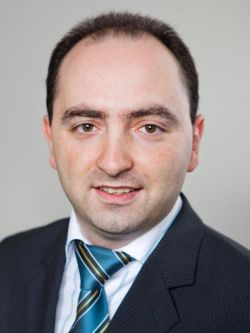 Elimination of double taxation suffered by Russian companies carrying out cross-border activities is one of the cornerstones of the Russian tax system. Despite this, the topic has long been overshadowed by discussions of tax implications for inbound investments (withholding taxes, permanent establishments, nondiscrimination, etc). In conjunction with this, in practice, elimination of double taxation has become an important issue for Russian businesses. Although Russian domestic tax law on the matter is brief and plain, a number of important issues arise when it applies.

3. Finally, it should be mentioned that Russian tax authorities and Russian courts generally consider whether the state of the source of income was eligible to collect tax before they allow such tax to be credited against Russian tax liability. In particular, they consider whether the activities of the Russian company indeed constitute a permanent establishment in the source state (which grants the taxing jurisdiction to this state), whether classification of income employed by the source state (which may affect the withholding tax rate to apply in the source state) is correct, etc. Should they disagree with the imposition of the foreign tax, the taxpayer may face rejection of the foreign tax credit, leading to a failure to eliminate double taxation.

The above are only a few practical issues that Russian taxpayers should be aware of. Many of them are in dire need of further clarification in the law. With more and more Russian businesses becoming involved in cross border activities, the author expects that elimination of double taxation will continue to be an area of tax practice that attracts more and more attention from tax practitioners and the business community.