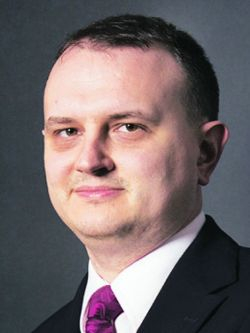 Despite being a feature of a different legal system, trusts are a common part of a personal ownership structure used by many Russian high-net-worth individuals (HNWI). Trusts are often sold by many providers as "a magic solution" without mentioning some of the potential practical difficulties that the beneficiaries may face. In this article, we look at some of the typical issues that Russian HNWI face when using trusts (in particular, English law trusts) and some of the approaches to solve these issues.

The key issue is that a trust requires the Russian individual to transfer legal title to the underlying assets to an independent trustee in order to ensure the asset protection benefits of the trust.

This is often difficult to accept and internalize for a Russian HNWI, many of whom are often private entrepreneurs.

Nevertheless, even more established trust jurisdictions (like the U.K. and Jersey) may still offer a compromise that on the one hand grants the beneficial owner a reasonable degree of control, and on the other hand maintains the asset protection features of the trust.

This is typically done through a combination of direct and indirect tools, such as granting fairly wide consulting and approval powers to a representative of the beneficiary (i.e., the protector of the trust), as well as incorporating the right of the protector to remove the trustee at any point. It is not uncommon for a trust with a Russian beneficial owner to have wider than normal controls, although great care should be taken to ensure that it does not undermine the asset protection features of the trust.

2. Contributing Assets in a Tax-Efficient and Legally Defendable Way

Russian law does not formally accept existence of trust as a legal concept. For this reason, direct contribution of a Russian asset to a foreign trust, especially if the change of ownership requires state registration, may be prone to attack. There are also Russian family law concerns that in some cases requires spousal consent for alienation of family assets.

Due to relatively straightforward personal income tax law, lack of CFC-type rules, as well as limited practice of divorce courts to chase assets in foreign jurisdictions, however, contributions of assets can typically be managed through initial contribution of the asset to a foreign vehicle and subsequent contribution / sale to the trust at the foreign level. Great care should be taken, however, that this initial contribution is properly structured and is defendable both from the Russian legal and tax perspective, especially if the trust is established to facilitate sale of business that happens shortly after the initial contribution.

3. Proper Management of the Structure

Often, even if the Russian beneficial owner ultimately accepts the concept of trust, he still often would like to retain some influence and control over the day-to-day matters of the underlying companies, and especially over cash.

Full and direct control over underlying companies, and especially bank accounts, is typically not possible in case a reputable fiduciary firm is used. Nevertheless, in some cases representatives of the beneficial owner may be granted viewing access to the bank accounts, and in exceptional cases even be granted co-signatory powers to the key bank accounts, other than the trust's own bank account. It may also be possible (subject to managing Russian permanent establishment risk) for them to act as co-directors on the board of foreign holding companies in the structure. If properly managed, such approach can both satisfy the need for operational control of the Russian beneficial owner, and be acceptable to the trustee without severely limiting the asset protection function of the trust.

4. Managing Maintenance Costs for the Structure

A common conflict between a trustee or other fiduciary service providers is the cost of running the structure. Fiduciary firms like to bill for their services based on the hours actually spent maintaining the file, as well as often have to engage external advisors on complicated issues, should they arise, whereas their Russian clients tend to prefer certainty of fixed fees.

Limiting possibility of the trustee to incur such expenses in the trust deed is not technically possible (as it will interfere with its duties as the trustee, and may therefore be overridden through court decision). However, the settler may indicate his wishes for consulting him on incurring any costs in excess of a certain pre-agreed the limit. He may also insist on including specific reference on the need to inform him in advance about any likely additional fee, as part of annual confirmation of the fees, that is typical for many fiduciary companies.