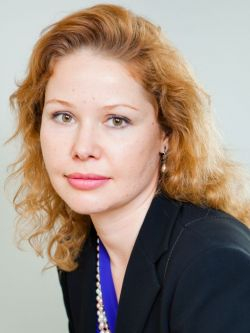 Recent legislation on the national payment system, or NPS, fills a number of gaps in the prior law in such principal areas as (i) the electronic payment systems and (ii) electronic money, which lacked any sort of adequate regulation in Russian law. In this sense, the NPS legislation is both modern and timely.

In particular, payment systems are a more effective method of handling money transfer services in comparison with traditional interbank relationships. The fundamental difference is that payment systems are organized on a multilateral basis, whereas traditional interbank relationships are structured on a bilateral basis. Thus, participating in a payment system gives banks the opportunity to conduct settlements with one another without having direct correspondent account agreements, thereby avoiding having to conduct settlements via a "chain" of banks.

One of the key innovations in the NPS legislation is the introduction of the concept of multilateral netting (or, using the terminology of the NPS legislation, "determination of the net-basis payment clearing position"), without which it is practically impossible for a contemporary payment system to function. In addition, steps have been taken so that the institution of multilateral netting is upheld (and not challenged) in case of the bankruptcy of participating banks.

As for the regulation of e-money, the NPS legislation has introduced a monopoly for credit institutions to issue and transfer electronic money. It is a positive sign that the definition of electronic money is based on the approach adopted in international practice, namely, using the principles of prepaid value and the monetary obligation of the electronic money issuer to the person that has provided the underlying funds.

The NPS legislation also took steps toward introducing various new e-money-based products, such as mobile payments; the division of prepaid products into personalized and non-personalized; and the recognition of the possibility for the use of electronic money and electronic means of payment by legal en-tities.

Given that the NPS legislation is quite skeletal in nature, serious doubts remain concerning the implementation of the new legislation, where a lot will depend on the role of the Central Bank and its implementing acts and policies.