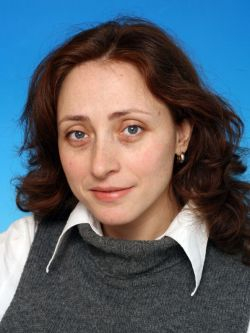 The term pro bono is a commonly used Latin phrase meaning "for the public good." Pro bono activities, unlike regular volunteering work, use the specific skills of the professionals involved. For legal firms, pro bono work can range from helping underprivileged individuals in the community, to providing advisory services to charities and nongovernmental organizations, or even assisting prisoners on death row.

Law firms have a long history of providing pro bono support, and indeed many lawyers consider it an ethical obligation to assist the more disadvantaged members of the community. But, in our experience, the benefit is not only to the individual or organization on the receiving end of the support. Our lawyers frequently cite the sense of personal pride that comes from their pro bono engagements and the value of the long-term relationships it builds with those they work with on these types of initiatives.

Until a few years ago, the practice of legal firms donating their advice and other services for free was an unfamiliar concept to many in Russia. During the country's transition in the 1990s, pro bono legal services were not a priority for domestic and international law firms largely focused on establishing a place for themselves in a modern Russia. Since then, law firms have grown in strength while the legal environment for NGOs has become more challenging. New registration requirements and complex tax regulations have added a heavy burden to NGO operations, and securing access to affordable legal support is now critical to strengthening civil society. It is here that both international and local firms can have the greatest impact, particularly in the short term.

One example of the increasing emphasis on pro bono work can be seen in a project that Clifford Chance has been involved with since 2008. Working alongside a number of other Russia-based firms, this project was implemented in cooperation with the charitable foundation United Way Russia and the Public Interest Law Institute. The foundation provides a series of legal seminars where our lawyers, together with NGO law experts, share their expertise and knowledge for the benefit of the wider NGO community. So far, 714 participants from 438 organizations have taken part in these sessions in Moscow and St. Petersburg with more planned later this year.

This type of initiative complements other recent steps in Russia to establish a more comprehensive legal aid system that goes beyond NGOs providing free legal advice to their core target group (such as disability charities supporting disability rights). On a state level, since 2006 a number of "state legal bureaus" have been piloted in several Russian regions. The bureaus provide legal aid in all noncriminal matters to those living below the poverty line, as well as to some vulnerable groups, such as pensioners and people with disabilities (criminal legal aid has historically been, and remains, a purely ex officio model managed by local bar associations). Simultaneously, some of the more economically advanced regions have begun to introduce their own civil legal aid schemes, funded by local budgets and implemented by local bar associations.

But there is still some way to go.

In recognition of this, a federal bill was submitted by the president to the State Duma for discussion and approval on July 20. The bill aims to establish a model for the development of a free legal system in Russia to include both state and nonstate systems.

In this model, there is a clear role for the private sector legal industry.

One of the great challenges to securing further progress, at present, is awareness. Many NGOs do not know where to turn for free legal advice, and law firms do not know where the need lies. Initiatives such as Clearinghouse, run by PILnet, goes some way to addressing this gap, bringing together NGOs with legal needs, with those firms willing and able to assist them.

Greater awareness will also increase the variety of pro bono legal work demanded and provided, which will in itself act as a driver for development of the pro bono sector, engaging a wider range of charities, NGOs and individual lawyers with a wider range of skills.

As the pro bono environment begins to mature, it also becomes of greater interest to clients. In our experience, many multinational organizations already consider this aspect of a law firm's activities when choosing their advisers and that trend is hardening. Again, this creates a positive driver for adopting a proactive stance on pro bono work, as does client desire to collaborate with their legal advisors on some of these pro bono initiatives, another clear trend.

For those markets where pro bono is well established, such as the United States and Britain, it is customary for law firms to put in place formal and public pro bono and community affairs programs that are carefully scrutinized by clients, recruits and industry commentators. In the United States, the bar association even recommends a specific number of pro bono hours to be undertaken by each lawyer every year.

While Russia's embryonic pro bono culture may not yet have reached this stage, it is certainly evolving fast and has taken significant steps forward in the past decade. But there remains huge untapped potential — not just in the legal sector but in other professional services arenas. We look forward to seeing this change in the coming years.

The UN Human Rights Council on Friday agreed to monitor the rights situation in Russia, marking the first-ever resolution focused on violations inside...
payment in kind

Frozen Fish and Limitless Cabbage: How Russia is Motivating Draftees

When even money and patriotism are insufficient to inspire Russians to sign up to fight in Ukraine, it’s time to bring out the big guns such as food...
prestigious award