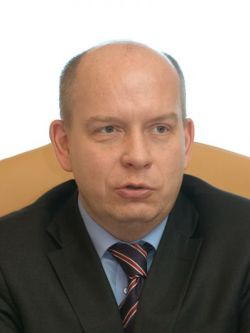 The issue of land use and forest management in the Moscow region is extremely relevant today. Suffice it to say that in 2010 almost 10,000 civil land dispute cases were closed. Conventionally, they can be divided into three main groups:

Disputes between citizens today are large in number (regarding fairly dividing plots of land, identifying procedures for using the site, disputes between adjacent land owners). All these lawsuits are aimed at defining the boundaries of land use;

Disputes between agricultural enterprises and owners of land shares, which were organized at the beginning of the '90s as state and collective farms, regarding the ownership of land shares and allocating tracts of land;

Disputes between citizens on the one hand, and federal agencies and local governments on the other.

Disputes in the last category are the most numerous. They include a variety of disputes about rental and ownership of land, as well as problems with registering land and cadastral accounting transactions.

Real-life cases show that the cause of such disputes is the large, intricate and often changing array of regulations that govern land tenure, and the lack of work by the corresponding authorities, who prefer to act according to the rule "better to deny and not give anything away, than to give something and later have to answer for it." With this approach, the only way out for citizens is to refer to courts — as the independent and competent authorities that they are — and most importantly, to their ability to make a final decision and to understand the intricacies of the law and the unique facts of each situation.

Unfortunately, authorities also have a vested interest in judicial procedures since the decision made by courts will release them from liability and the potential claims of their superiors, the controlling and supervising organs. They can refer to the court's decision whether the actions in question were found to be illegal or not — in either case there will be no adverse consequences for negligent officials.

Disputes between owners of land shares and agricultural enterprises established on the basis of former collective and state farms began to appear after the land reform of the early 1990s. The reform was meant to give employees land shares, which could be obtained from large land plots to create privately run peasant farms.

But most Christians did not use this opportunity, and until recently were indifferent to obtaining such land units. The situation changed about five years ago, when it became possible to obtain land plots with no obligation to engage in agricultural activities. Land was transferred into the same category as the possibility to build individual residential and garden houses, villas, which resulted in significant increases in the value of land.

By the time such cases had gone through the courts, former peasants and successors to state and collective farms already had similar documents that entitled them to land, and there was no information about where precisely these documents were. These circumstances created difficulties in making legal decisions. As a result, in Moscow court practice there prevailed the approach that presumed that any owner of land plots who did not break off to create a farming community contributed his share to the communal capital of the collective farm. This position is based both on legal and regulatory frameworks, and on the realities of the time (workers of state and collective farms became the workers of new businesses, which received all rights to the land).

This article presents a schematic and brief overview of land use problems in the Moscow region. We are delighted that such a complex and multilayered issue has a whole conference dedicated to it, one of whose organizers is your publication.