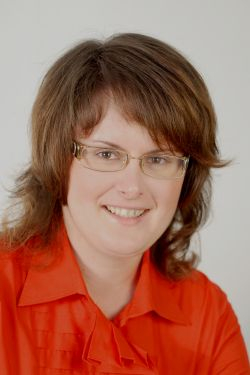 According to IntermarkSavills' research, during the first half of 2011 the average elite rental market supply budget was $7,090, which is 12 percent higher than in 2010 and 10 percent more than pre-crisis prices. The average rental rate increased 7 percent and amounted to $651 per square meter per year.

The most expensive rental housing is concentrated mainly in districts such as Patriarch's Ponds, Arbat-Kropotkinskaya, Krasnopresnenskaya, Tverskaya-Kremlin and Zamoskvorechye. This is due to a reduction in supply in these districts against a background of high demand. Rental rates in these areas can be up to $756 per square meter per year. By contrast, the lowest rents, which account for not more than $585 per square meter per year, are noticed in such districts as Taganskaya, Kuntsevo, Kutuzovsky Prospekt, Leninsky Prospekt and Prospekt Mira.

However, the situation with large apartments (more than five rooms) is much worse. Traditionally, they are especially sought-after in districts where international schools are situated, but now there is a sharp deficit of this kind of property there.

There is an interesting fact that in central districts like Arbat-Kropotkinskaya rental rates for two-room apartments increased 20 percent, and for three-room apartments they remained at the same level.

More requests are coming from families with children for country houses in terms of both environmental cleanness and levels of comfort. Several large companies offer housing in gated compounds with a professional administration, such as Pokrovsky Hills, Rosinka, Serebryany Bor, etc. But most of these compounds have waiting lists as the number of offers is very small. However, the country property market is developing very dynamically, and today there are some interesting compounds that may become a worthy alternative — Angelovo, Kurkino, Otrada, Barvikha, etc.

On the basis of analysis held by our experts, they determined a number of main tendencies that are topical at the moment in the market, as the following:

Current trends noticed in the high-budget rental market in Moscow have a direct impact on corporate clients who are now experiencing more difficulties in renting an appropriate type of housing. In accordance with this fact, IntermarkSavills' experts developed several recommendations for big international companies' coordinators to facilitate the search for suitable properties.

Moscow had warned of a "humanitarian crisis" on the Svalbard archipelago after Oslo halted a shipment headed for the islands.
wary eye

Those found guilty of helping foreign individuals or organizations act 'against Russia's interests' will face up to eight years in prison.