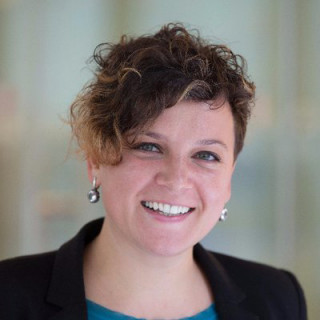 The death of a tyrant, abduction by the secret police and insight into the minds of some of the greatest composers in history are all part of the details that Russia’s Bolshoi Theater has discovered in the margins of the centuries-old sheet music in its archives.

The discoveries have been made during the digitalization of the Bolshoi’s music archives, which are some of the oldest and most extensive in the world and include rare treasures such as a 15th-century Italian songbook score containing handwritten words in Latin.

Amid the pieces of music are also notes and doodles by ordinary musicians, written and drawn during countless hours spent in the orchestra pit or rehearsal rooms of the 18th-century theater, bringing touches of humor and reality.

At the bottom of one music score, written in Cyrillic capital letters, are the words “The Great Stalin is Dead,” referring to the Soviet dictator who died in 1953. The word “Great” has been scratched out. No one knows whether that was the original author or one of the next musicians to use the score.

Until the Soviet Union collapsed two decades ago, the theater was the scene of official events and performances, and it is clear that the musicians had their own opinions on the political climate of the day, said Bolshoi archivist Olesya Bobrik.

“It seems they came for Tatyana,” one violinist wrote during rehearsals of Pyotr Tchaikovsky’s opera “Eugene Onegin” in 1968, referring to the frequent disappearances of people taken away by the Kremlin’s secret police for interrogation.

Another note from 1940 on the side of an opera by composer Carl Maria von Weber read: “It was 8 degrees [Celsius] today, and we played. Some people’s noses froze.”

Bobrik said the repetitive nature of orchestra life — playing the same pieces of music over and over — can be boring, and sometimes minds wandered.

“They get bored and try to entertain themselves with doodles, cartoons, writing notes to each other,” she said.

The Bolshoi has digitalized about 20 percent of the archives, under a project it embarked on two years ago. The results will eventually be made available online.

The cream-colored, eight-columned ballet and opera house suffered three fires during the 19th century, and much of the early archive collection was destroyed.

The documents that survived the fires in 1805, 1812 and 1853 are counted among its most treasured pieces.

“Most of the oldest and most valuable things, of course, originate from the Italian composers … and several French and German [composers] who worked in Russia,” archive administrator Boris Mukosei said.

“Many of them were the best-known musicians in Europe, earning quite big money — it must be said that the Russian monarchs had quite elevated taste and invited first-class musicians here,” he added, with a touch of pride.

Russia’s own national musical heritage is widely represented in the archive, with manuscripts by composers such as Nikolai Rimsky-Korsakov, Sergei Rachmaninov and Dmitry Shostakovich.

Renovators are fighting against the clock to finish the $1 billion remodeling of the Bolshoi, which is expected to be complete in October of this year.

But officials investigating allegations that massive amounts of money destined for the rebuild were stolen has shrouded the revamp in scandal and embarrassed cultural authorities.

The theater’s main seating hall is expected to be finished by September, allowing for ballet and operatic troupes to rehearse ahead of the planned October reopening.