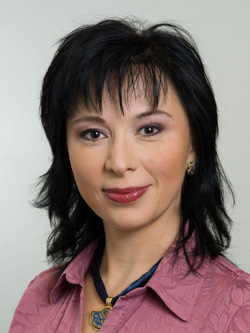 Summer is traditionally the time for holding internships, a practice that is quite common among financial companies and banks. Experts frequently speak of the importance and effectiveness of "growing" in-house personnel and training young specialists.

Most internship programs have been held for many years now. For example, our program was launched in 2001, when the Russian stock market was only 10 years old and qualified investment professionals were in short supply. At the time, universities were lacking teachers with the appropriate level of professional experience, as well as high-quality academic materials.

There are two ways today that companies fill some of their vacancies by attracting specialists from the labor market. However, for certain narrow segments where personnel with the necessary qualification are still in short supply, filling vacancies using in-house resources is far more advantageous.

In particular, it can be difficult to find promising young specialists for entry-level positions in business departments, for example — traders and IB analysts. Before becoming a trader, one should work for at least a year in the middle office, where certain personality traits are needed. An internship in this department allows the young specialist to exhibit such qualities, and the company to assess the worker's capabilities and desire to perform such work.

Some companies make special arrangements with institutes and universities, and students from all higher learning establishments are welcome there to apply for internships. It's true that when recruiting interns HR specialists concentrate on the 10 leading universities — those historically most reliable — yet the deciding factor is the candidate's level of background in economics, mathematics, information technology and English.

Sometimes, a company's human resources division develops its own system of evaluating candidates for internships. But in any case it's a common practice when recruitment procedure is split into several stages. Potential interns send their resume, undergo testing for perception of quantitative and verbal information, participate in business games and demonstrate knowledge of English. Another distinguishing feature for Troika Dialog is the so-called Summer Class — a two-week course of lectures held both by invited experts and employees of the company's Russian and international offices. The goal of the Summer Class is to explain how the organization is built and functions. After the Summer Class, candidates are tested. In the final recruitment stage, the potential interns are interviewed by HR specialists, and then by their future supervisor. The HR division tries to select different types of candidates for the business and support departments, since a person's predisposition for one kind of work or another largely depends on his or her personality.

An internship itself lasts for two or three months. Because inexperienced employees require a greater amount of attention, interns are usually assigned to an adviser, who will assign tasks to the intern for the duration of their work. Once an internship is over, offers are made to some of the young specialists to join the company on a full-time basis — such a decision is made together with representatives of the department where the internship was held and an HR specialist. The number of graduates that an organization can accept depends on its personnel requirements. For Troika this year the internship is a global project. It is being held not only in Moscow, but in 11 Russian regions, as well as Ukraine and Kazakhstan. More than 1,200 applications were sent to Moscow. In the regions we received 250 resumes. Of the total candidate pool, 325 people were chosen, of whom 100 were invited to the Summer Class. Such high results show that there is interest on the part of students in receiving practice in the investment business.

Russian officials have not confirmed the annexation of occupied regions of southern Ukraine.
Big Mac To Go

Moscow’s mayor announced plans to bring back the model after nationalizing the city's Renault-owned car plant.