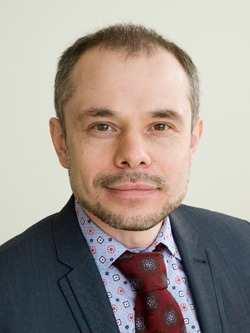 The St. Petersburg International Economic Forum was preceded by the first International Legal Forum that took place in St. Petersburg on May 20. President Dmitry Medvedev, speaking at the event, noted that one of the most prominent changes in the Russian legal system was that the practice had been abandoned whereby the state collected all the amounts received from transactions that appeared dubious to the tax authorities. The head of the state emphasized that bona fide businesses should be confident in preserving what they generate from their transactions. Why has this matter caught the president's attention?

Medvedev noted in his budget message on budgetary policy for 2010-12 that "tax avoidance schemes still put the stability of budget revenues at risk." Taxpayers, in turn, are forced to pay for the tax sins of their suppliers — fly-by-night companies are notorious among business executives. The widespread tax schemes restrict the development of business and prevent the introduction of tax benefits encouraging innovative activities. Thus, the need to fight tax abuse is obvious.

The tax authorities, while suppressing numerous instances of tax avoidance involving sham or fraudulent transactions, have tried to apply Article 169 of the Civil Code as a dangerous weapon (according to this article, the total amount generated from a transaction entered into "with a purpose knowingly at odds with the principle of law and order or morality" shall be confiscated, i.e. collected as revenues for the state). After numerous appeals from businesses, critical reviews in the mass media and discussions in the legal community, the Plenum of the Supreme Arbitration Court has clarified that this article cannot be used to fight abusive tax schemes.

Acknowledging a problem is the first step toward solving it

Trying to reduce expenses and increase profit, companies sometimes go over the line and commit tax abuses — they create various tax avoidance schemes that are not officially forbidden by the tax law. However, closing specific loopholes in the law is useless — the very next day some wise guys will find new ones. As a result, those who are ready to pay what is required by law are in a less favorable position than those who know thousands of comparatively legitimate ways to avoid paying taxes.

Russia is not the only country with a pressing problem of law being abused to avoid paying taxes. European countries, given that borders within the EU are transparent, lose billions of euros annually due to so-called "carousel schemes." The global recession made the governments of developed countries focus on tax avoidance with the use of offshore zones as a way to target tax avoiders, rather than taxpayers, to replenish their budget. Recently, some cases came into public attention, where well-known banks and audit firms assisted individuals with avoiding taxes in their countries of residence. In 2010, the United States added a special section to its legislation that allowed the IRS to check whether taxpayers were bona fide.

Besides, the problem with abuse is not only typical for tax relations. For example, Article 10 of the Civil Code forbids the actions of individuals and legal entities performed with the sole purpose of causing damage to another person, as well as other rights abuses. Article 10 of the federal law on protection of competition forbids business entities to abuse a dominant position, while Article 52 of the Constitution protects the rights of victims of offences and abuse of power. Therefore, it is officially admitted that in many cases abuse is committed by state officials acting in a way that formally complies with the law, but is not in line with public policy objectives and the values of society.

The main drawback of all abuses is that the real objective of actions is at odds with the law. The Supreme Arbitration Court in its clarification on unjustified tax benefit suggested that the courts and tax authorities apply to transactions the business purpose test and substance over form test. This means that the rules generally binding on the taxpayers and tax authorities, i.e. principles of law, have been established by judicial authority, rather than the representative authority. Moreover, the judicial authority did not and could not have proposed a "tax investigation" procedure into which the majority of tax audits have actually mutated.

That is the reason why Medvedev suggested, as high priority measures, "enshrining in the law tools for fighting abuses of the Russian law on taxes and levies for the purpose of minimizing tax, using the practice accumulated by arbitration courts." In other words, we need to codify (i.e. enshrine in law) the business purpose doctrine and other judicial doctrines already used by the courts.

The drafting of a law for such a complicated and socially pressing issue needs to be worked through thoroughly in advance, in addition to requiring a good knowledge of Russian and foreign practice, as well as public support.

Therefore, the Russian Chamber of Commerce and Industry and the professional legal journal Nalogoved decided to hold a nationwide contest in 2011 for the best draft law on fighting tax abuses. The contest is held under the auspices of the Finance Ministry. The contest aims to develop some civilized legal tools that would protect the state from tax abuses, on the one hand, and, on the other hand, protect companies and individual entrepreneurs from the tax authorities arbitrarily reclassifying the tax consequences of their transactions.