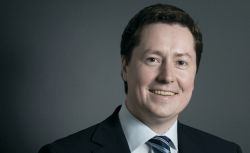 AAR and BP, TNK-BP and Rosneft

Numerous contracts and agreements in the Russian corporate world include English law provisions. An example of this is the shareholder agreement between BP and the Alfa-Access-Renova consortium, or AAR, covering their Russian oil producing joint venture, TNK-BP. The provisions of this shareholder agreement were central to a dispute between AAR and BP over BP's plans to establish an Arctic oil exploration and development joint venture with Rosneft and to conduct a $16 billion share swap.

The announcement of the joint venture and share swap plans between BP and Rosneft in early January with high-level government encouragement saw AAR seek redress, claiming that its rights under the TNK-BP shareholder agreement were being violated. AAR was granted an interim injunction in English courts, pending the outcome of a London-based Stockholm arbitration process, preventing BP and Rosneft from proceeding. The arbitration panel subsequently determined that the injunction should remain in place indefinitely, with the provisions of the shareholder agreement between BP and AAR over the operation of TNK-BP effectively preventing a tie-up between BP and Rosneft. 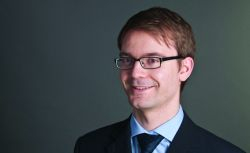 Subsequent discussions between BP, AAR and Rosneft, which continued to an extended deadline in May, failed to produce agreement on enabling the BP-Rosneft joint venture and share swap to proceed within the framework of the TNK-BP shareholder agreement, or over reported moves by BP and Rosneft to buy out the 50 percent AAR stake in TNK-BP to circumvent the TNK–BP shareholder agreement. The proposed deal between BP and Rosneft ended with the passing of an extended deadline. It has subsequently been reported that Rosneft and Royal Dutch Shell have held joint venture discussions in the wake of the collapse of Rosneft's plans to link up with BP, with other reports referring to plans by BP to sell some of its stake in TNK-BP, as a possible means of facilitating a new deal with Rosneft.

We believe that the TNK-BP shareholder agreement contained an effective right of first refusal for TNK-BP of BP's oil exploration opportunities in Russia. A London court and Stockholm arbitration panel agreed with AAR that the proposed share swap and joint venture between BP and Rosneft would contravene AAR's right to participate in BP's Russian oil exploration activities through the TNK-BP joint venture.

Injunctions are very flexible court orders requiring or prohibiting a person from doing something. They will not be granted unless an applicant demonstrates real prospect of success at trial, in circumstances where damages, instead of an injunction, would not be an adequate remedy. A breach of injunction is generally considered contempt of court, which can lead to penalties including fines and imprisonment.

In England, injunctions have long been used as a remedy where unique opportunities lie at the heart of a dispute. In the current example, AAR must have wanted to force BP to honor the shareholder agreement between them, providing AAR with a stake in any future Russian exploration opportunities involving BP, through TNK-BP, and not simply being content to receive damages from BP for any breach of contract.

The concept of injunctions under Russian law is currently quite limited. It is very unlikely that a Russian court would have been able to make an order stopping the deal between BP and Rosneft. Therefore, BP would most likely simply have been ordered to pay damages to AAR if a breach of the shareholder agreement was established. However, because AAR and BP chose to conclude a shareholder agreement that we presume was governed by English law, AAR was able to apply for an injunction from an English court specifically preventing BP from proceeding with the joint venture with Rosneft without AAR's involvement through TNK-BP.

The usual round of "Russia bashing" that these events have triggered in many Western media circles has seemingly missed the point that the rule of law — and specifically the rights and obligations of shareholders in an agreement — has been upheld in Russia, prevailing over the wishes of powerful companies with full state backing.

The case of the TNK-BP shareholder agreement illustrates that the governing law of a contract is highly significant and should be chosen with care. English law is widely used in international transactions and across a variety of jurisdictions (often in conjunction with local laws), including in many corporate agreements in the Middle East, Africa, Singapore, Hong Kong, China, India, Russia and the CIS. This reflects a range of historical and practical reasons, with the legal systems of Canada, Cyprus, India, Australia, New Zealand, Singapore and Hong Kong largely based in English common law.

London's historical role as a global financial center, with a number of major global financial institutions still domiciled there, means that English law is often insisted upon when issuing financing documents. It also means that interpretation and practice relating to this area of law is clear and well established, with documentation well developed. The English language is, of course, also generally recognized as the major international business language.

The Key Merits of English Law for Business

English law is a common law system, based on a combination of legislation and case precedent — it is not set out in a single civil code. This enables English law to be flexible, adaptable and practical in addressing the developing needs of commerce, as technology, evolving markets and new techniques all continue to revolutionize business.

English law principles are clear and well established. Within broad parameters, businesses and their advisers have the legal freedom and flexibility to agree to whatever terms they want on their transactions. Courts will interpret what the parties have written in a contract, with laws and rules themselves less prescriptive when interpreting the intentions and actions of the parties. This makes it relatively straight-forward for businesses to transact and to understand clearly what their rights and obligations are under the contract, just by reading what is written in it. This is particularly helpful where one or more of the parties do not have English as their first language.

Business partners often choose to enter English law-governed shareholder agreements because English law gives them the flexibility to structure an agreement exactly the way they want, and English law has an established use of a number of key provisions that are often invaluable in shareholder agreements. These key provisions include concepts such as put and call options, rights of veto, restrictive covenants, drag along and tag along provisions, good leaver and bad leaver provisions, step-in rights, share ratchets and deadlock mechanisms, which we regularly advise clients on.

English law has a fully developed jurisprudence and judiciary universally respected for its independence, high caliber, integrity and dependability. The judicial system is reasonably efficient and comparatively cheap, at least as regards the costs of court proceedings themselves. Finally, English courts and arbitration tribunals have a strong reputation for reaching fair, balanced and unbiased judgments and rulings and (on the whole) clear and predictable outcomes.

The statement contradicts Kyiv’s account that the evacuated Ukrainian soldiers would be exchanged later.
any way out

Navalny in March had his jail time extended to nine years on charges he and his allies say are politically motivated.
'military operation'

Western military officials assess Putin's level of engagement in the military push for Ukraine’s Donbas region to be very high.