Contribute Today
By Vladimir Tchikine
May 17, 2011 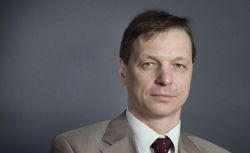 Many companies engaged in importing production equipment in circumstances where it cannot, for logistical reasons, be delivered as a single consignment and needs to be imported over an extended period in a series of deliveries.

Since 2001, there has been a specialized customs clearance procedure for such equipment, which considers the specific logistics involved (April 23, 2001, No. 388 "On approval of the Instruction on the procedure for classification in accordance with the TN VED, customs clearance and customs control with respect to vehicles supplied in the form of separate components"). This allows companies planning delivery of complex production lines to apply to the Federal Customs Service for all components and units to be classified under a single customs code. The single customs code has the benefits of:

After the FCS determines a classification, the importer applies to local customs for permission to use the special procedure, i.e. to have the imported components conditionally released to the plant without customs payment, before carrying out final customs clearance and payment, as an integral production line, only once all components have been imported.

On April 30, 2011, new rules came into force for customs clearance and importation of production equipment with most changes benefiting importers and simplifying import conditions, but with some specific changes that need to be considered when planning equipment deliveries (Articles 107 and 215 of the Federal Law "On Customs Regulation in the Russian Federation". Order of the FCS of Russia of Feb. 4, 2011, No. 206 "On approval of the Instruction on the specifics of completing an application for conditional release (application for release of a component of an exported good) and goods declaration"). These changes include:

The new rules require that equipment be counted either in pieces or in kilograms. Therefore the classification applicant must know exactly how many pieces of equipment will be delivered in the future and, where this is not possible, the weight of the components on the date of the application for the classification.

Old regulations' practices allowed the use of informal units of measure, e.g. a classification decision entry could read: bolts of iron, HS 7318.15, quantity one set. The reference to "one set" is no longer legal, and the applicant needs to know exactly, and in advance, how many kilograms of bolts will be imported. Although this is a straightforward requirement for standard items, the new requirement becomes particularly onerous where industrial scale machinery, often highly specialized and irregular, requires notification of a precise weight in kilograms in advance of packing, and accompanying documentation.

This means that companies importing production equipment need to pay close attention to components into which it can be broken down. Larger units that are difficult to transport are better broken down into smaller consignments that can be delivered at one time. But this needs to be planned for and done before any submission to the FCS in order to avoid having to amend the classification decision after end and/or keeping partially delivered equipment components at a bonded warehouse in Russia.