Contribute Today
By Nikolay Stepanov
May 9, 2011 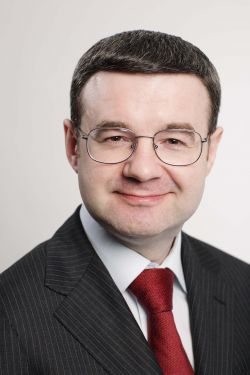 Russia is conventionally regarded to have a Roman-German legal system, with its legal source being legislation. However, regulation of tax relations is in practice largely based on case law, and in 2010 there was a growing tendency to establish a case law system in Russia.

Here we would like to note the Decree of the Constitutional Court, dated Jan. 21, 2010, No. 1-P on the precedent of the significance of decrees of the Supreme Commercial Court as well as the order of the Federal Tax Service, dated Feb. 9, 2011, No. MMV-7-7/147@ on organization of work for representation of tax bodies' interests in courts, prescribing tax bodies to take into account the established case law when appealing against court judgments that were unfavorable for them. Accordingly, in 2011 one can expect a further decrease in the number of tax disputes in court, because up until now the tax bodies have challenged practically all judicial acts. Curiously, as it follows from the statistical report on the work of the Russian Commercial Courts in 2010, and as was published on the Supreme Commercial Court web site, the number of cases on challenging the tax bodies' decisions in 2010 was half the number compared with 2009, thereby providing further evidence of modern tendencies in present-day case law.

Throughout 2010, the Supreme Commercial Court has been actively involved in regulation of tax relations in an attempt to protect the taxpayers' interests and, at the same time, observe budgetary concerns. As a result, many judgments, both advantageous and disadvantageous for taxpayers, have been passed.

Among those in favor of the taxpayers, we would like to point out the following decrees of the Supreme Commercial Court Presidium:

At the same time the Supreme Commercial Court Presidium issued judgments that are unfavorable for the taxpayers, including the following:

In addition, the Supreme Commercial Court Presidium dotted the i's and crossed the t's on the issue of obligatory participation of a taxpayer in consideration of his appeal by a superior tax body, stating in Decree No. 4292/10, dated Sept. 22, 2010, about the absence of such an obligation for the tax bodies. By its Decree No. 3303/10, dated July 15, 2010, the Presidium also deprived taxpayers of the possibility to recover as damages the losses incurred in preparing objections against tax inspection. We would like to note that, in general, judgments of the Supreme Court largely contributed to making the relations between the taxpayers and the tax bodies clearer. And there's hope that this year we will witness the further establishment of the case law system in Russia, at the same time ruling out the chances to give retroactive enforcement of the judicial interpretation deteriorating the taxpayers' position, so as to put into practice the principles of consistency and the transparency of taxation.