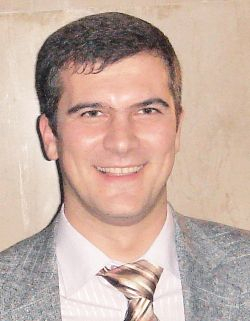 The issue of whether the taxpayer may suffer negative tax implications as a result of violations committed by its counterparties was always a cornerstone in administrative and court practice. One of the aspects of this problem is signing of documents issued on behalf of the taxpayer's suppliers by persons other than those whose names are indicated in these documents. This is a quite usual situation for so-called "one-day companies." The main feature of these companies is that their CEOs and shareholders are just nominal persons and the documents provided by these companies are usually signed not by these nominals indicated as the signers but by those who actually manage the company (further referred to as "unidentified persons"). As a consequence, the tax authorities disallow offsetting VAT and deducting expenses supported by the documents signed by these unidentified persons.

The approach of the courts to this position of the tax authorities has changed during the last several years. The most important rules on this issue were stated in Decree No. 53 of the Higher Arbitration Court Plenary Session dated Oct. 12, 2006:

These rules show that the tax benefits may not be disallowed just based on a formal approach to the primary documents: The reality of transactions should be considered. However, the Higher Arbitration Court itself is not consistent in following these rules.

For instance, the question of the possibility to use the tax benefits (such as VAT offset and deduction of expenses) in case the supporting documents were signed by unidentified persons was considered in Decree No. 9299/08 of the Higher Arbitration Court dated Nov. 11, 2008. The court ruled that the tax benefit in this case was invalid. However, it should be noted that this case is not illustrative because the argument that the documents  are signed by the unidentified persons was not the only one; the court also referred to the facts showing that the taxpayer did not carry out real economic activities.

In 2010, the Higher Arbitration Court ruled that incorrect information in the documents may not lead to disqualification of the tax benefits unless the tax authorities proved that the transactions recorded for the tax purposes had no economic substance or the taxpayer was informed or had to be informed that its supplier provided incorrect information in the documents (Decree No. 18162/09 dated April 20, 2010, and Decree No. 15574/09 dated March 9, 2010).

However, again in 2011 the Higher Arbitration Court ruled that "the documents executed on behalf of the unidentified legal entity may not serve as a ground for the deduction of expenses and offset of the VAT." Thus, the court neglected the fundamental ideas laid down in Decree No. 53.

We believe that the tax authorities' position does not comply with the current tax law as the law does not vest the taxpayer with the obligation to verify authenticity of signatures on the primary documents and VAT invoices.

Tax law is based on the principle of the economical grounds of taxes (Article 3.3 of the Tax Code). This is the reason why Decree No. 53 says the tax benefits may be considered invalid in case they are not connected with real economic activities of the taxpayer. Consequently, we may conclude that unless the signing of documents on behalf of the suppliers by unidentified persons disposes the fact of real business transactions supported by these documents or proves that the taxpayer was informed about the violations committed by its supplier, the tax benefits cannot be disqualified (considered invalid). Unfortunately, as illustrated above, the court practice is still contradictory and the Higher Arbitration Court itself does not always follow these rules.