Contribute Today
By Stanislav Tourbanov
May 9, 2011 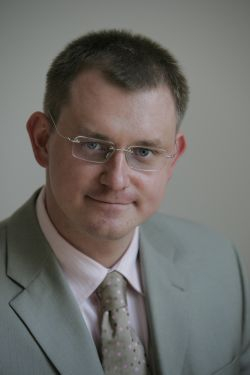 Trading in food and non-food goods is inevitably connected with trading organizations incurring losses of goods to be written off due to loss of quality (due to spoiling or breaking) or marketable appearance, expiration of shelf life or otherwise as those cease to be available for further sale. Moreover, for retailers selling goods in trading areas of self-service stores, losses due to theft represent an acute problem. At the same time, the tax legislation does not provide efficient mechanisms that would enable to deduct incurred losses from taxable profit.

Thus, the Tax Code contains no direct reference to inventory losses due to goods breaking, spoiling, or their shelf life expiring. Such losses may not be included in losses of goods due to biological and chemical reasons (so called "natural waste") or technological losses. Given the above, tax authorities disallow tax deduction of such expenses.

In 2009, in its Tax Policy Guidance for 2010 and Planning Period of 2011 and 2012, the government set out the objective to permit trading organizations to deduct losses due to spoilage and breakage.

It was also proposed that maximum deductibility rates for such expenses are established by law. Unfortunately, as of today there is still no draft law contemplating the above provisions.

Nevertheless, the developing court practice inclines toward recognizing such losses as deductible expenses due to the fact that those are conditional upon the specificity of the trading business. Courts confirm that such expenses may be qualified as "other expenses relating to sales," referred to in Article 264.1(49) of the Tax Code.

However, the right to deduct inventory losses due to products breaking, spoiling and expiration of shelf life is always subject to sufficient documented substantiation. For this purpose, it is necessary that trading organizations develop their internal regulations detailing the procedures for identifying and eliminating defective goods and approve supporting documents (statement of products spoiling and breaking, statements of goods being written off, etc.).

Such documents shall be executed by the trading organization's commission composed of its employees. In addition to the requisite disclosures in the source documents, they shall contain a detailed description of identified defects (see, for example, Ruling No. VAS-7524/10 of the Supreme Arbitration Court dated Aug. 31, 2010, and the decisions of the lower courts on the Perekryostok-2000 lawsuit).

Thus, there is a currently available opportunity for trading organizations to introduce — without waiting for the long-promised legislative developments to happen — certain rules that would enable tax deductibility of losses resulting from breaking, spoiling and expiration of shelf life of goods.

It should also be noted that similar approaches may also be applied by manufacturers of goods incurring losses of finished goods in stock.

It is much more difficult to deduct losses due to shortages. Tax legislation allows deducting expenses due to shortages of goods and losses due to theft when no guilty person is established (Article 265.2(5) of the Tax Code). In this case, the absence of guilty persons is subject to documented confirmation obtained from a competent state authority. However, it is impossible to establish and confirm the fact of theft in self-service stores in the manner prescribed by law. General stocktaking procedures are of no help in this situation. As a result, the existing court practice does not allow relying upon the above provision with respect to losses due to shortages and theft.

Attempts to deduct losses on other grounds proved to be unsuccessful as well. As a recent example, in upholding the decisions of the lower courts, the Supreme Arbitration Court stated that the documents provided by the trading organization to substantiate its losses due to shortages of goods do not allow qualifying such losses as natural waste, losses due to theft or other expenses relating to sales (see Ruling No. VAS-13572/10 dated Oct. 11, 2010, on the Pallada Torg lawsuit).

It is obvious that as for now, without amending the tax legislation, the problem of the tax deduction of shortages will remain unsolved.

A draft law that has been recently introduced to the State Duma by one of its deputies proposes to supplement Article 265 of the Tax Code and grant trading organizations the right to deduct losses due to theft of goods sold in trading areas of self-service stores.

The above draft law, in the same manner as other previously made proposals on the matter, meets severe resistance from the Finance Ministry (comments on the draft law are available on the Ministry's official web site). Indeed, the ministry is of the opinion that to permit trading organizations to deduct losses due to shortages means to cause material tax damages to the budget arising from underpaid profit tax.

However, in the existing situation it is always trading organizations that have to solve the problem of shortages at their own expense, who are also forced to pay profit tax on the amounts of losses due to theft, as well as at the expense of the consumers paying for losses included in cost of goods they purchase.

To add to the negative reaction to all attempts to address the problem in the context of profit tax, at the end of the last year the government proposed to prohibit VAT recovery relating to goods where shortages of such goods are revealed through stocktaking.

This prohibition, however, will result in even less adequate taxation of trading organizations.

It seems that approaches for VAT recovery should be developed together with the treatment of inventory losses for profit tax purposes.

It is also hopeful that the current discussions on the respective draft laws will result in better-balanced proposals for developing tax legislation regulating inventory loss deductibility for tax purposes.