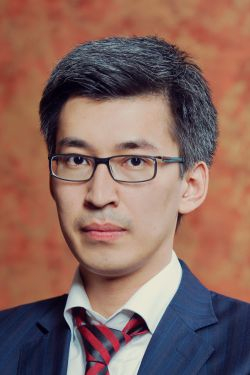 We have already become used to record-breaking numbers of amendments to Russian tax law. Legislators are rewriting rules, articles and sometimes even entire chapters of the Tax Code, and consequently changing the rules of tax behavior. If the objective is to promote greater clarity, then lawmakers' efforts should be applauded.

At the same time, notwithstanding the flurry of amendments to the Tax Code, it still contains a significant number of loopholes and conflicts that give rise to disputes between taxpayers and tax authorities and increase the workload of the courts, whose rulings effectively guide the evolution of tax behavior. Due to its status, the leading role is played by the Supreme Arbitration Court, which issues interpretations of legal rules that are generally applicable in the consideration of similar cases by other arbitration courts.

However, having analyzed the version of Article 176 of the Tax Code in effect since Jan. 1, 2007, the Presidium of the Supreme Arbitration Court held that tax refunds are not tied to the taxpayer applying for a refund. This conclusion is based on the fact that the new version of Article 176 of the Tax Code states that VAT refunds are formalized on the basis of a refund decision, which is made at the same time as a decision on VAT compensation issued upon conclusion of a documentary tax audit, irrespective of whether an application is made.

With respect to the taxpayer's VAT refund application referred to in Article 176.6 of the Tax Code, the Supreme Arbitration Court noted that the application is filed by the taxpayer only if it requires the VAT to be refunded to a specifically designated bank account. Absent such an application, the tax authority responsible for making the decision may refund the tax to any settlement account known to it.

Therefore, what was previously considered a loophole in the law (the timing of a tax refund if an application is filed after the tax authorities' decision on the results of a documentary tax audit) has been interpreted by the Presidium of the Supreme Arbitration Court as the legislature's intent to obligate the tax authority to refund tax without a reminder from the taxpayer so long as the taxpayer does not owe taxes. Therefore, if the right to the refund is substantiated and there are no outstanding taxes against which the refund should be set off, the refundable VAT must be paid to the taxpayer  by the end of a total period of three months (for the documentary tax audit) plus 12 business days (seven days for adoption of the refund decision, plus five days for the actual refund from the Federal Treasury).

As the tax authority's obligation to refund the VAT does not depend on the taxpayer submitting the application, the interest provided for in Article 176 of the Tax Code — if the refund is late — necessarily accrues from the 12th day after completion of the documentary tax inspection. The same interest procedure applies if the tax authority's decision denying a VAT refund is subsequently vacated by a court or higher tax authority. Otherwise, the taxpayer's right would be illusory, which is impermissible in view of the obvious breach of the balance of private and state interests.

On the whole, the approach of the Presidium of the Supreme Arbitration Court is relevant and progressive, and will greatly benefit the majority of taxpayers, since it will discipline the tax authorities to refund taxes on time.

However, there is usually a fly in the ointment. And this case is no exception.

First, it is important to ensure that the tax is refunded to the right settlement account. This means it is worthwhile for the taxpayer to submit a refund application at the same time as the tax return, as was previously the case. This prevents the funds being transferred to the wrong account. An odious case of a tax refund being made to an account that did not actually belong to the taxpayer was considered, in particular, in the Presidium of the Supreme Arbitration Court's Ruling No. 3245/08 of June 3, 2008, in the case of Severmetall. True, that case also involved tax fraud, but that does not mean that efforts should not be made to avoid this risk.

The terms and conditions of tax refunds set out in the ruling also need to be taken into consideration in determining the statute of limitations when bringing a property claim in court to compel a tax authority to make a VAT refund, if the taxpayer has been refused a refund. Since the taxpayer's application for the VAT refund is not required, absent other material factors, the claim may be brought within three years of the date the taxpayer learned or should have learned of the violation of its right to the VAT refund (i.e., three years from the day after the expiration of the total term of three months plus 12 business days).

The Supreme Arbitration Court has therefore continued to eliminate uncertainties in tax relations, and this ruling will clearly have considerable impact due to the relevance and applicability of the issues it addresses, which need to be taken into consideration in any tax risk management system.