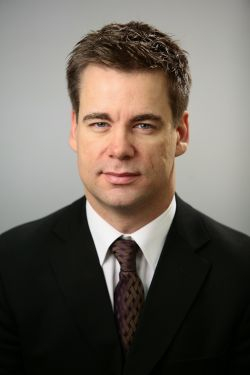 Sustainable energy supply is one of the key challenges of the forthcoming decades in most countries around the world, and particularly in Russia. Fortunately, Russian authorities and companies have understood that the application of energy efficient technologies and renewable energy programs can allow them to save cash and reduce the impact on the environment.

But the challenges are numerous, and dealing with them requires considerable political support. Urgent action is required to achieve, notably, the increase of tariffs and termination of cross subsidies, the implementation of energy accounting systems across the country, the modernization of energy generation, transportation and consumption, and the establishment of independent energy efficiency management bodies as well as a specific system of penalties and incentives. And, last but not least, both an increase in public awareness and sensitivity to environmental challenges as well as a new culture of energy consumption are key to the successful implementation of any environmentally and energy efficiency-driven measures.

Russian leaders have admitted that the modernization of the economy will not be possible until there is some development of energy effective systems. A first step toward encouraging the use of energy efficient technologies was made in the Federal Law on energy saving and energy efficiency increase, dated Nov. 23, 2009, as well as a full spectrum of secondary legislation, which was developed in order to give full effect to this law.

In accordance with this law, notably all state (regional and municipal) programs must provide for the increased use of energy efficient technologies and secondary energy sources and/or renewable energy sources with specific energy saving targets to be met within the next 15 years. In order to facilitate the efficient use of energy resources and to support and encourage energy savings, new public procurement rules have been introduced, as well as several incentives such as investment tax credits, accelerated depreciation of assets classified in top energy efficiency classes and partial compensation of interest payable on loans granted by Russian banks.

Also, tariff-regulated companies transferring energy resources will be able to take advantage of different incentives for a maximum duration of five years through either a gross up clause on their proceeds by the amount of expenses incurred for actions aimed at reducing energy resource losses, or a retainer of the economical benefit generated due to investments in energy efficiency and energy saving.

However, one has to confess that these measures are rather limited in their effect and scope of application and, so far, investment in energy efficient technologies in Russia has been poor compared with developments in the rest of the world.

Among the key barriers to the development of the Russian sustainable energy market are, of course, the tariffs, which are clearly still far too low, and most experts agree that an important increase is crucial to make projects in the sphere of energy efficiency financially viable. Also the lack and high cost of financial resources available in the Russian market, the lack of understanding of energy efficiency business and prospects, and the quasi-absence of public awareness and sensitivity to ecological and energy consumption issues make it quite difficult today to attract private investments on the Russian energy efficiency market.

This being said, several notable mechanisms have been introduced in Russian legislation that should help make the development of projects in the sphere of energy efficiency more attractive and financially viable.

In this respect, the law on energy efficiency introduced the concept of "Energy service (or energy performance) contracts." The key feature of this type of contract is that the investor is remunerated out of the profits generated from the measures taken on energy savings, the price being fixed depending on the achieved results or on the level of performance of the contract, i.e. subject to the actual value of the energy resource savings. This tool is designed to allow public authorities and state companies to invest in energy efficient and/or renewable sources of energies at limited costs; no or little up-front investment is required from them as the investor will be paid out of the profits generated from energy savings.

But the difficulty is that these projects usually have rather long payback periods, so the investor will certainly look for various guarantees: financial (from banks and the region/municipality), or on tariffs and installations to be modernized (measurement and verification, operation and maintenance of the object).

Also, some recent amendments to the Russian law on concessions should facilitate the financing of projects in the sphere of energy efficiency through the conclusion of private-public partnerships ("PPP"), as an instrument for providing public services while sharing financing and/or responsibilities between the private and public sectors. This law is a backbone of the PPP framework that opened the way for the implementation of PPP ventures in many parts of the public sector including transportation, ports, airports, pipelines and other infrastructure, as well as housing and communal services, energy, medical, sports, recreational and educational facilities.

However, investing in the public sector is still risky due to the political character of such projects, the weaknesses and loopholes of the procurement law and budget code of the Russian Federation to cover these payments and hedge corresponding risks.

In the end, to modernize, Russia needs to find ways to grow more productively. And in this respect, it can opportunistically take advantage of its rich, diversified energy resources to grow in an energy efficient and neutral way, yet through measures without equivalent for economic attractiveness among the BRIC countries.