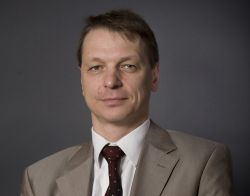 Since 2005, foreign manufacturers have operated in Russia's auto industry on specific conditions and have been subject to certain privileges. But, about three years ago, the Industry and Trade Ministry decided to modify these and, in late 2010, got the Economic Development Ministry to approve the basics for new industrial assembly rules for car manufacturers. The new rules were published in Rossiiskaya Gazeta on Feb. 4, 2011.

Under the new rules, at least 30 percent of cars need to be equipped with Russian-made engines and/or gearboxes. The applicant, acting by itself or in cooperation with other market players, is required to set up production facilities capable of producing at least 300,000 to 350,000 cars annually. Within four years (for greenfield manufacturing projects) or three years (for manufacturing facilities requiring upgrade) of the Russian carmaker applying the new rules, car body shell parts will have to be stamped in Russia. What is more, manufacturers will have to ensure step-by-step localization of 60 percent of the output and, most importantly in my view, set up a research and development center in Russia.

The new industrial assembly rules apply to those car manufacturers that agreed to the rules and managed to sign a relevant memorandum of understanding for switching to the new rules before Feb. 28, 2011. These include Volkswagen and the GAZ Group; Sollers and Ford; AvtoVAZ, IzhAvto and Renault-Nissan; KamAZ and Daimler; General Motors; and Magna and Fiat. All the other market players who were reluctant or late to do this will go forward under the old rules.

Deciding to switch to new industrial assembly rules is not an easy thing to do. Just put yourself in the shoes of a foreign car manufacturer for a minute: The crisis-driven declining demand curve has forced some manufacturers to close down their home-country plants; some underwent bankruptcy proceedings, and some survived on subsidies from their governments. Labor efficiency at Russian plants is usually below that at similar works in Europe, United States, Japan and Korea, and your Russian trade arm is reporting losses. Then someone requests that the new industrial assembly rules be taken into account: The Industry and Trade Ministry has been in prolonged negotiations and keeps promising new industrial assembly conditions soon. Finally, on Feb. 4, 2011, Rossiiskaya Gazeta publishes the new rules. The published rules say that an addendum permitting extension of the right to 0 percent duty on car components for another eight years or at least a relevant memorandum of understanding for switching to the new rules should be signed on Feb. 28, 2011, at the latest. In other words, following the extended discussions, the car manufacturers were given only 24 days to adopt a preliminary decision on investing at least another half a billion dollars.

Some manufacturers decided to stake it all and signed the memorandum of understanding, bearing in mind that they still have some time before the addendum for switching to new industrial assembly rules is to be signed (the business plan will need to be submitted to the Economic Development Ministry by May 31, 2011, while the addendum on the new industrial assembly rules is to come into force by Dec. 31, 2012). A number of manufacturers seem to have long prepared for this and are more or less seamlessly switching to the new scheme. Certain manufacturers really needed the new rules: With the current investment agreement approaching expiry in 2013 (if it was signed and the industrial assembly started in 2005) and there being no prospects for the future, no technology obtained, no own developments created, if duties on ready-made cars remain at 30 percent to 35 percent until Russia joins the World Trade Organization and at 25 percent during the first years within the WTO, importing semi-knocked-down components virtually duty-free and manufacturing cars from these certainly does look attractive. That is why the new rules suit these companies. Other manufacturers succumb to the new rules just to keep face.

In a nutshell, the new industrial assembly rules are attractive to those that have a long industrial assembly record and whose agreements terminate in 2013. In effect, these manufacturers obtain another eight years of the right to 0 percent import duties for parts, but have to pay for this by establishing an R&D division in Russia, i.e., potentially sharing their car platform development technology with Russia. Interestingly, the new industrial assembly rules do not require that cars developed in such R&D centers necessarily be manufactured in Russia. So a carmaker is required to set up a center, report on its setup and modernization progress, but need not make use of its output. The situation may have two outcomes: Either Russian centers will produce a platform praised and used by the rest of the world and the relevant Russian budget revenues not received will be compensated for in full, or nothing at all will come of it.

The good news is that the new industrial assembly rules do not force anyone to do anything — companies that want to can apply them, and if not, they do not have to. Those who were unwilling (or late) to switch to the new rules will continue using the virtually 0 percent import customs duty for parts, in compliance with the old rules, until their relevant investment agreements expire or will continue importing components for car assembly without signing any industrial assembly agreement, which, under certain conditions, can also be beneficial. For instance, manufactures that started industrial assembly in 2010 under the old rules will enjoy the right to virtually 0 percent import customs duty on components until 2018 (an investment agreement is concluded for eight years), with the production volume depending on demand and manufacturing capacity only. Unlike those that have opted for the new rules, they may, but are not required to, set up large-scale production facilities and comply with other requirements of the new industrial assembly rules. The position of car manufacturers involved in industrial assembly in Russia without signing any investment agreements with the Economic Development Ministry (i.e., subject to neither the old nor the new rules) will not be aggravated either. This "free ride" method of production only pays in Russia, however, once the manufacturer carries out body welding, assembly and painting here and the following conditions are maintained simultaneously: First, the minimum import duty for a car body is 5,000 euros, and second, import duty for ready-made cars is higher that the weighted average car component import duty, which is true now with car import duty at 30 percent to 35 percent and the weighted average duty on components (apart from car bodies) imported for other than industrial assembly purposes at slightly more than 10 percent.

Those who started production under the old rules had a legal chance of their investments paying back — manufacturing about 50,000 cars using the industrial assembly scheme and selling them in Russia was enough to reach the break-even point. An average investor (under the old rules) was entitled to total benefits of just over $200 million, investing an average of $235 million in launching production. Ideally, an investor acting under the new rules will be entitled to about $2 billion in benefits, while required to invest about $0.5 billion in production facilities and then think how to make the best of the R&D center. If domestic developments by the center are actually used by the investor (which is not a requirement), intellectual products will be created in Russia for an amount commensurate with the customs revenues undercollected owing to operation of the new rules.

Owing to the new industrial assembly rules, no matter how hastily these have been introduced, Russia thus gets a chance to obtain technology at the price of granting investors the right to 0 percent import customs duty on car components.