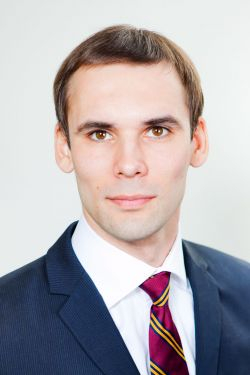 Major distributors of foreign-made fast moving consumer goods and durable goods often make expenditures in promoting and advertising their goods to consumers. In certain cases, distributors' advertisements may refer to individual stores (i.e. dealers) that sell the goods, or to promotions at these stores.

This kind of advertising is clearly beneficial to distributors, as high consumer demand for goods at the retail level necessarily generates increased demand for those goods among retailers at the wholesale level, i.e. from distributors. However, this kind of advertising is often attacked by the tax authorities, who treat such expenditures as being made for the benefit of third parties and thus disallow them as a legitimate business expense for profit tax purposes. The Finance Ministry takes a similar position. However, recent court practice has tended to reject this approach.

In a recent case involving a BMW distributor (Ninth Arbitration Appeal Court Ruling No. 09AP-26954/2010-AK), the distributor paid to advertise BMW vehicles on street banners and included a reference to individual dealers. The tax inspectorate asserted that the distributor was advertising for the benefit of its dealers and deemed the expenses economically unjustified for the distributor and hence not deductible against its profit tax base.

The distributor made the following arguments in support of economic justification for the advertising expenses, which are likely to apply to nearly every distributor:

- A united advertising campaign is more effective than advertising by individual dealers, as it promotes a uniform image of the advertised good, preventing variable and inconsistent advertising;

- Centralized advertising reduces the overall cost of advertising by eliminating redundant advertising and also by allowing advertising expenditure to be combined in a single budget. Advertising orders are treated as wholesale, which permits additional discounts not available to each dealer separately;

- Goods are promoted and consumers are attracted to dealer showrooms, which in turn increases the distributor's sales.

Both the first-instance court and the appeals court ruled in the distributor's favor. The first-instance court cited the position of the Supreme Arbitration Court Presidium in a Dirol Cadbury case and stated that, in making expenditures to promote its goods on the market, the distributor maintains a commercial interest in doing so even after the delivery of the cars to dealers, with the objective of increasing sales.

In the similar case of SoKIA (MD FAC Ruling No. KA-А40/9821-10), the distributor placed print advertisements listing the stores of independent dealers and information on promotions at these stores. As in the BMW distributor case, the tax inspectorate claimed that the expenditures were made in favor of third parties and thus economically unjustified. However, in all three instances, the courts supported the taxpayer and found the tax inspectorate's decision unlawful.

In both these cases, the tax inspectorates applied formal criteria to the dealer's benefit from the distributor's advertising expenses and essentially refused to consider the actual economic sense of the operation. Economically speaking, however, the inspectorate's position seems poorly substantiated.

Irrespective of whether the distributor and dealers are affiliated, a centralized advertising campaign carried out by a distributor, including one with reference to individual dealers, should not be viewed as a gratuitous and/or unbeneficial activity by the distributor for the benefit of third parties. Brand value (including advertising costs) is always built into the price of the goods sold by the distributor. Therefore, a dealer or other retailer purchasing goods from a distributor is always paying for the advertising in that price. Moreover, the popularity and widespread promotion of a brand are often decisive factors affecting retailers' choices to buy and resell a particular good.

Fortunately, positive court practice on this issue confirms that the tax authorities' approach is baseless and shows that booking these expenses for tax purposes should no longer give rise to significant tax risks.