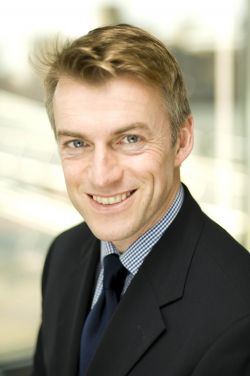 Despite the depressed nature of the world equity markets in recent times, London remains one of the leading financial centers for international fundraisings and foreign equity trading. From its roots in the 17th century, the London Stock Exchange has evolved into one of the world's largest and most international stock exchanges. With a wide choice of routes to market, there are currently more than 3,000 companies listed in London from over 70 countries, including 100 from Russia and the CIS. In addition, the United Kingdom has the largest foreign exchange, foreign equities and over-the-counter derivatives market to be found anywhere in the world.

When preparing for a listing in London, an important consideration for any issuer is corporate governance. Following a number of regulatory reviews, this became a key focus for investors and the press during the downturn in the financial markets.

The U.K. corporate governance regime does not operate on a one-size-fits-all basis, and there are few mandatory regulatory requirements under the rules applying to U.K.-listed companies. Instead, companies with a premium listing on the main market follow the U.K. Corporate Governance Code (the "Code").  This must be applied on a "comply or explain" basis, with companies being obliged to set out in their annual reports the reasons for any non-compliance. Within the Code there are variations that apply to companies with small market capitalization — a recognition that full compliance may be disproportionately difficult for those companies.

The rules applying to companies on AIM — the London Stock Exchange's international market for smaller growing companies — do not contain any prescribed governance requirements, although it is common for companies to report their approach to corporate governance, and the expectation among investors is that companies will follow the appropriate guidelines. Depending on the size and complexity of the company's business, it may be that the guidance published by the Quoted Companies Alliance, which is aimed at smaller companies, will be the most appropriate.

Recent research has revealed that overseas AIM-listed companies show the lowest level of compliance with Code, and this has been reflected in adverse public commentary. The recent update of the Code made it clear that companies should pay more attention to following the spirit of the Code as well as the specific principles.

In addition to the practical and commercial considerations faced by companies as a result of the Code, companies will need to consider and put policies in place to ensure compliance with the impending Bribery Act. The Bribery Act is intended to come into force later this year and contains a new corporate offence of failing to prevent bribery. There is speculation that companies whose only connection with the United Kingdom is a London listing may be excluded, but it is conceivable that such companies may be caught, given the broad scope of the act.

The principles-based approach of the U.K. corporate governance regime and the absence of prescribed regulatory requirements make it important for companies coming to the London market to develop an appropriate governance structure and to educate directors about their responsibilities properly. If companies want to make the most of an intended London listing, they should consult advisers at an early stage of the listing process to ensure that appropriate measures are implemented. Failure to follow an appropriate structure will delay the process and make it much more difficult to raise money in London.

The Katyn memorial was erected in memory of the 25,000 Poles, mostly army officers, massacred by the Soviet Union.
Over the border

The "massive bombardment" struck infrastructure but had not caused any casualties.
'military operation'