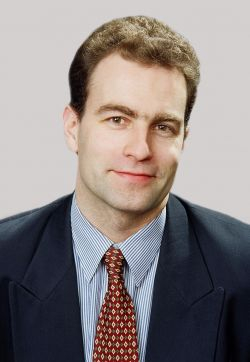 The Russian directors and officers liability insurance ("D&O") market is currently limited to Russian companies that have already placed their shares or other securities on capital markets outside Russia, or are planning to do so in the near future. There have also been a few examples of big Russian companies, such as Sberbank, buying D&O insurance policies for their directors to cover mostly domestic risks. However, as the economic situation improves, it is reasonable to expect that directors may again require protection against risks related to public offerings of securities. They may also face new risks such as those described below.

The concept of an opt-in class action has been introduced. Today a shareholder or a bondholder may file a claim against a company and/or its directors, and suggest to other shareholders or bondholders that they join the proceedings as plaintiffs. Matters of fact established by a court decision on such a claim will create a precedent for other courts considering claims against the same defendant on the same grounds, and cannot be challenged.

The government has introduced a draft law to the State Duma that would mean a major change in the regulation of the duties of directors and officers and their liability, making them hugely exposed. This draft law stipulates that directors or officers are at fault and, therefore, liable for damages if they have acted unreasonably or in bad faith. The draft provides for certain criteria that should help establish when a director or an officer has acted in such a way. For example, directors or officers are said to have acted unreasonably when they have made decisions without regard to all the information available or have not taken steps that are usually taken to obtain such information. Directors or officers act in bad faith if they are aware of a conflict of interests or if they realized or should have realized that they were acting to the company's detriment. Directors or officers also act in bad faith if they do not perform their duties without due cause or if their actions or a decision they support contradicts the legislation or the company charter. The draft law shifts the burden of proof onto the directors, requiring them to demonstrate that there has been no evidence of unreasonable or bad faith behavior on their part.

The draft law stipulates that members of the board that voted for the approval of the prospectus may also be held liable for losses caused by any wrong or incomplete disclosure of information in the prospectus.

The draft introduces the possibility for the company to have indemnification agreements and to indemnify its directors against any legal costs including defense costs in civil, administrative or criminal procedures.

The draft law is a rather comprehensive document that purports to cover various aspects of corporate governance and risk management including D&O insurance. The draft declares that a company may purchase liability insurance for its directors and officers. Another important change is a proposal to allow the company to insure its risks associated with its obligation to indemnify its directors, known as "Side-B cover," thus making it possible under Russian law.

Perhaps the most controversial proposal is to classify D&O liability insurance as contractual liability insurance. The draft law stipulates that, since directors and officers have contracts with the company, they bear contractual liability toward the company. While this may be right in light of the other changes that require the company to have contracts like this with its directors, this concept will not work if claims are made by third parties such as investors or shareholders.

Russian corporate and insurance legislation is being developed to bring it closer to international standards. This is a very important trend and should be supported. However, the changes are of revolutionary nature in many instances and, therefore, should be carefully thought through to avoid unwanted side effects.