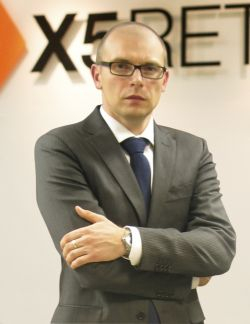 With the introduction last year of the law on trade, the rules of the game on the market have slightly changed. Now it is more difficult to introduce and promote a range of new products unknown to buyers, as well as to negotiate with manufacturers to reduce purchase prices for various products. Another new appearance is a restrictive barrier to development, which does not allow new stores to be opened in a number of areas. All this, against the backdrop of last summer's drought and crop failure, has led to major price increases ranging from 20 percent to 200 percent.

Even though prices and a wide range of goods are still the priority for shoppers, comfort and service are starting to play a significant role in market competition. The increasing demand for more sophisticated service is the main reason why leading retailers are launching customer loyalty programs and introducing new benefits. For example, the loyalty programs of one group have nearly 4 million participants. These programs allow members to use accumulated points to purchase a wide variety of goods and services, from groceries to air miles or mobile virtual network operator services. With these loyalty schemes, the aim is to ensure that buyers are able to take care of necessary business such as paying for utilities, telecommunications services, Internet insurance and so on in the shop.

With each passing day, more spheres of life are unimaginable without new technologies, the Internet and new forms of communication. Companies therefore organize their presence on social networks like Vkontakte, Twitter and Facebook. This also covers the development of e-commerce, by which customers can do their shopping right from their sofa.

The latest high-tech addition to the services on offer at the Green Perekryostok chain — a competitor of the luxury Azbuka Vkusa and Globus Gourmet chains — could become a new trend in Russian retail. The aim was that, by the end of 2010, iPhone users would have a fully functional App with a virtual loyalty card. The problem was to make a world-class App with all the main functions, while still meeting the ambitious deadline. Based on the best practice Apps by Target, Tesco, Starbucks and Alfa Bank, it was decided that the Perekryostok App should include a location-based service indicating the nearest store and providing driving instructions, hot deals and other promotional offers, such as recipes for dishes using promo items. Many people receive shopping lists on their way home by SMS, and so a breakthrough shopping list with send-by-e-mail capability was a must for the App. The last but not least important feature is a Virtual Mobile Loyalty Customer card, which compiles real-time information on the customer's balance and transactions. This combined functionality made it the most advanced retail App in the world. The project was finished on schedule and, after approval by Apple, is now available for download in the AppStore.

This development and others mean that the consumer landscape in Russia is changing fast. Retail chains are advised to keep up with the latest innovations if they want to stay ahead.