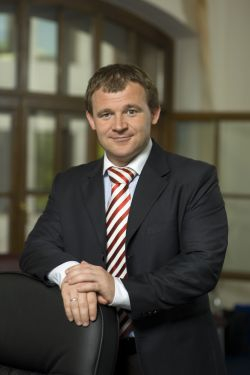 The Russian labor market ended last year in quite a stable state. Almost all the predictions that were made at the beginning of the year were realized. As usual at the beginning of the year, we try to forecast what we should expect from the new period. First of all, it is necessary to define the factors that will influence the state of affairs on the labor market in 2011.

On a macroeconomic level, Russia benefits from the price of oil, a focus toward the BRIC countries and increased investment into local infrastructure projects. For the majority of our international clients, the Russian market remains a key priority. Another tendency seems to be the drive toward local content in many industries. With the government’s constant drive to diversify away from the raw material-based industries, the most successful players in Russia will be those companies that have strategies covering the question of local content.

A very positive development can be noted on the work permit issue, where the adoption of the European system of highly skilled labor has resulted in many expats already receiving work permits for the duration of up to three years, bypassing the quota. We expect many international companies to rethink their approach toward expats following this change.

One of the main events on the Russian labor market is that the insurance payment rate is rising from 26 percent to 34 percent, which will appreciably raise the tax load for businesses. This means that companies will be expected to find additional cost reductions, which partly explains why companies may still continue to let staff go.

Nevertheless, our analysis shows that the majority of our business partners expect to grow quite significantly this year. Forecasts range from 5 percent to 40 percent growth compared with 2010 values. This, of course, raises the question of where the growth will come from. The majority of our clients have added additional staff in 2010, which means that they are preparing for growth in 2011.

According to the quarterly survey conducted by Antal Russia late last year, Russia has risen from 17th place to eighth in the world in terms of recruitment activity. We predict that this trend will strengthen throughout 2011.

All economic sectors will demonstrate steady growth. Companies are unfreezing production projects, international companies are entering the market, and startups are being launched. But rates of growth are not the same among all sectors, sometimes differing significantly.

One of the leaders in the pace of revival is the banking sector, where noticeable further growth can be expected. Banks’ main aim is now business development and to attract new clients, which is why good account managers, marketing professionals and product development specialists of different levels are especially needed.

The revival in almost all major economic sectors has affected the investment volume in the IT sector. Companies that survived the recent recession and are growing again are finally reverting to spending money on IT, which mainly consists of improving their existing IT systems, implementing new ones, looking at startup projects and recruiting new staff. The greatest activity is observed in retail and investment companies, but also within the banking sector. The same sectors are actively hiring marketing specialists. As online marketing is becoming a crucial part of any marketing department, particularly in large companies, the demand for specialists with both knowledge of the online industry and sales skills will rise. Sales managers who were in demand even during the recession will be needed in all sectors.

Demand for lawyers will grow steadily as law firms begin to replenish reduced staff levels. Capital market and M&A lawyers have been in particular demand recently and are forecast to remain this way well into 2011. Retail chains are turning back to hiring lawyers to support the opening of new stores, and we predict that this trend will increase throughout 2011.

The rates of finance and accounting specialists market are a bit lower. The number of finance vacancies grew noticeably throughout 2010, but has begun to slow, with most companies looking to recruit internally. Nevertheless, the outlook for 2011 is quite optimistic and the gradual recovery in demand for finance specialists will continue, as well as a trend toward salary increases for finance specialists. The accountancy labor market is not as strong as it was before the crisis, and the number of vacancies available for experienced accountants is still relatively low. We predict an increase in demand for accountants in the B2B, retail and fast-moving consumer goods sectors.

Despite the market’s revival, in the new year the labor market is still not likely to swing back to a “candidate’s market,” although the rising amount of vacancies will result in candidates receiving increasing numbers of offers. The time when specialists were forced to hold on to their current company has passed. Of course, this does not mean that people are ready to rush to the first offer, but it does mean that people are becoming more and more willing to consider new career opportunities. Candidates still prefer offers with a larger fixed component, providing a certain stability. Nevertheless, FMCG and retail companies continue to follow the trend of keeping a considerable variable portion of salary while offering a lower base.

In summary, it can be said that most employers are rather optimistic about the prospects for 2011, and in general further growth in recruitment activity is expected. Another year of gradual recovery and growth has started.

Russia's space agency is discussing with Moscow a continuation of its participation in the International Space Station past 2024, a Roscosmos official...