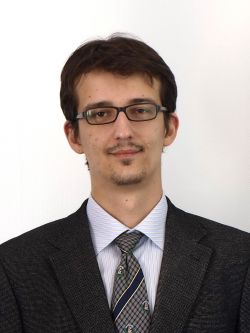 Although 2010 is already in the past, reviewing its final results is somewhat premature. We will have a clear picture of the fourth quarter of 2010 only in February 2011, and it is the last quarter of any given year that tends to be the most significant for most segments of the IT market. Still, IDC’s preliminary data testify that almost all its predictions for the year have become reality. At the end of 2009, hardly anyone believed that the Russian market would start recovering at a quick rate. Nevertheless, just as we expected, the volume of sales and the number of new deals have grown significantly in the IT market’s three main sectors: software, hardware and services.

Should one be entirely optimistic about the future of Russia’s IT market? Not necessarily. Even though we expect that sales in most segments of the market will exceed pre-crisis levels, it is necessary to point out a few potential problems. The long-standing correlation between the price of hydrocarbons and the performance of the Russian IT market still exists. Unfortunately, the Russian economy remains poorly diversified and heavily dependent on the energy market. Those who traditionally invest in IT systems and services in Russia are in one way or another affiliated with enterprises involved in the extraction of oil and gas. Together with a high level of corruption and rather ambiguous criteria for evaluating the effectiveness of implemented systems, this contributes to a unique supply-demand situation.

When revenues from selling natural resources are on the rise, we generally see an upsurge in IT investments. As healthy changes in the economic and political climate of Russia appear uncertain, it is hard to expect vigorous growth among small- and medium-sized businesses, which are the main consumers of IT solutions in developed countries. Therefore, the information technology landscape in our country will remain “exotic.” Several of the largest monopolies, and to a lesser degree the government, will continue acquiring the most up-to-date, technologically advanced and expensive systems. Whether these systems will be used efficiently is another question. At the same time, other users will be opting for economical solutions, trying to get the maximum from the products they can afford.

The most noteworthy trends of 2010 include a move toward storage and server virtualization, significant interest from corporate and home users in notebooks of various form factors, the growth of commercial data centers, and demand for IT resource consolidation and management software. Another important feature of the year was the active penetration of the Russian IT market by a number of Chinese companies. As was expected, they gained at the expense of the small number of Russian hardware manufacturers.

Throughout 2010, a number of market players were active in their efforts to promote all-in-one solutions, which is when hardware is offered as a bonus for enterprise-class applications. We should also say that the majority of advanced IT products and systems that are offered in Western Europe or the United States are available in Russia as well. What is different though, is the degree of adoption of these products. This has a lot to do with how they are used and in which infrastructures they are integrated. In that regard, the Russian IT industry often lags behind its foreign counterparts.