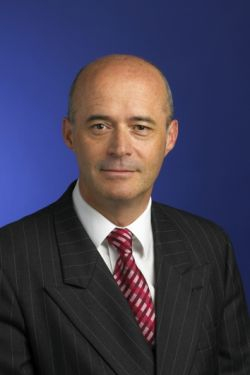 As the industry continues to convalesce, Islamic finance now has the potential to resume its growth, offering an increasingly broad array of products to both established and emerging Islamic markets. The Islamic finance industry is now not only addressing the credit and liquidity restraints that linger following the crisis, but is also focusing on its key business activities, as well as re-examining the wider approach to asset and liability management given the lessons learned during the crisis.

As Islamic banking continues to become increasingly familiar among consumers and business corporations, the process of standardization has been helped by the emergence of a general consensus within the industry about the nature and principles of the products being offered. It is still the case that there is a limited cadre of leading sharia scholars, with only an elite number of scholars possessing the detailed theological knowledge of sharia rules to allow interpretation as well as an understanding of modern financial instruments to plan and design new appropriate products and to inspire the trust and confidence of the market. In addition, many market players comment that scholars are examining documentation more carefully since the financial crisis, particularly regarding non-vanilla products. As a result, it is important that an organization’s governance and oversight of the risk management process remains high on the agenda.

Despite the development of Islamic finance structural frameworks within a number of regions, many felt that the true test of the resilience of the system would be in relation to the liquidity deficiency resulting from the financial crisis. The predominance of replicated debt-based conventional structures in the past perhaps hindered the practice of managing liquidity risk by matching asset and liability portfolios. While Islamic finance favors tangible long-term assets, existing funding structures did not necessarily help when the industry faced its greatest-ever test.

To enable Islamic financial institutions to manage their liquidity, global connectivity should be increased, with building scale through larger fund flows between countries facilitating this progression. As it stands, Islamic regulations are currently framed from a conventional base and, as long as the conventional yardstick is applied, certain structures such as mudaraba and musharaka products will likely continue to be treated as higher risk. While some of these products may actually have a higher risk profile, concepts of risk sharing could be ingrained further through the development of more profit and risk-sharing mudaraba and musharaka products. This should be driven by both the regulator and the Islamic finance practitioner who, together, need to facilitate a transparent explanation of the risks to the customer as well as enable better risk allocation between the practitioner and the customer.

Unsurprisingly, the developed markets in Islamic finance that will continue to dominate in the short to medium term will be the Gulf Cooperation Council and Asia, particularly Saudi Arabia and Malaysia respectively. Elsewhere, Africa is considered a new frontier, with few international Islamic institutions currently active on the market, and some Central Asian nations are also expected to form part of this subsequent wave of growth — especially Kazakhstan, which has a 90 percent Muslim population and where an Abu Dhabi Islamic bank has already opened for business.

The philosophy and principles of Islamic banking are becoming increasingly attractive to a large proportion of consumers, and if anything, Islamic finance is more strongly positioned for growth in a world where the reputation of conventional banking has been damaged as a result of the financial crisis. The financial institutions that are most likely to capitalize successfully on these prospects are expected to be those that have the most robust governance structures, are able to best manage their asset and liability portfolios and have the resources and industry knowledge to bring products to the market that meet the needs and expectations of their customers.

Although Islamic finance is likely to remain one of the most rapidly growing, dynamic and fascinating sectors of global finance, the growth strategy of individual institutions will need to be carefully managed to address these issues and realize a competitive advantage.