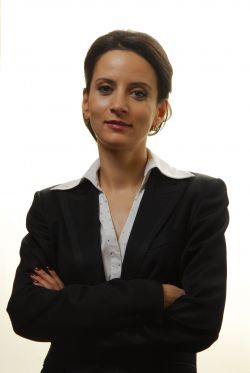 In 2010, the Presidium of the Supreme Arbitration Court of the Russian Federation adopted a series of rulings — Ruling of the Presidium of the Supreme Arbitration Court dated July 6, 2010, No. 17152/09, Ruling of the Presidium of the Supreme Arbitration Court dated June 26, 2010, No. 1997/10, and others — with the following content. Within the framework of tax inspections, the tax authorities should not seek to add the highest tax charges but to identify the taxpayer’s actual tax liabilities; i.e. when compiling the inspection certificate, the tax authorities are obliged to specify not only tax arrears, but also any overpayment on the part of the taxpayer as well. This approach of the courts is of the highest importance, especially if: 1) within the framework of the tax inspection there is requalification of transactions or requalification of the taxpayer’s activity, including cases where the tax authority seeks to recognize transactions as sham or fraudulent; 2) upon the results of a tax inspection, tax charges are added to taxes, which should decrease the VAT tax base (property tax, transport tax, land tax, mineral extraction tax, uniform social tax, pension contributions, etc.); 3) the taxpayer declared tax liabilities in a wrong tax return, but for the right period, e.g. the internal market VAT withholding had been declared in the export tax return; 4) the taxpayer had been imputed with uncounted revenue without recognition of related costs; 5) in the course of the tax inspection, the taxpayer or tax authority identified the overpayments that should have been counted during determination of the tax arrears sum as per the inspection certificate, etc.

Representing the interests of our clients and supported currently by the position of the Supreme Arbitration Court, we proceed from the fact that this approach of the tax authorities is not based on the law. The tax authority’s duty is not to add on tax charges, but to identify actual tax liabilities based on the tax inspection results with consideration of all the taxpayer’s rights including the right to set off the filed overpayments. This is provided by the law. Thus, according to Clause 4, Article 89 of the Tax Code, the subject of a filed tax inspection is the correct imputation and timely payment of taxes. Incorrect tax imputation can mean upward bias of the tax base as well as downward (Clause 2, Clause 1, Article 32 of the Tax Code, Ruling of the RF Constitutional Court dated July 16, 2004, No. 14-P). Also, by terms of Article 6 of the RF legislation No. 943-1 on the RF tax authorities, the main task of the tax authorities is to control tax compliance. This control presupposes account of not only the taxpayer’s supposed breaches, but due consideration of the taxpayer’s rights as well. Therefore, the tax authorities shall strive for the maximum observance of the taxpayer’s rights.

Accordingly, in the course of an inspection, the tax authority is obliged not only to add tax charges and levies if any mistakes in determining the VAT tax base appear (overcharged costs), but recognize uncounted costs identified in the course of the inspection.

This is provided also by Clause 1.9 of Supplement 6 to the Federal Tax Service order about requirements to compilation of inspection certificates. The conclusive part of the inspection certificate should contain without limitation the data on imputed overcharged taxes (levies) with breakdown of taxes and tax periods.

Thus, the task of the tax authority in the course of tax control involves not adding tax charges, but definition of the sum of taxes subject to be paid to the budget with consideration of all tax base upward and downward factors.

At that, the taxpayer is not obliged to file a specified tax return. Tax liability arises, changes, and terminates based on the grounds provided by the Tax Code in Article 44 of the Tax Code. As distinct from a cameral tax inspection, the aim of which is to check the tax return, in course of a field tax inspection the correct imputation and timely payment of tax are checked, independent of whether various costs (revenues) had been specified in the taxpayer’s return. The tax return itself is only a form showing whether the taxpayer fulfills the obligation to declare the data on imputation and payment of tax. Therefore, it may not interfere with conducting an inspection of the correct tax imputation.

The Supreme Arbitration Court took a similar position. Thus, Ruling of the Presidium of the Supreme Arbitration Court dated July 6, 2010, No. 17152/09 specifies that, when adding tax charges within the framework of an inspection, which according to the law should decrease income tax such as the uniform social tax, the tax authority should recognize the related overpayment, which is counted either to decrease the added tax charges or, if impossible, returned to the established order.

In Ruling dated June 22, 2010, No.1997/10, the Supreme Arbitration Court goes further, specifying that, when imputing a taxpayer with participation in a tax scheme seeking an unfounded tax advantage, the tax authorities shall identify the actual tax liabilities of the taxpayer with account of tax paid not only by the taxpayer, but by persons participating in the tax scheme. Thus, having defined that making employees redundant from a company and outsourcing them for a company with a simplified tax scheme had been aimed at receiving an unfounded tax advantage, the court, nevertheless, decreased the tax claims to the taxpayer. At that, the Supreme Arbitration Court specified that, adding tax charges, the tax authority had been obliged to decrease it by the amount of insurance contributions for obligatory retirement insurance, paid by the outsourcer. The fact that the taxpayer and outsourcer are different companies is of no importance, because, despite the use of simplified tax scheme, the budget received the insurance contributions and so has no right to demand from the taxpayer more than it would have paid if had not participated in the tax scheme.

With due consideration of the above mentioned positive practice, the taxpayer should provide documented evidence of the transfer to the tax authority of the documents allowing for the right calculation of its overpayments and definition of actual tax liabilities. If the tax authority, notwithstanding the received documents, did not account for this in compiling the inspection certificate, then do not fail to specify this fact in any objection you raise with the tax authority, and this will oblige the tax authority to decrease its tax claims to your company.

Russia also claimed titles in the men's event, pairs and ice dance in a stunning performance less than three weeks before the Winter Olympics start in...