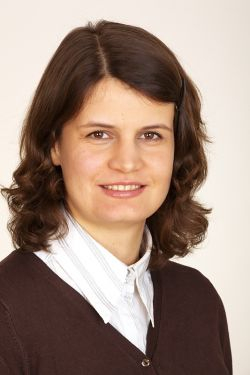 According to the information voiced in the report, “Agricultural Development and Food Security,” released by the UN secretary-general in late October this year, Russia’s agricultural sector is expected to develop dramatically over the next decade. A growth in production will be seen, provided that the state supports this sector. Without a doubt cash will be needed to develop agriculture, but the foundation for agricultural production is land ownership.

One of the conditions for major agricultural holdings with significant assets in Russia entering the securities market through the performance of an IPO and SPO is the confirmation of their rights to use the land for agricultural production. Both major investors and small and medium-sized businesses are interested in purchasing land to develop their agricultural production operations. What kind of rights to agricultural land may be acquired by an investor, and what must to be taken into account to obtain these rights?

Agricultural land plots may be in state, municipal or private ownership. They can also be leased for a term of up to 49 years.

The legislation also establishes the maximum allowable amount of agricultural land that can be located within one municipal district and in the ownership of one person. The limit is established by the constituent subject of the Russian Federation and can equal no less than 10 percent of the total area of cultivated land in the relevant district.

sovkhozy and kolkhozy, state and collective farms, in the 1990s. Because of the large number of owners, disposal of these land plots is a fairly complicated and lengthy process. All decisions on the possession, use and disposal of a land plot under joint shared ownership are made by a general meeting of participants in joint ownership. The adoption of decisions by such general meetings of participants is hindered by the fact that there are often dozens and even hundreds of owners.

It is often the case that the owners of land shares are unable to dispose of their shares over an extended period of time, such as three years or more. Based on the relevant decision of a constituent subject of the Russian Federation or municipality, and provided that certain conditions are met, these unwanted land shares may be separated into a land plot and recognized as state or municipal property through court proceedings, and then provided to a private individual or legal entity for use.

In practice there are cases when agricultural land is used without the proper legal grounds, for example on the basis of a short-term lease agreement that cannot be legally deemed to have been concluded. In particular, this may involve plots that have not been established as a legal object, have not been entered in the cadastral register, or are unfit to be the subject of a transaction. Nevertheless, lease payments for the use of these plots can be remitted to the budget of the corresponding municipality. This situation cannot be considered acceptable, as the use of the land in this case is not subject to legal protection. However, the law does stipulate the possibility to register rights to the land plots in such cases. Despite the fact that the measures necessary to do so take a long time, they should not be ignored.

The legislation on turnover of agricultural land will have to be improved further, especially concerning the simplification of the regulation of disposal lands under joint shared ownership. This will allow facilitating an increase in investment in agriculture as well as the reliability and profitability of this sector of the economy.