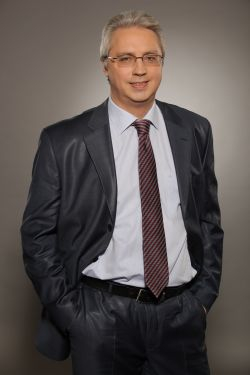 When I was starting to practice coaching 10 years ago, there was a very limited amount of people in Russia who knew what it was. Now it is widely discussed in the press and hardly any HR conference takes place without at least a few presentations on coaching. So, the question is: “Is this just a fashion — will the idea die out peacefully in a few years? Or is there anything vital in this concept?” To understand this, we need to answer another two questions:

Who are the people being coached?

How could coaching really help them?

According to my observations over the past 10 years, there are three main ways a company can use coaching:

Each variant mentioned has its own limitations:

Basically, literally anybody in an organization can benefit from coaching. The difference is in who is doing the coaching, and why.

For executives the situation looks pretty simple and traditional. Usually external coaches are used, and the focus is on development, which on this level is understood in a very general sense: from developing a certain skill to integral development according to the company’s strategic level competency model.

Internal coaches are mostly used for middle managers and specialists. The good news is that they are not as expensive as external coaches. The bad news, to which I referred above when I mentioned that life can become harder for internal coaches, is that usually they do not have managerial experience and hence their internal clients do not see them as partners. The only way to use them successfully is to use them in follow-up sessions after trainings, where they can help managers develop very particular skills.

The most strategic approach as mentioned is to implement a coaching culture in the organization. I fully believe that it is this area where the real trend lies, and there are several reasons why I think so.

We can observe coaching becoming one of the main tools for developing managers not only in multinational companies but in state corporations, too. The examples of such giants as Sberbank and Russian Railways show that coaching in Russia is being taken very seriously these days.

My colleagues and I recently had the chance to present the concept of coaching and mentoring to a group of vice presidents of the company Russian Railways. We told them that the direct manager can take on the role of coach, and that the mentor’s role should be taken by a manager one level above. One of the participants asked, “So, who could be our mentor?” and someone else answered, “Well, there is only the prime minister!”

This made me think, “If the concept of coaching can penetrate that high, perhaps we will see very interesting developments in coaching in the next few years in Russia.”