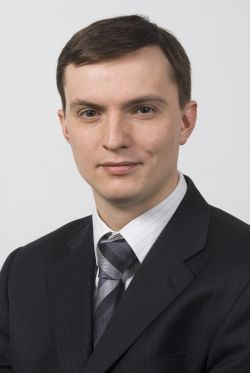 Through Decision No. 19, dated Nov. 27, 2009, of the Interstate Council of the Eurasian Economic Community, the Customs Union’s supreme authority, from Jan. 1, 2010, the member states of the Customs Union (Russia, Belarus and Kazakhstan) transferred to a supranational body — the Commission of the Customs Union — the power to adopt measures arising from national interests and concerning the external trading of goods. As a general rule, therefore, such measures may no longer be enacted by way of national legislation.

Clause 9 of the decision affirms that the Customs Union’s member states are not to apply licensing measures or restrictions in quantity in trade among themselves. It follows that licensed goods released into free circulation in Russia may then be delivered to Belarus or Kazakhstan with no need for an import license and vice versa.

In connection with these changes, Belarus, Kazakhstan and Russia had to bring their national legislation into conformity with the rules of the Customs Union by July 1, 2010, the date on which the Customs Union’s Customs Code came into force and on which the single customs territory was created. Federal Law No. 61-FZ on the circulation of pharmaceuticals (subsequently “Federal Law No. 61-FZ”) was adopted on April 12, 2010, after the unified system of prohibitions and restrictions was established for the import and export of goods from the Customs Union. However, a comparative analysis shows that the provisions of this law do not fully correspond to the rules adopted in the framework of the Customs Union.

Goods to Which Restrictions Are Applied

The list of medicines and pharmaceutical substances that are restricted for import into the Customs Union is specified by Clause 2.14 of the Unified List of Goods to which prohibitions or restrictions are applied in respect to the import or export of the goods by the Customs Union participant countries in their trade with third countries within the framework of the Eurasian Economic Community (subsequently, the “Unified List”). A comparative analysis between the Unified List and the list stated by the Russian government’s Resolution No. 438 of July 16, 2005, shows that the former is wider, in that it additionally includes vitamins and mineral substances used for medical purposes, in particular, bio-supplements, natural and synthesized vitamins and pro-vitamins and natural polymers. Therefore, the import of such goods currently requires a license.

As follows from the regulations to Clause 2.14 concerning the import procedure for medicines and pharmaceutical substances into the Customs Union (the “Regulations”), only Russian legal entities and individual entrepreneurs may receive the documents giving permission to import medicines and, therefore, only they may import them into Russia.

In the meantime, Article 48 of Federal Law No. 61-FZ and the rules for the import and export of medicines registered in Russia, which were approved by the Russian government in its Resolution No. 438 dated July 16, 2005 (the “Rules”), do not permit individual entrepreneurs to import medicines on the one hand, but on the other hand allow for them to be imported by foreign manufacturers and producers of medicines, albeit for strictly limited purposes:

The regulations provide for permissive documents to be obtained to import medicines in the following cases:

The regulations are silent on whether, in the instances described in the last point above, unregistered medicines can be imported into Russia.

In its turn, Federal Law No. 61-FZ explicitly states that a license for importing medicines is not required, but Clause 4 of the rules does require one.

The import of unregistered medicines may be carried out with permission from the Federal Health and Social Development Inspection Service only in cases described in 2аi, 2aii and 2aiii above. Such permits should be issued free of charge within five working days. At the same time, international cultural and sporting events and international expeditions have been included in the list of cases where no licenses or permits are required for the import of medicines, including those not registered in Russia. However, only registered medical products may be imported to provide humanitarian or emergency aid (See Federal Law No. 61-FZ, Article 50).

Russia’s Health and Social Development Ministry has produced a draft resolution, which is intended to replace the rules currently in force and can be seen at www.minzdravsoc.ru/docs/doc_projects/385. However, we believe that this is not the correct legal route to put right the problems that have arisen. To achieve that, it will be necessary to “iron out the mistakes” in the regulations and in Federal Law No. 61-FZ.