The carnival of violence that has for years permeated Russia's state-controlled media has in recent months given way to a new tone of solemnity and calls for national acts of heroism as the country's invasion of Ukraine continues to falter.

While the ominous laughter of the authorities can still be heard on Russian television screens as state propagandists discuss the destruction of Ukrainian cities or the use of nuclear weapons, new characters have come to the fore.

Until recently, it seemed that Russia had elevated the behavior of the gopnik (street gang member) to an officially approved style of conduct, one that condoned mocking one's victims with carnivalesque swagger.

One example of such thuggish behavior was the Wagner Group publishing a video in which one of its mercenaries is brutally murdered with a sledgehammer for surrendering to Ukrainian forces. Days later the group's founder sent another sledgehammer to the European Parliament covered in fake blood.

This type of sinister performance — openly demonstrating the rejection of morality and law, and taking joy in the humiliation of the weak — appears designed to demonstrate Russia's sovereignty to its enemies and to stress that the conventions of Western civilization, with its norms of basic decency, do not apply here.

Watching all this from their sofas, Russian TV viewers were persuaded that, even if they lived in poverty, Russians were still tougher than everyone else and were not to be messed with.

However, this state of affairs started to change when the military defeats in Ukraine began piling up and mobilization was declared.

It now appears to be time for the public to be aware of the gravity of the moment — after all, the male population of the country is being sent to the slaughter. This is the subject of "Let's Stand Up," a song by Russian singer Shaman that serves up the dark glamour of death to an audience of millions.

Zombie-like artists, including many elderly pop stars from the late Soviet years, have begun exhorting the population to "stand up" to those who "look down" on them from above, and in so doing, emulate their own dead ancestors.

The visuals consist of images of sacrifice: soldiers go to the front with looks of stern determination on their faces, while billboards list the names of dead children from the Donbas alongside those of soldiers who fell in World War II. A woman sheds a tear while a boy wearing a military cap salutes passing soldiers. All mention of hope and victory is absent — this is a requiem for a Russia doomed to fight eternal wars.

Even the president has performed similar theatrics to remind people of the need for sacrifice. In early November, national TV showed Putin visiting an exhibition on the World War II defense of Moscow. Walking slowly across Red Square, Putin languidly rotated the propeller of a replica plane while a choir dressed as World War II soldiers sang a war-time anthem. The symbolism of such actions is no longer about the coming victory but rather concerns the sacred duty of Russia's citizens.

How (Not) to Interpret Russian Political Talk Shows

The concept of death giving life meaning was also raised during Putin’s recent meeting with the mothers of mobilized conscripts. Amid the president's soulless musings, his deep misunderstanding of Russian culture and tradition was most evident when he said that their sons’ lives had lacked meaning before they were sent to war, urging them to rejoice in their heroic deaths.

"He did not live his life in vain,” Putin said, contrasting the meaninglessness of a peaceful life with the meaningfulness of dying for the state.

Such an appeal is alien to Russian and even Soviet culture, both of which portray the mother of a dead soldier as an inconsolably tragic figure. The right of mothers to attempt to save their sons was recognized even during the Chechen wars, as demonstrated by the respectful attitude taken by the military authorities towards the Committee of Soldiers’ Mothers.

But Putin is clearly devoid of this cultural understanding. The concept of a mother rejoicing in the death of a son is taken from Nazi ideology, in which women are depicted as the producers of children required by the state.

The accelerated Nazification of Russian life has dovetailed with a growing public awareness that the authorities are indifferent to their well-being. Telling soldiers' mothers to see the death of their sons as the realization of their destiny is never going to be an easy sell.

At the same time, the sadistic carnival of state propaganda that was so prevalent until September is not only now inappropriate in light of mounting Russian defeats on the battlefield, but also, according to TV ratings, no longer in demand.

Brash spectacle can no longer obscure the reality of loss, grief, and death. What we can expect to see in the year to come is the slow but steady victory of reality over the fantasy world created by Russia's state propaganda machine.

A version of this article originally appeared in Novaya Gazeta Europe. 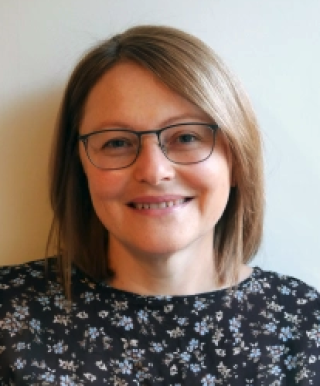 Dr. Svetlana Stephenson is a professor of sociology at London Metropolitan University and author of "Gangs of Russia: From the Streets to the Corridors of Power."

Dr. Svetlana Stephenson is a professor of sociology at London Metropolitan University and author of "Gangs of Russia: From the Streets to the Corridors of Power."
Read more about: Ukraine war , Media

Kadyrov Calls for Russian 'Jihad' Across All of Ukraine