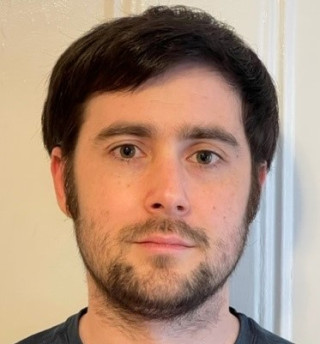 Soviet leader Mikhail Gorbachev, who died on Tuesday at the age of 91, presided over period of artistic freedom in the U.S.S.R. that had not been seen since the post-Revolutionary era. Russian culture flourished under his leadership, particularly in the theater, in which he took an active interest. But unlike other Soviet leaders, Gorbachev did not make himself the arbiter of which plays could and could not be performed. He was more fan than censor.

About a month after his election as General Secretary in 1985, Gorbachev came to see a play at the Moscow Art Theater (MXAT) directed by the theater’s artistic director, Oleg Yefremov. The theater’s literary director, Anatoly Smeliansky, told The Moscow Times that, “After Stalin, Soviet leaders rarely came to MXAT, and for the first time, a leader came to see not a revolutionary or a socialist play, but Anton Chekhov’s ‘Uncle Vanya,’ which ends in typical Chekhovian disaster.”

A few days after the performance, Smeliansky was sitting in Yefremov’s office when the phone rang. It was Gorbachev, calling Yefremov to talk about the show. But he didn’t call as General Secretary of the Communist Party. He called him as a theater lover who wanted to tell the director how moved he’d been by Vanya’s plight. They instantly became friends.

Gorbachev abolished the censorship office, allowing theaters to put on whatever plays they chose. Gorbachev permitted plays that implied some critique of his policies. In the mid-80s, when Gorbachev limited the sale of alcohol, he saw and enjoyed “Silver Wedding,” a play about a Communist leader in a small Siberian town who wants to prohibit the consumption of alcohol. “If this had been Brezhnev or Stalin, the theater would have been closed!” Smeliansky said. “But they had a friendly conversation about it.”

Under Gorbachev, Yuri Lyubimov, the actor, director and founder of the Taganka Theater, returned to Moscow and his theater after nearly a decade in exile. Russian theaters began to forge alliances with foreign theaters and artists. One visiting artist was “Succession” star Brian Cox, who taught at the Moscow Art Theater School for two semesters in the late 1980s. Cox coached the students in Shakespeare, brought them to the United Kingdom for a televised showcase, and staged a production of Arthur Miller’s “The Crucible.”

“The young men and women of the MXAT Theater School were taking the policies of Gorbachev to heart,” Cox wrote about his experience teaching in Russia in his memoir “Salem to Moscow: An Actors’ Journey.” “When I had first arrived in Moscow…perestroika was in its infancy. By January 1989 it had grown into a precocious toddler, trying to find its feet.”

In those years, “Gorbachev’s road to democracy made it possible for artists to reveal their position and acts of creation in a totally open and progressive manner,” Cox told The Moscow Times. “Under the Soviet system, they’d had to exercise with a considerable degree of restraint.”

“Sadly, now his legacy is being repressed by the brutal, humorless recidivist that is Vladimir Putin,” Cox said.

The theater of politics

In 1985, perestroika came to MXAT:  Gorbachev and Yefremov decided to split the company in half. The decision led to the creation of the Gorky Moscow Art Theater under the leadership of actress Tatiana Doronina as artistic director. The division of MXAT — stressful but manageable — became, in Smeliansky’s view, a model of what happened when the Soviet Union ended in 1991. “On the ruins of the Soviet Union came 15 new countries with no bloodshed,” he said. “I couldn't imagine a peaceful transition to the new country or the new arts, but Gorbachev did it.”

Yefremov remained a loyal friend to Gorbachev even after he retired from political life. In October 1999, Gorbachev came to Yefremov’s apartment to celebrate his final birthday – his 72nd – before his death in 2000 of cancer.

Despite failing health, last year Gorbachev accepted an invitation to a special premiere in another Moscow theater. The Theater of Nations staged on a two-person play about Gorbachev and his wife Raisa that starred Yevgeny Mironov and Chulpan Khamatova. The play “Gorbachev” received rave reviews, not least from its subject, who awarded the play a standing ovation.

Smeliansky believes that Russian culture influenced Gorbachev’s political viewpoint. One day, he asked him how the Soviet Union could have ended without a war. “I will remember his answer to the end of my life,” he said.

“Gorbachev said to me, ‘Soviet life had a lot of problems, but it built libraries all over the country, so no matter where you were, you could find Chekhov and Tolstoy. If you read those authors, you know what life is about, and you will be done with Communism’.”

Jeremy Fassler, a graduate of the Moscow Art Theater School, is a freelance journalist.  @J_Fassler

Jeremy Fassler, a graduate of the Moscow Art Theater School, is a freelance journalist.  @J_Fassler