Crimean Tatar art has a long and rich history dating back to ancient times, and it is a pride and glory of the indigenous people of the Crimean peninsula.

While much of Crimean Tatar art and culture was lost following the 1944 deportation of Crimean Tatars from their homeland, traditional art has entered a hopeful period of renaissance in the post-Soviet era.

A new wave of indigenous artists have started studying, modernizing and adapting indigenous ornamental legacy to modern times, all while restoring their ancestral folk practices and reconnecting with ornek, a traditional Crimean Tatar ornament included on UNESCO's list of intangible cultural heritage.

“If you study morphology and semantics, turn to older masters, you can learn the language of ornament — the code of our people,” Crimean Tatar artist Feride Usmanova told The Moscow Times. She added that Crimean Tatar embroiderers used the ornament to tell stories — communicate “without words” — and that studying Crimean Tatar history and customs is fundamental to creating traditional art.

Usmanova emphasized that “national ornaments are perfectly suited to contemporary art,” and that the use of modern techniques in traditional crafts has caused unprecedented interest among younger generations.

One of the most notable initiatives to both revive Crimean Tatar art and adapt the rich ornamental heritage to the conditions of modern life is Mamut Churlu’s “Crimean Style,” a project he founded in 2005.

An award-winning artist, educator and a pillar of the revival movement of Crimean Tatar art, Churlu was the first one to use ornek in painting. He began a mission to popularize indigenous folk art after his repatriation to Crimea after the collapse of the Soviet Union.

The participants of “Crimean Style” have proved again and again that traditional decorative and applied arts can exist in the modern architectural environment.

One of the most notable examples of recovery and innovation in indigenous folk arts are the works of Churlu’s student Rustem Skibin. Famous for his unique style of polychrome painting, Skibin’s versatile renditions of ancient ornamental structures can be found anywhere from household items to fashion runways and sleek interior designs.

When Churlu, who was born and raised in Uzbekistan after his parents’ deportation, returned to his homeland in 1989, the cultural scene was bleak. Stalin’s 1944 decision to banish thousands of Crimean Tatars to Central Asia led to nearly irreparable damage to indigenous cultural heritage.

Churlu told The Moscow Times that he turned to folk art to speak out against the repressions of the indigenous people of the peninsula, which resulted in a “creativity filled with the positive meaning inherent to the nature of folk art.” 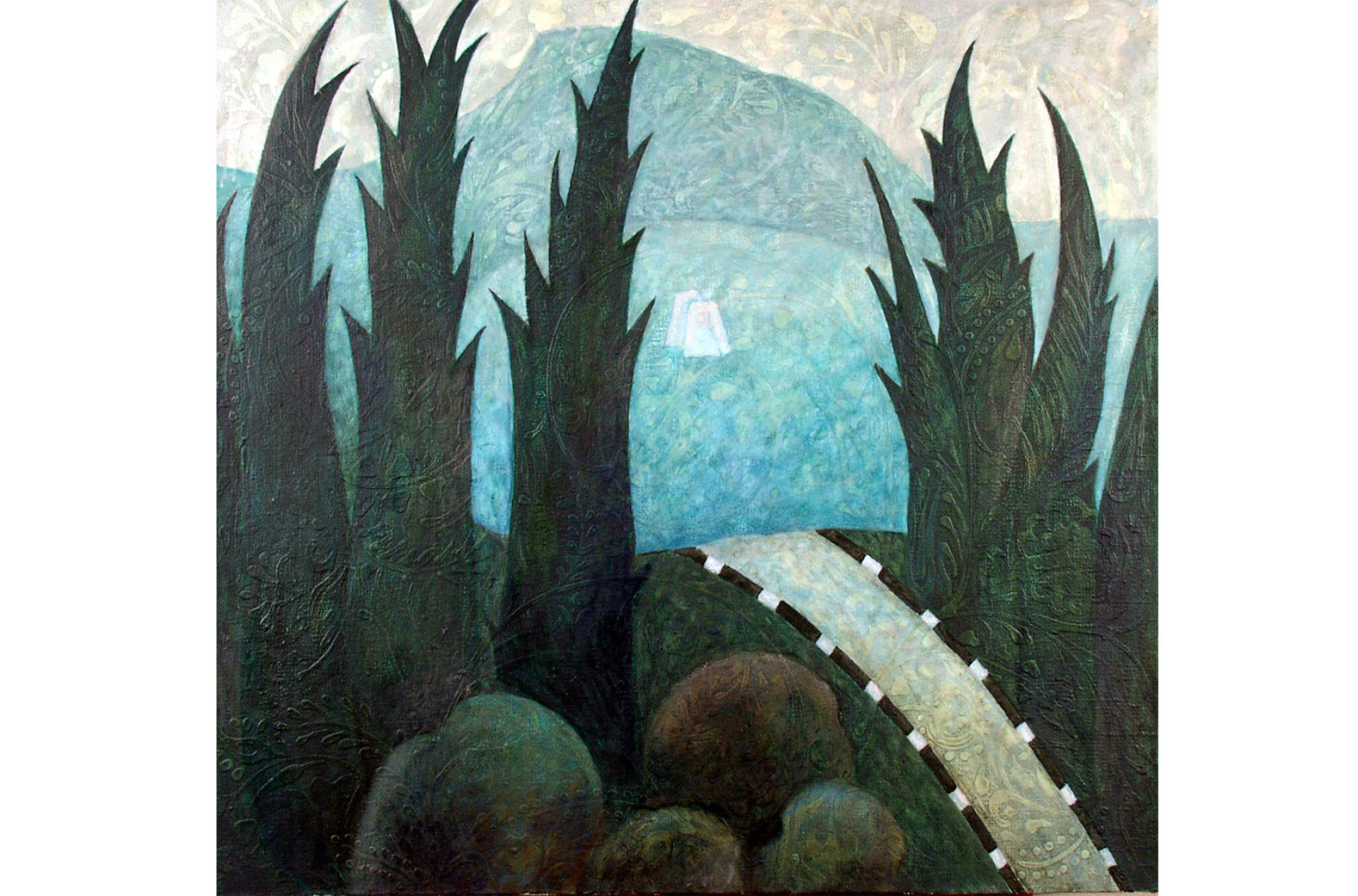 "Adalar'' by Mamut Churlu. Adalar stands for islands in Crimean Tatar. The painting depicts the Gurzuf landscape and conceptualizes the inextricable link between the ancient culture of the indigenous people and their native land. Courtesy of Mamut Churlu 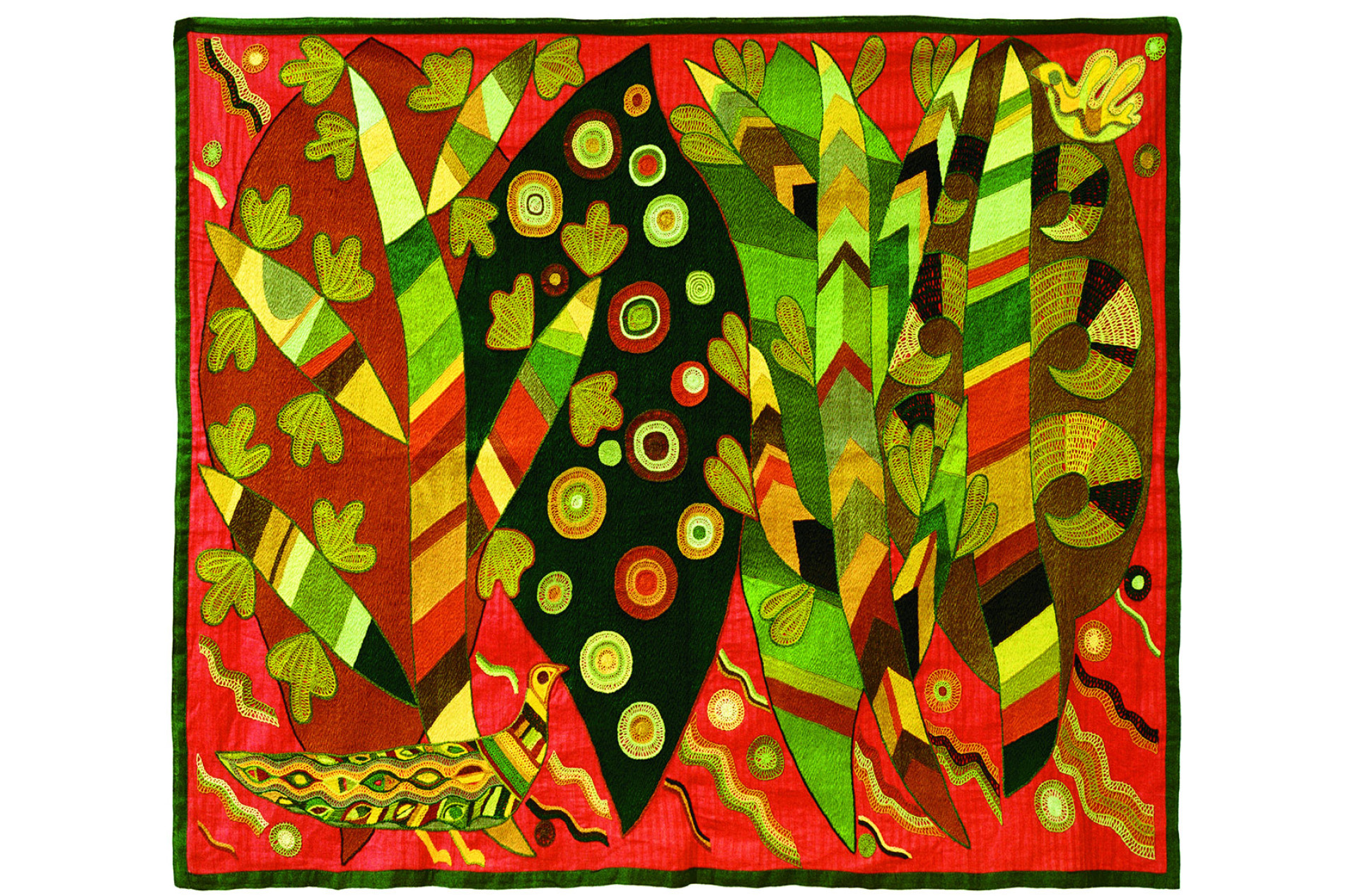 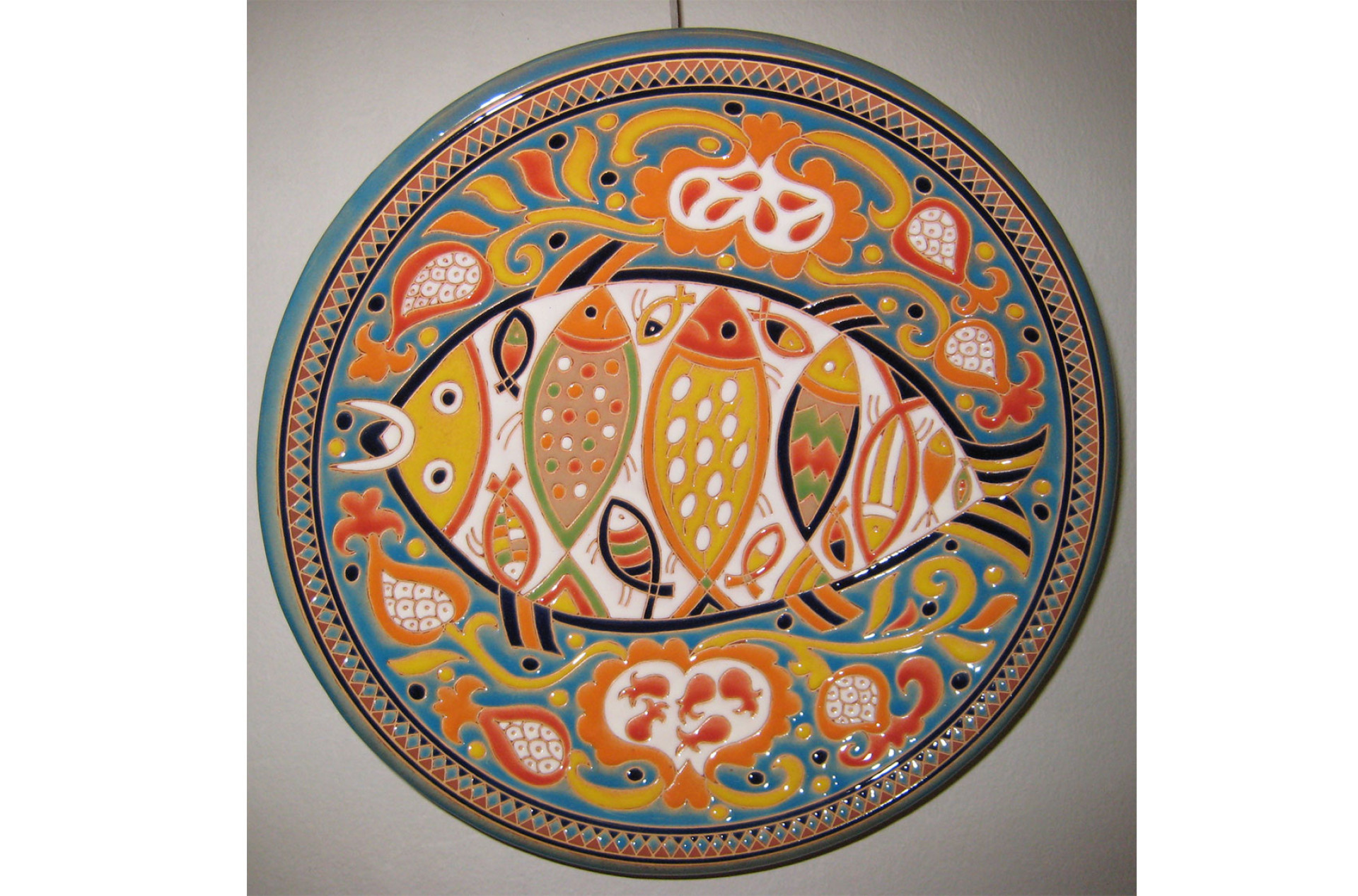 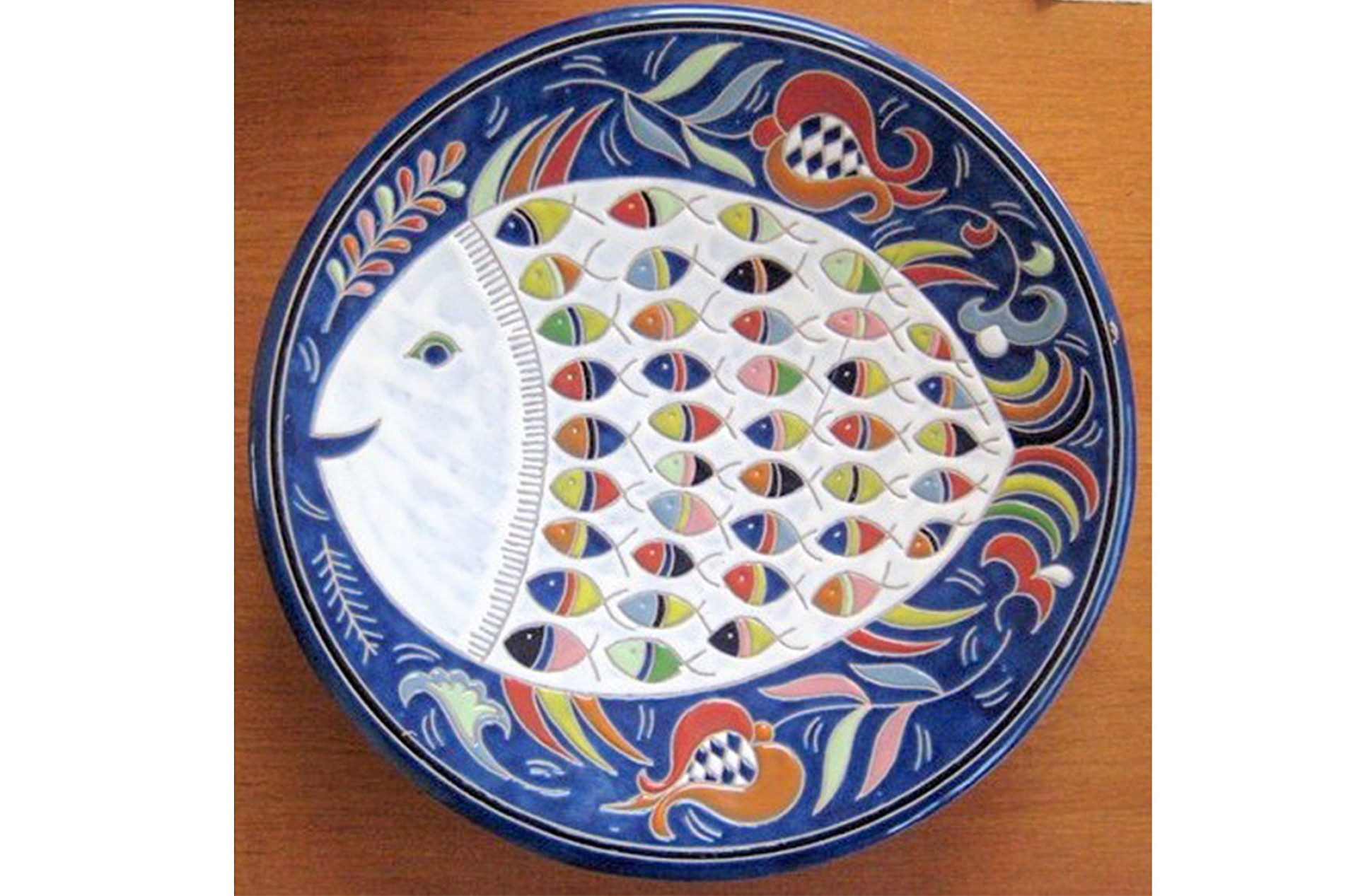 Decorative dish "Mother Fish." The depiction of fish in the Crimean Tatar ornamental system is a symbol of pregnancy. Courtesy of Mamut Churlu

Waves of repression and revival

While national art thrived during the Crimean Khanate era, it started dwindling following the annexation of the peninsula by the Russian empire in 1783. Crimean Tatar craft arts fell into decay in the 19th century, unable to compete with cheap and low-quality manufactured goods.

Women’s crafts, however, remained widespread, indicative of the key place Crimean Tatar women have always occupied in the arts as they passed down the traditions of weaving and embroidery from mother to daughter for generations.

Usmanova said that she got interested in ornek from an early age as she watched her grandmother Venera embroider with gold threads in the national Crimean Tatar style. The artist now uses ornek in her work, including paintings, glassware, planners and more.

The contemporary trend of Crimean Tatars’ thriving creativity shows that indigenous artists manage to find ways to reconcile themselves with their history and express their rich legacy through art, even if the memories of the deportation still cast a dark shadow over the nation.

“Of course, people’s lives were changed by tragedy, which has also affected subsequent generations… And it has, of course, inspired artists to paint, directors to make films, poets to write and singers to perform as a tribute and memory to the nation’s history,” Crimean Tatar painter Lenur Velilyaev told The Moscow Times. 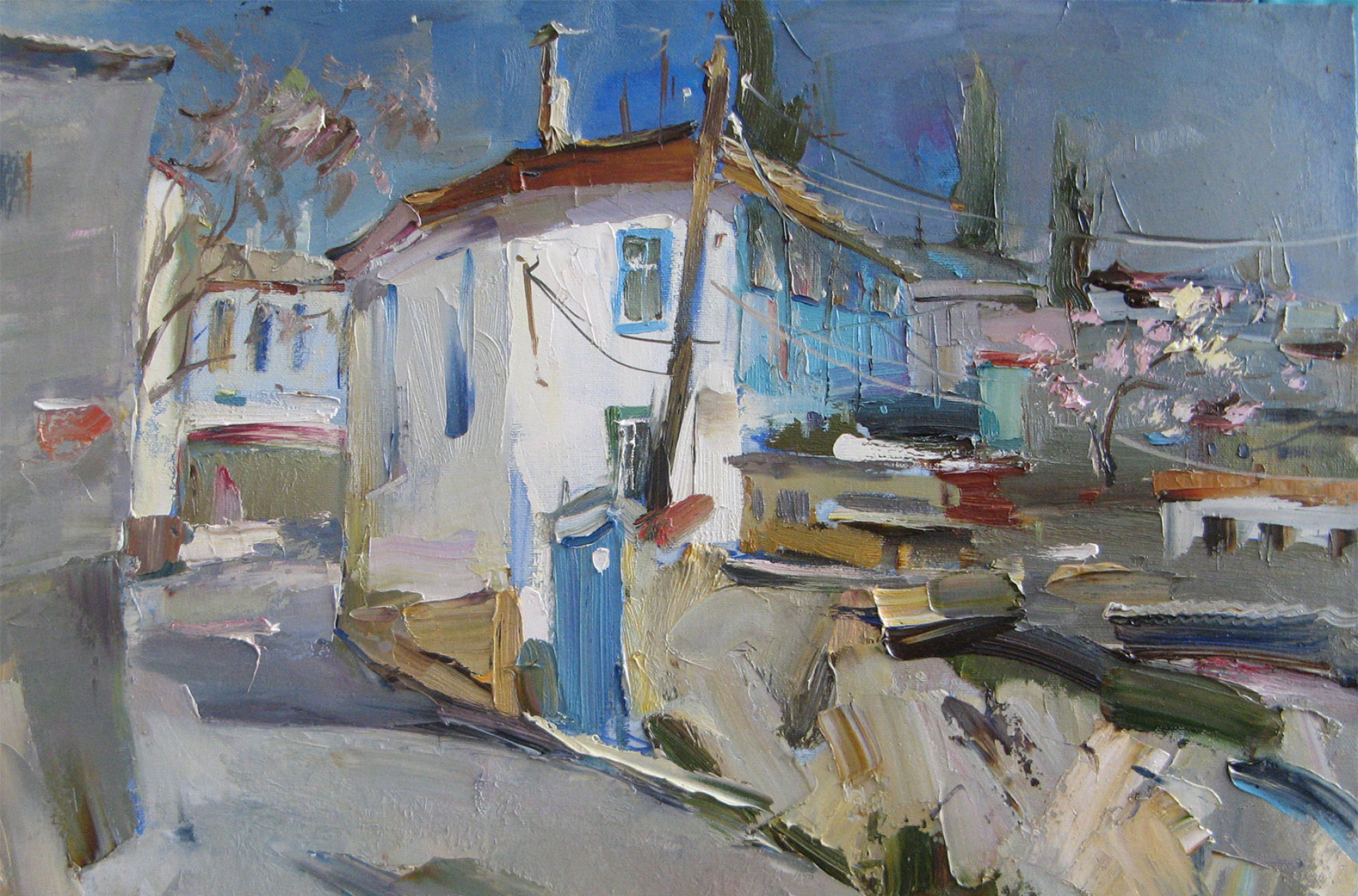 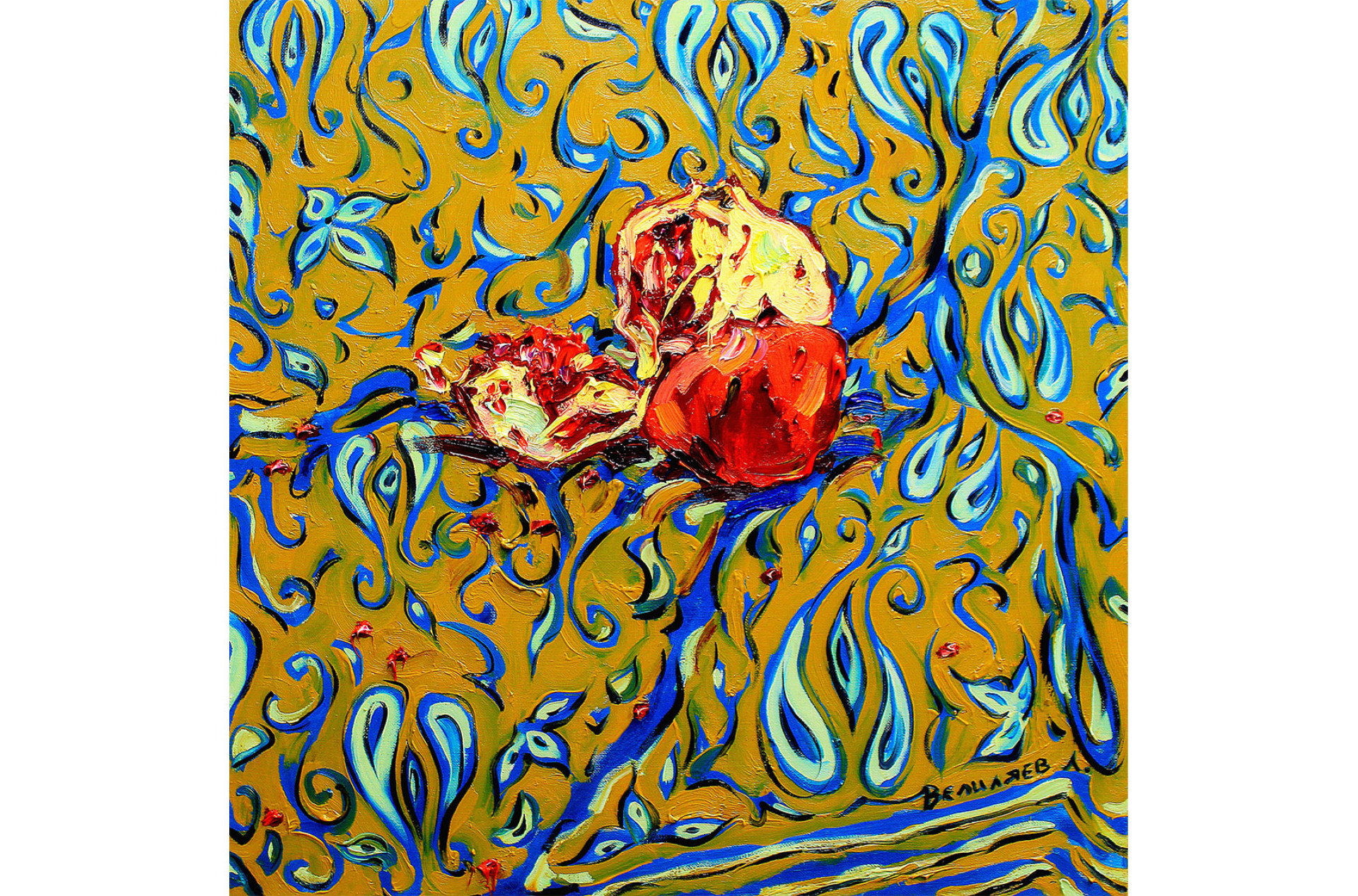 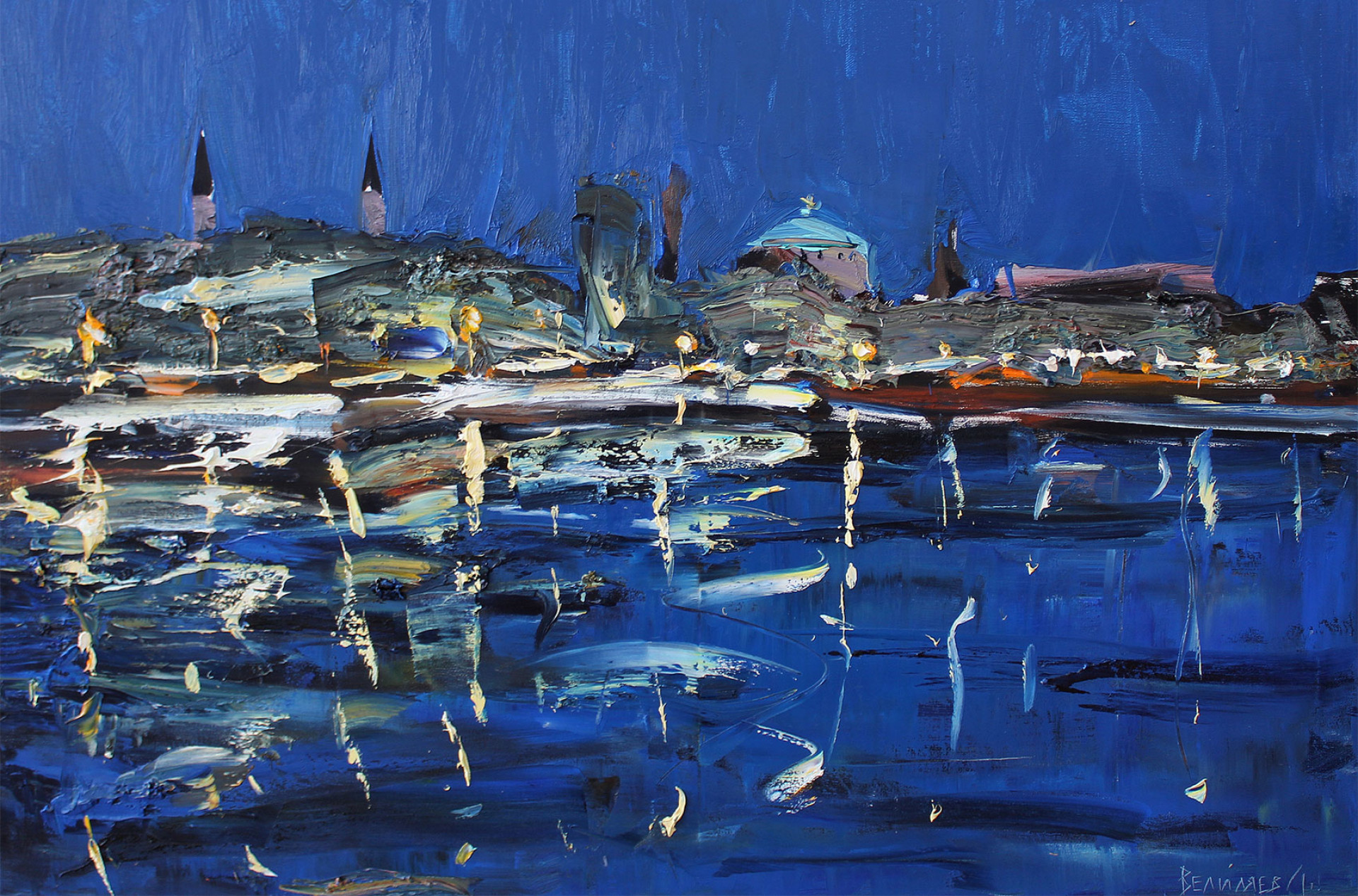 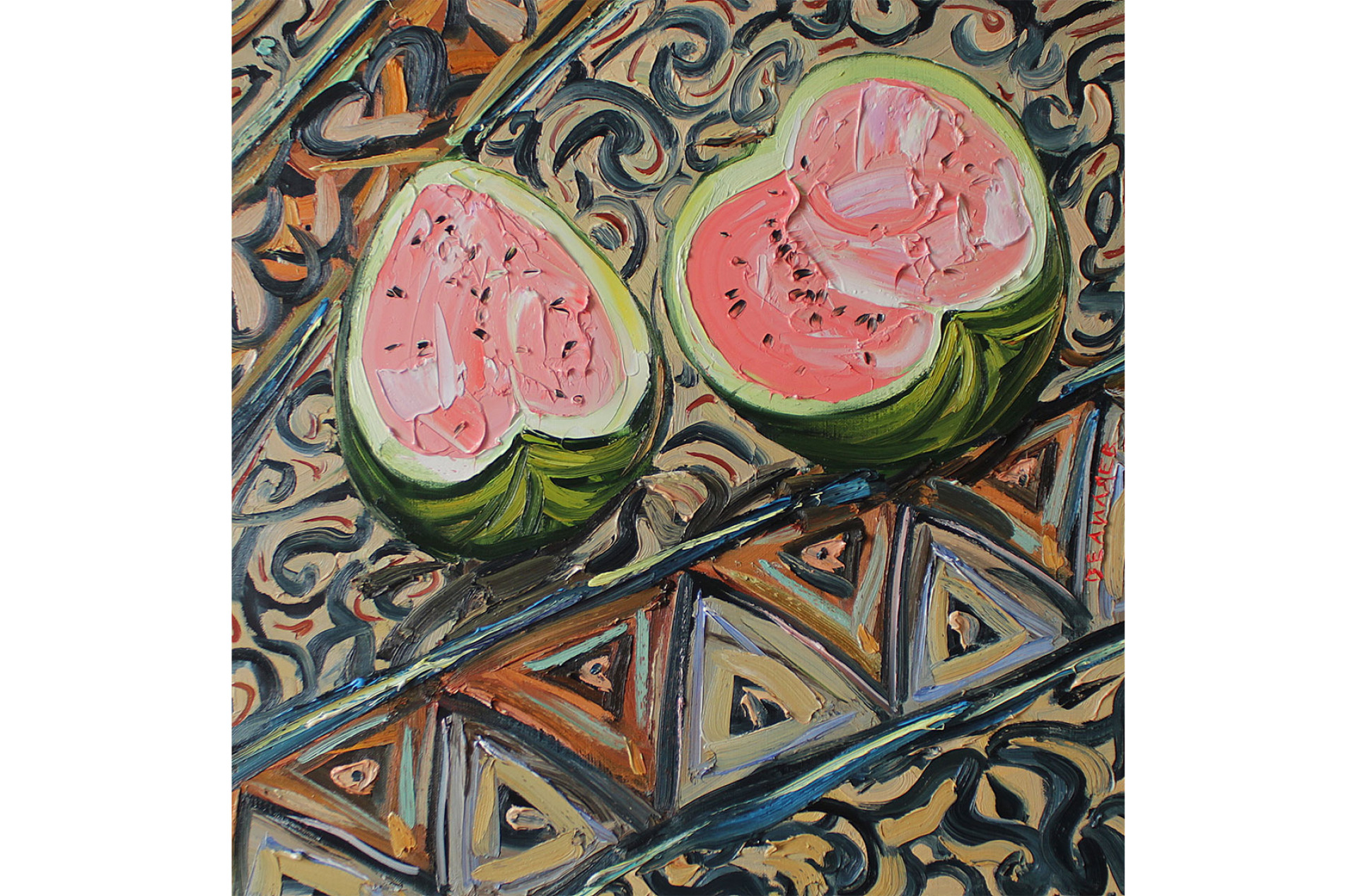 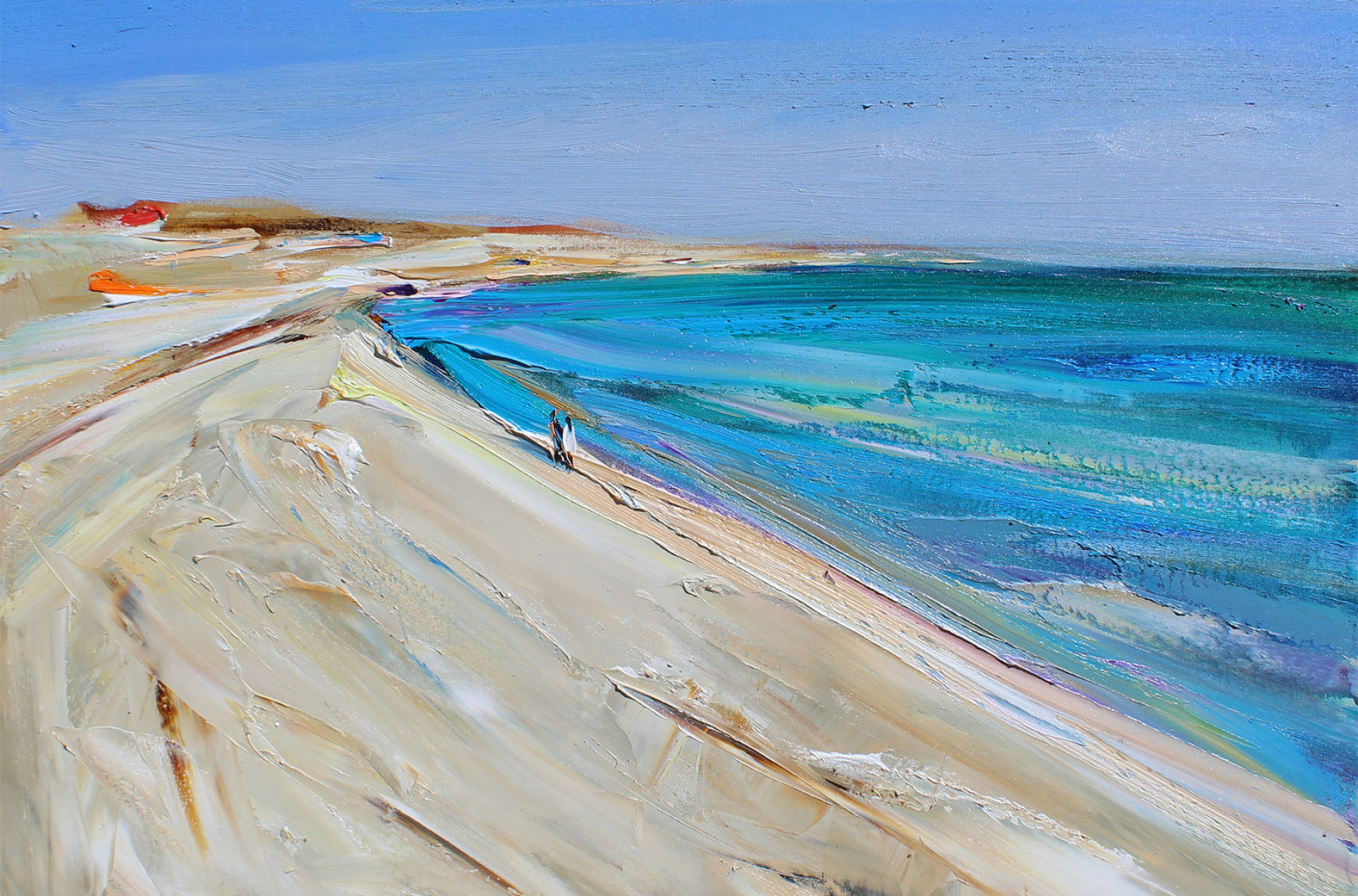 “Rehabilitation” is a term Crimean Tatar painter Lenur Velilyaev uses to describe the current era of Crimean Tatar art, adding that architecture, music, theater and literature are all part of the national art renaissance, now under unrecognized Russian rule.

The success of the revival and modernization of Crimean Tatar arts can be seen from the consumer side. Churlu mentions that his artists started receiving private orders, stressing that there is “a need for products made by our craftsmen.”

While the renaissance movement keeps growing, Churlu addresses the meager financial state support for his artists and folk crafts in general. But he takes pride in his project’s self-sufficiency.

“We never counted on the support of the state and rely only on our own strength. Life has shown that such a strategy allows you to implement your projects with 100 percent efficiency,” says Churlu.

No matter how challenging, numerous ancient art practices have been revived and modernized by contemporary Crimean Tatar artists, who keep cultivating new art forms and techniques.

As Usmanova said: “Crimean Tatar art is rising from the ashes.”

Immerse Yourself in the Kabakovs' Worlds

Venice Comes to the Pushkin Museum

Run, don't walk, to see this lush, glorious exhibition of Venetian painting at the Pushkin Museum.