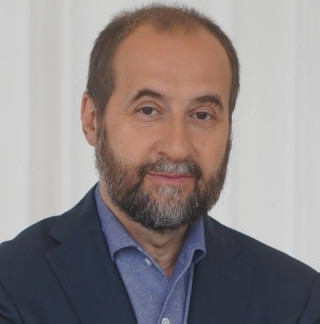 The main emotion you feel when you watch the Episode 162 of the cartoon "Masyanya" is shock. The animators hit on a brilliant idea that captures the essence of the "Russian privileged class." Like the characters in the cartoon, millions of Russians today are completely shocked.

A sense of shock looms over the "good Russians" — a name that some opposition leaders are seriously using to describe certain of their fellow countrymen. We have shaken the hands of so many people who are now rejoicing in murder that it feels like we can never wash away the stain. It’s not that we didn’t know then. We just didn’t know the extent of it. We thought they were fools and petty crooks. They turned out to be murderers. We thought we were being polite. Actually, we were being unprincipled.

We’re shocked. A lot of things that seemed obvious to everyone (us) turned out not to be obvious to most people.

It turns out that there is no law in the world that ensures that the "bad guys" are defeated; if someone wins, it doesn't mean he's the "good guy." It turns out that no one in the world can truly protect justice and goodness. No one wants to do that. Sympatheze? Sure, of course. Help? Well, we have problems of our own. Here are a few pennies, and maybe things will work out on their own.

If we had looked around us, we’d have known. But we didn't. We looked past Iran, Zaire, Zimbabwe, Eritrea, Congo, Libya, Syria, Iraq, Afghanistan, Yemen, the Uighurs, the Kurds, and so on, where people "just like us" live. We ignore their experience because the eyes of Rudyard Kipling look out at us from the portrait of Martin Luther King hanging on our wall. We ignore it because it is "them," not "us."

We looked past Chechnya, Abkhazia and Georgia, Azerbaijan and Armenia, Transnistria, Yugoslavia, Ukraine in 2014 for the same reason: Kipling couldn’t have imagined that “white people” could be defined as people who speak one Slavic dialect without accent or error. But it happened.

The characters in "Masyanya" are shocked because despite how sweet and progressive they are, they are incredibly naive and convinced to the last that bombs and snipers happen to "second-rate people" in the "wrong sort of countries" where there are no textbooks on quantum physics in their native language. Masyanya had a textbook on quantum physics, so everything should have been fine.

And we are as shocked as they are, because we’re them. True, we’re not yet shocked by what the characters in “Masyanya” are shocked by. The sky is still blue above "good Russians" and the "Russian privileged class." Under their feet the pavement doesn’t have huge craters, and you can get matcha latte everywhere. But the world has already shifted. In the past, Jews were not allowed to go to college or work; doors weren’t open for them, and they couldn’t open bank accounts. When they were beaten up in back alleys, we said, “This can't happen to us, we're not Jews."

But it turns out that it can happen to us. We can’t open bank accounts or buy real estate or get visas. And in some places they beat us up in back alleys. In Russia people are getting beaten up, and not even in back alleys, but they’re not us, they’re the “opposition.”

But the creators of "Masyanya" are naive, too, if they think that their cartoon will open anyone's eyes.

It turns out that for many people, everyday life is now more important than anything else — more important than honesty, justice, freedom, security, or even everyday life tomorrow. "Yes, of course, you can go to jail for seven years for a phrase; yes, I understand that they might close the borders; yes, there might be mobilization. But the thing is, I have an apartment and it’s impossible to sell it now, and the pay is less there than here, and life there is more expensive, and besides, I’m used to living here..."

It turns out that you can be afraid of being in an airplane crash (probability: one in a million); but ignore the danger of being killed in war (over 4 months of war probability: one in 3,000 if you're a man 18 to 48 years old); being jailed (in Russia, about one in 200); or losing your business to security forces (about one in 25, if you believe statistics). You’re afraid that you’ll earn 15% percent less abroad but ignore the fact that in Russia you’ll live 15% fewer years (statistics don't lie!) or that the range of available goods will be 50% smaller.

It turns out that most people value freedom of speech and assembly, freedom of ideology, freedom of movement less than they value a small part of their income or the birch trees outside their window. They simply don't notice their absence. They don't care. Real estate is another matter. If you point out their indifference, they say, “It’s the same thing over there,” and no amount of examples or evidence will change their mind.

The cartoonists' timid attempt to offer the "Russian privileged class" the chance to "try on" bombs falling from the sky falls doesn’t work because of their unfounded belief that they are untouchable. It just turns into an American action movie about a Chinese invasion. “It’s fun to get scared.” It’s because Russians know that no missile will hit St. Isaac’s Cathedral in St. Petersburg, not today, and not tomorrow.

But here’s a good argument: Precisely because it can't happen to you, doing it to others is twice as criminal.

CEO of Movchan’s Group, an investment management group of companies, author of "Russia in the Post-Truth Era," and non-resident scholar at the Carnegie Moscow Center.

CEO of Movchan’s Group, an investment management group of companies, author of "Russia in the Post-Truth Era," and non-resident scholar at the Carnegie Moscow Center.