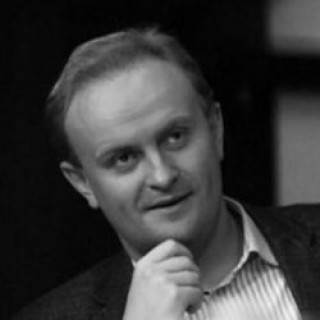 The war in Ukraine has put a wide range of issues before Western political elites. The first one — always of primary importance — is to maintain popularity among their voters by responding to public opinion; the second is to limit Russia's long-term ability to pursue an aggressive foreign policy; the third is to facilitate the fall of Putin's regime; the fourth is to broadcast signals to regimes and elites in third countries that would reduce the likelihood of a repeat of Russian excesses in other parts of the world. In addition to all this, they want to signal a commitment to the values and institutions on which Western society is based.

Some of the decisions made by the West are in line with all these objectives, while others are contradictory. A particularly complex issue is sanctioning super-rich Russians (SRR) and the seizure of their assets.

This measure was largely driven by public opinion. The SRR are not nice people, and the average voter is jealous and malevolent. The seizure of yachts and mansions was a popular attraction; some people earned political points while the majority enjoyed moral satisfaction.

Many Russian oligarchs who had previously seriously considered selling their businesses and emigrating have put these thoughts aside for now and continue to use their talents and capital for the benefit of the Russian economy. For them, the collapse of the regime would now mean a personal collapse.

Any hope that the oligarchs who have lost their yachts will be able to influence, much less overthrow, Putin is illusory. Most of them have become even more dependent on Putin as a result of the sanctions, and therefore more loyal.

No money for reparations can be handed over to Ukraine tomorrow. The West has, after all, functioning institutions including an independent judicial system, and rich Russians have good lawyers and vast experience in fighting in Western courts. There will be lawsuits over individuals being put on sanctions lists or having their assets frozen. Any attempt to sell seized assets or to seize funds from a sale would also be challenged in court. Even if frozen assets can be sold off, it would only happen in five years at the earliest.

In the meantime, authorities in developed countries are now forced maintain many yachts, mansions and complex structured assets that can lose value without proper care. A whole set of businesses related to SRR but not solely owned by them are facing losses and damages, and there would be lawsuits from investors in other countries.

The Western elites are aware of these problems. Committees and working groups have emerged to develop a unified strategy. There might be a mechanism whereby the SRR could individually negotiate an agreement to pay compensation (say, to a fund to support Ukraine) in exchange for personal sanctions being removed and remaining assets unblocked.

But there are obstacles to establishing this kind of mechanism. First of all, the sanction lists have been adopted by different countries, so they vary in composition and restrictive measures. If the SRR resolves problems in some countries, they might face property seizures in others.

This problem could be solved by creating a single international body dealing with cases and concluding settlement agreements on behalf of a group of countries This body could be created by intergovernmental agreement and would not require significant changes at the legislative level.

The second problem is how to determine the scale of compensation, which comes down to two main issues: the degree of culpability of a particular SRR and practical political considerations.

Let's start with guilt. It has the following dimensions:

1. Political background. Some have held public office, belonged to United Russia, and have publicly expressed chauvinistic ideas. Others have tried to distance themselves from politics as much as possible. Still others have secretly financed opposition media outlets, liberal parties, or even individual activists, and sometimes have spoken out publicly against the most odious decisions of the Russian authorities.

2. Economic collaboration with the regime. Some have received state contracts or non-market competitive advantages, or have been in partnerships with representatives of Putin’s political establishment. Others have never been involved in anything of the kind.

3. Origins of capital. Some of the fortunes have arisen from privatization and other practices that are impossible without corrupt interaction with the authorities. Other fortunes emerged from scratch, in new sectors of economy, where the importance of administrative resources is less significant (from retail to IT).

All of the above criteria are extremely important both in terms of fidelity to Western values and institutions and in terms of the signal that this story will send to elites in third countries. But they must be clearly and transparently spelled out, and each case must be proven. The degree of responsibility and the amount of compensation should be determined individually. And a beneficiary of state contracts, who is a member of United Russia must be somehow separated from the ordinary big businessman, who is forced to deal with the government simply due to the size of his own business.

I do not object to the notion of collective responsibility. Even those oligarchs who did not support Putin but did not openly oppose the regime or finance the opposition share responsibility for Russia's slide into authoritarianism and indirectly for the war in Ukraine. This is responsibility for opportunism. Another question is whether opportunism is sufficient grounds for forcing anyone who earned money in Russia to pay compensation.

Another difficult question is how to calculate compensation. The SSR who tried to whitewash their assets by paying taxes and buying assets in the West would suffer the greatest. Those who hid their property behind complex schemes of ownership, or hid it in countries that have not joined the sanctions, would be the winners. This is obviously a bad signal to institutions and signals to elites in third countries.

It would be more honest to determine the compensation from the presumed amount of income received in Russia. But it’s hard to see how such an approach could be implemented in practice.

Now let's move on to questions of political expediency. The super-rich of Russia can be roughly divided into three groups:

1. Timchenko, the Sechins, the Rotenbergs and hundreds of less illustrious surnames. Their main assets and earnings are in Russia, their future in the event of a collapse of the Putin regime is unclear and, therefore, their loyalty to the regime is great. For purely political reasons, thye only option is to confiscate all their seized assets, especially since they would never accept the ruling of an international body.

2. The super-rich who have earned money in Russia,but who have long since transferred the bulk of their assets abroad. Putin doesn't care if they suffer great losses; their problems would serve as a disincentive for other rich Russians thinking of moving their capital out of the country. This group is the most interested in mechanisms of settlement, but in terms of impact on Putin's regime and the Russian economy, their fate is of minimal importance.

3. SSR who have kept part of their business in Russia but have moved a considerable part of their funds to the West. This is the largest group in both number and volume of assets. The most famous names here are Friedman, Aven, Abramovich, but there are thousands of wealthy Russians who have found themselves in a similar position.

When war broke out, all of them were faced with the question of what part of their fortune to sell and where to stay. The vast majority of them would prefer a quiet life in the West rather than in an authoritarian Russia with the growing risks of repression and redistribution of property.

If sanctions had not been imposed, these people, through one scheme or another, would have moved hundreds of billions of dollars from Russia (not immediately, but over two-three years). Fear of sanctions has meant that some haven’t moved assets abroad when the war began as planned. In other cases, some are returning funds back to Russia out of fear that it will be impounded abroad.

There are also people whose main assets are now in Russia but would like to sell them and leave. For some of these people, the possibility of being put on the sanctions list is a deterrent.

Any sanctions on the third group play into Putin's hands, so it would be wise to make it as easy and secure as possible for them to get money out of Russia. To this end, people not on the sanctions list should be allowed to find out if there is a risk of sanctions being imposed on them personally. If there are no claims against them, then they can safely sell their business in Russia and leave. This would have to be a confidential procedure, since anyone looking to sell assets in Russia would be at risk.

For SSR already under sanctions, in addition to the compensation agreement procedure discussed above, it would be reasonable to promise an exemption from sanctions for that part of the money that would come from the sale of their Russian assets.

I invite readers to decide which is more important: satisfying their sense of justice for individual wealthy Russians or depriving the Russian economy of capital and managerial competence?

A longer version of this article was first published in the MT Russian Service.

Dmitry Nekrasov is a politician, economist and entrepreneur who was deputy chief of the Federal Tax Service analytical department from 2010 to 2012 and former executive secretary of the Opposition Coordinating Council.

Dmitry Nekrasov is a politician, economist and entrepreneur who was deputy chief of the Federal Tax Service analytical department from 2010 to 2012 and former executive secretary of the Opposition Coordinating Council.