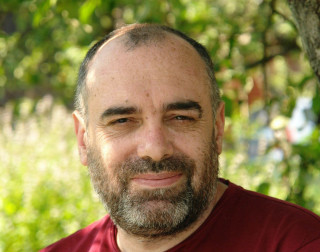 Gennady Burbulis, the only Russian Secretary of State and one of Boris Yeltsin's closest associates, died on June 19, 2022.

When people heard news of his death, most recalled that he was a signatory to the Belovezh Agreements that dissolved the U.S.S.R. But even that landmark event is viewed in different ways among the liberal-minded public, who in recent years favor Mikhail Gorbachev over Boris Yeltsin.

And so, Burbulis is going into eternity under a shadow as the person who "ruined" or destroyed something.

But what did he accomplish? Who was he?

He was a modest assistant professor in Sverdlovsk (now Yekaterinburg), a social scientist and Ph.D. who worked first at the Urals Polytechnic Institute and then at the branch Institute of Professional Development. In 1987 in Sverdlovsk a club called Discussion Forum was organized at the Automobile Culture Center. One of its main founders was Burbulis. He led the meetings, inviting various "informal politicians" (as they were called then) on stage. A philosopher and a teacher, he had, on the one hand, the skills to keep a dispute under control, and on the other hand, intellectual courage. That is, Burbulis was not afraid of any topic, and the audience appreciated that.

In his book "Ye-burg" the writer Alexei Ivanov devoted a separate chapter to Burbulis and his Tribune. He wrote, “Gennady Burbulis proved to be a skillful moderator, and Tribune quickly became the center of political and social life. Intellectuals and activists won over the heart and soul of the city. Local television taped all sessions of the Tribune, and they were watched more than even the most popular music shows. There was nothing like Tribune in the Soviet Union at that time, and internationally renowned heroes of the 'struggle against the system' and stars of emerging democracy were happy to come to Sverdlovsk. Tribune meetings lasted four or five hours and were attended by up to a thousand people, who filled the hall and stood along the walls, hanging on every word. At times, people whistled and shouted, climbed the wall and waved homemade posters. This ‘symphony’ was conducted by Burbulis, under whose elbow sat a council of experts — another innovation.”

For Sverdlovsk, a city that was literally closed to outsiders due to its defense plants but on the other hand was full of intellectuals, some of whom worked in the defense industry, this was a gift: a breath of fresh air, a chance to discuss the burning topics of the day in front of an enormous audience — not in their kitchen or the break room at work.

No one forgot this about Burbulis. In 1989 he was elected to the First Congress of People's Deputies of the U.S.S.R. During those unforgettable days in May, he along with the whole country sat and listened to Andrei Sakharov, Anatoly Sobchak, Yuri Afanasyev, Gavriil Popov and many others. Like all of us he had to pinch himself to see if he was dreaming, but unlike like the rest of us ordinary folks, he was listening to them while sitting in the audience. He — a young man at the time — could go up to any of these people, get acquainted and jot down their phone number. Together with the Muscovite Sergei Stankevich, Burbulis did the most important thing: he brought them together. He united Yeltsin, Sakharov, Afanasyev, and Popov into one group, which was joined by all other deputies who didn’t want to toe the party line — and then there was only one party, the Communist Party — or the line of any other corporate structure.

The Inter-Regional Group of Deputies, which was created behind the scenes of the Congress by Stankevich and Burbulis, was first and foremost a tandem of Yeltsin and Sakharov — the most famous dissident and the most famous oppositionist in the top Communist Party leadership. When they united, it sparked a blast of such power that nothing could resist — not the powerful Communist Party organization, not the machinations of the KGB, not the coup that took place two years later, and not even the will of Gorbachev, who was at that time the most influential politician in the world.

This energy of liberation and the will to liberate ultimately led to the collapse of the old system.

Of course, there were other powerful factors, such as the clumsy, brutal intervention of Soviet troops, the economic collapse, the failure of the Governmental Committee on the State of Emergency. But still every liberation movement must have a symbol, a certain iconic moment that packs the whole revolution into one sign. In Russia, this sign was the union of Sakharov and Yeltsin in one political alliance.

In 1990, a new Russian congress was elected that would ultimately establish the new state by amending the Constitution of the RSFSR, electing Yeltsin head of state, introducing the post of president, and so on. Two years later in April 1992, this same congress demanded that Yeltsin dismiss Burbulis, one of the creators of the new political order and democratic Russia. March 1990, when Burbulis helped Yeltsin in the Sverdlovsk elections, to April 1992 — this was his short life as a politician.

What did he achieve in these two years?

He was one of the founders of the Democratic Russia party, the first liberal party in the history of the country.

Yeltsin, doubtful to the last, wanted to keep two “poles” in his economic team, trying to get Gaidar and Grigory Yavlinsky to work together. But this was impossible. Burbulis joined Gaidar's Cabinet and was the man who provided these Russian "Chicago Boys" with a political platform. Having Yeltsin’s back, being his de facto chief of staff, he did the enormous organizational work to make private property, a freely convertible ruble, and free trade a reality.

Without Burbulis — and not only without Gaidar — this would not have happened. And that’s not all Burbulis achieved during the Yeltsin era. It was Burbulis who found the lawyers who, back under Gorbachev, wrote the key laws that radically changed the life of the country, such as the Law on Freedom of the Press and Information, the Law on Free Exit from the USSR, the Law on Freedom of Conscience, and the Law on Rehabilitation of Victims of Stalinist Repressions. Under his leadership, these laws had already been adopted by the new Russian parliament and were working in the new reality. Under Burbulis (and for some time after him), the Presidential Council included some of our most illustrious contemporaries, such as Galina Starovoitova and other democrats of the first wave.

And finally, Belovezhskaya Pushcha. The signature of State Secretary of Russia Burbulis is also on this document, since in December 1991 he was officially considered the second person in the state. And most importantly, it was he who wrote down on paper the key phrase: "the Soviet Union as a geopolitical reality ceases to exist.”

That phrase had to be written in the present tense in the style of the document, but the truth of the matter was that the Soviet Union had already ceased to exist. By that time, the Soviet Union no longer existed in its former form, and it was too late to save it. And besides, there was no will to save it. After the failed coup, after the Ukrainian referendum, after the ban on the activities of the Communist Party, after the collapse of economic ties — it was all over.

When Yeltsin dismissed Burbulis, he might have hoped to bring him back after a while, just as he had tried to bring back Gaidar, Anatoly Chubais, and many other members of his team after sacking them.

But Burbulis did not return to big politics, although he was a Duma member and a senator in the Federation Council for some time.

He went back to where he began: discussions, political education, and organizing meetings of thinking people. Apparently, this is what he liked best.

In Moscow on Bolshaya Sadovaya Ulitsa, in a mansion built by the celebrated style moderne architect Fyodor Shekhtel for his family, Burbulis opened his foundation Strategy. There the foundation held meetings with people who had been in the thick of things in the 1990s, who didn’t need to read the newspapers to know what was happening in the country. Participants and figures in the democratic revolution of the 1990s met to speak out after the fact, and perhaps even to argue with one another. And simply to see each other.

Burbulis loved music. At these events, as well as at Discussion Forum events in the Yeltsin Center, young musicians always performed. He probably thought that music would soften passions, relieve tension, and help build intellectual harmony. Very often, he took this company of "hardened democrats" out to the provinces to speak before students and teachers as part of his foundation’s many educational programs. Once I, as the author of the biography of Yeltsin, was included in this company. I was impressed by its level, both human and intellectual: Viktor Sheinis, Arkady Murashev, Stanislav Shushkevich, Andrei Nechaev. It was an honor to be in their company.

Knowing Burbulis’ character, I’m sure he invited his former opponents to meetings of his club as well —but this tradition has not caught on in our political culture.

But once another professional political advisor, Georgy Shakhnazarov, who was a member of Mikhail Gorbachev's inner circle for a long time, had the same idea in a dream. He wrote about a roundtable on the events in Poland in the early 1980s, which was attended by all sides of the civil conflict of the time. “For a second, I imagined the same square table but in the Faceted Chamber of the Kremlin, with on one side Gorbachev with Yakovlev, Medvedev and other proponents of perestroika, on the other - Yeltsin, Burbulis, Gaidar and their associates; on the third side – the communists Zyuganov, Lukyanov, Ryzhkov, and “emergency committee” members who intended to save the Union; on the fourth – the leaders of the other former Soviet republics Nazarbaev, Karimov, Niyazov, Aliyev, Shevardnadze... They are sitting there telling journalists "how it was," peacefully filling in the details... What a nightmare! It didn’t happen because it could never happen with us!”

But  Gennady Burbulis was, perhaps, the only person in our political life who would have been quite capable of moderating such a discussion. He would have at least tried to end the current civil war in a conversation, to make these difficult topics the subject of discussion, research, and not confrontation — to stop squabbling and insulting one another — at least 30 years from now.

But he wasn’t able to do this. Whether someone else will succeed – only time will tell.

Boris Minaev is a writer and journalist, author of a biography of Boris Yeltsin

Boris Minaev is a writer and journalist, author of a biography of Boris Yeltsin