On Monday one of Germany's most influential newspapers, Die Welt, announced that they were hiring Marina Ovsyannikova, the former editor of Russian state Channel One who interrupted a live news broadcast with an anti-war poster a few weeks ago. The press release praised her courage and determination to defend journalistic ethics.

Indeed, Ovsyannikova is the only employee of the Russian state media who has dared to use her position to break the state stranglehold on information. She is also one of the few who has publicly regretted having worked for years to “zombify” the population.

But her employment at Die Welt raises questions about the responsibility she bears for peddling Russian propaganda. This is particularly sensitive given the difficult and increasingly dangerous conditions journalists in Russia's independent media have been working under since Vladimir Putin came to power in 2000.

From almost the moment Vladimir Putin took office, he and his team began to dismantle Russia’s independent media. First, the state took control of television, beginning with a takeover of the popular independent television channel NTV, then moved to local television stations and newspapers, radio, and national print media.

In recent years authorities began a mass campaign to label journalists and media “foreign agents.” Not only does this sound like “enemies of the people” in Russian, it meant the constant threat of administrative and criminal prosecution. To avoid being fined or criminally prosecuted, “foreign agents” had to follow complicated and burdensome — including financially burdensome — procedures invented by officials for seemingly no reason but to make their lives miserable.

Even worse, a media outlet could be declared literally “undesirable” and banned altogether. Mikhail Khodorkovsky's activities and the publication Project fell into this category.

As the market for independent media in Russia got smaller, so did the salaries. It was considered uncouth to discuss money; people — especially ordinary employees — were supposed to be working “for the idea.” But it was such a big problem that when the editor-in-chief of Novaya Gazeta Dmitry Muratov won the Nobel Prize, Svetlana Reiter, a journalist from the independent publication Meduza, asked if he’d raise the salaries of his staff with the prize money. He didn’t; he donated the money to charity instead.

Dozens, if not hundreds, of journalists have been out of work over the past 18 months seeking opportunities in foreign media. We in Russia weren’t able to create an independent trade union of journalists to provide support in such situations; circumstances simply didn’t allow it.

And finally, the profession of journalism in Russia is extremely dangerous. According to Reporters Without Borders, by 2020, 36 journalists have been killed during Putin's presidency, and it is hard to count how many attempts have been made on others' lives, how many have been beaten or harassed.

In the first week of the war in Ukraine, the authorities shut down almost all the remaining independent media in Russia. The internet channel TVRain was suspended; the oldest independent radio station Ekho Moskvy was taken off the air and its site destroyed; Novaya Gazeta stopped working until the end of the war, and any Russian-language websites that were not under state control were blocked, even if they were not covering the war.

Parliament deputies promptly passed new laws on military censorship, where the most severe punishment of 15 years in prison is for so-called "fakes" about the army. “Fakes” are any report not based on ministry of defense press releases.

When people are dying every day in Ukraine, it is not a good time for Russians to complain about their difficulties. But under threat of imprisonment, hundreds of journalists left Russia within days. The vast majority of them were not prepared for this; many did not even have enough savings to buy a ticket. When the Visa and Mastercard bank cards issued in Russia were blocked abroad, they lost access to even the tiny sums they had in their accounts. Most foreign media outlets with bureaus or correspondents in Russia had some kind of emergency plan and resources to help their employees, but the Russian outlets had nothing.

Besides, not everyone can leave the country. Many journalists don’t have the means, or they have relatives who depend on them. But staying behind is dangerous, even for people who are not journalists. Pavel Zelensky, who worked for Alexei Navalny's media outlet, went to jail last year even though he was a cameraman, not a journalist.

Marina Ovsyannikova and certainly Die Welt bear no blame for any of the above. But if the journalists in Russia — and especially in Ukraine — who have truly suffered under Putin’s regime found her protest on air to be inspiring, they also wonder if she was the most deserving candidate for the job. 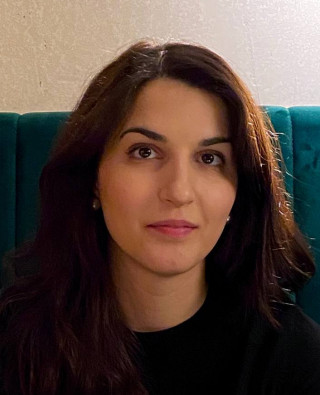 Farida Rustamova is a journalist who has worked for BBC News Russian, Meduza and TV Rain. Her Faridaily newsletter is available on Substack.  @faridaily_

Farida Rustamova is a journalist who has worked for BBC News Russian, Meduza and TV Rain. Her Faridaily newsletter is available on Substack.  @faridaily_