Three decades have now passed since the breakup of the Soviet Union, but the Soviet legacy is still thriving in Russia. At the behest of President Vladimir Putin, the Russian Supreme Court on Tuesday and Wednesday ordered the dismantling of the country’s two Memorial organizations: Memorial International, which has systematically documented the murderous atrocities perpetrated in the U.S.S.R by Josef Stalin, and Memorial Human Rights Center, which has promoted respect for human rights and the release of political prisoners in post-Soviet Russia.

The forced closure of Memorial, after statements by prosecutors that harkened back to the Stalin era, provides ominous confirmation of Russia’s return to authoritarianism under Putin.

The campaign against Memorial comes amid a wide-ranging crackdown by Putin on his political opponents and on activists who support democracy and human rights.

Through forceful repression and the manipulation of Russia’s legal system, especially laws on “foreign agents” and “extremism,” the Kremlin has wiped out nearly all safeguards against the revival of Soviet-style abuses.

The Supreme Court’s verdict against Memorial was preordained once Putin publicly expressed his disdain for the organization’s efforts to bolster public memory and protect human rights.

Memorial began as an experimental movement in the late Soviet era when the far-reaching reforms introduced by Mikhail Gorbachev prompted a small group of leading dissidents and intellectuals in the U.S.S.R. to set up an organization that would pursue accountability for the crimes of the Stalin era. The notion of introducing accountability for abuses committed by political leaders was a stunning departure for the U.S.S.R., whose rulers had carried out terrible crimes with impunity.

Soviet officials initially wanted to derail Memorial, but eventually they gave in and allowed it to be formally registered in 1989. During the remainder of the Soviet period, Memorial rapidly grew in influence, establishing itself as one of the world’s most highly respected organizations promoting human rights and historical reckoning.

After the Soviet Union broke apart, Memorial survived and continued its work, linking Memorial International and the Memorial Human Rights Center.  During the period of relative freedom in the 1990s, Memorial pushed for the declassification of crucial records, published thick volumes of transcribed documents, and compiled databases of information about millions who were killed under Stalin’s rule.  The scale of Stalin’s crimes made it impractical to achieve a full reckoning with the past, but Memorial achieved more than was ever believed possible to ensure that Russians would have access to information about mass atrocities carried out by the Soviet regime.

Memorial also sought to ensure that public officials in Russia would no longer be able to engage in violent abuses without accountability.  The organization publicized the cases of political prisoners, opposed curtailments of rights and freedoms, and decried atrocities carried out during Russia’s two wars in Chechnya.

But even as Memorial pursued its invaluable work, obstacles gradually emerged.  In the late 1980s and early 1990s, many Soviet citizens were eager to learn about Stalin’s crimes. But in post-Soviet Russia, the trend was less auspicious.  Public interest in the Stalin era diminished and was gradually replaced by a fatalistic apathy.

One of the leading reformers under Gorbachev, Aleksandr Yakovlev, who became a staunch supporter of Memorial’s work, commented in early 2001: “When I read all these materials about Stalin’s terror, I am appalled to see that Kremlin leaders were so cruel and destructive toward their own people. But what worries me even more is that the large majority of people in this country {Russia} nowadays are totally indifferent to this information.”

Memorial: NGO That Fought for Victims of Russian Repression

The dwindling level of public interest was reinforced by the rise of Putin and the return to an authoritarian mindset in the Kremlin.  Soon after taking office, Putin revived symbols and features of the Stalin era.  In his address to the Federal Assembly in April 2005 he declared that the disintegration of the U.S.S.R. in late 1991 “was the greatest geopolitical catastrophe of the [20th] century.”

Over time, he tried to prevent condemnations of the Stalin-era repressions, and some of his top aides even defended the abuses.

In Dec. 2017, Putin’s long-time head of internal security, Aleksandr Bortnikov, argued that Stalin’s repression of millions had been largely justified because “the enemy was trying to defeat us, either in open battle, or relying on traitors within the country, and with their help stirring up trouble, dividing the people, and paralyzing the state’s capacity to react in a timely and effective manner to emerging threats.”

Bortnikov insisted that “archival material shows there were objective grounds for a significant percentage of the criminal cases” during Stalin’s Great Terror.

Putin has not gone quite as far as Bortnikov in whitewashing Stalin’s record, but his obfuscations about Soviet-era crimes have become more audacious in the years since Russia went to war against Ukraine.

In a nationally broadcast speech announcing Russia’s annexation of Crimea in March 2014, Putin used Stalinist terminology, castigating “traitors” and “fifth columnists” in Russia who were supposedly trying to thwart his bid to restore Russian glory.

In the years since then, official images of Stalin as a “great leader” who spearheaded the Soviet victory over Nazi Germany have crowded out attempts to commemorate the tens of millions of victims of Stalin’s repressions. Putin has repeatedly made clear in recent interviews that although certain “excesses” occurred during the Stalin era, these should not detract from the “immense pride” that he and other Russians feel in the “national greatness” of the state built by Stalin.

Memory, and Memorial, Will Prevail

The revival of Stalinist phraseology was jarringly evident this week at the court hearings that liquidated Memorial.  The state prosecutor, Aleksei Zafyarov, accused Memorial of having committed “crude violations” of the “foreign agents” law, but most of his comments focused not on the law or the alleged violations but on Memorial’s work in documenting the Stalinist past. His scathing assessment of Memorial’s work and motives was reminiscent of the invective used by Stalin-era prosecutors in the 1930s and 1940s:

It is obvious that ‘Memorial,’ having capitalized on the theme of political repressions in the 20th century, has created a deliberately false image of the U.S.S.R. as a terrorist state and has been whitewashing and rehabilitating Nazi war criminals whose hands are stained with the blood of Soviet citizens.

Why should we, as descendants of the victors in that war, now feel obliged to watch the rehabilitation of national traitors and Nazi accomplices?

Striking a theme championed by Putin in recent years, Zafyarov emphasized that “we, the descendants of the victors have no need to repent or to be embarrassed. We should be proud of our glorious past!”

Although Memorial will be appealing the court’s decision, there is little prospect of success on such a high-profile case. But even if Memorial as a legal entity is now defunct, the guiding force behind the organization since 1989 — the desire to understand why so many millions of people were unjustly killed, tortured, and imprisoned in peacetime at the hands of their own rulers —will undoubtedly persist.

Putin’s efforts to curtail scrutiny of the Stalin era may succeed in the short term, but the years of research undertaken by Memorial cannot simply be erased from the historical record. Although a renewed drive for historical accountability may be infeasible until Putin is gone from the scene, a new generation of Russians at some point will want to know why so many innocent people died under Stalin’s regime.

The work of Memorial will give a crucial boost to any such quest for understanding. 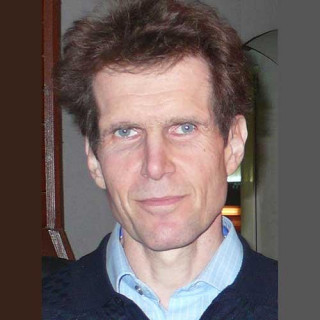 Mark Kramer is the Director of the Cold War Studies Project at the Davis Center.

Mark Kramer is the Director of the Cold War Studies Project at the Davis Center.
Read more about: History

This Isn't Your Grandma's Russian Museum

Russian viewers say “Anastasia: Once Upon a Time” mocks one of the most tragic episodes in their country’s history.