Moscow and Minsk have finally agreed on twenty-eight “union programs” on integration, after three years of difficult negotiations. The signing of the programs has prompted fresh talk of the erosion of Belarusian sovereignty and its creeping takeover by Russia. Both countries’ leaderships have tried to present the agreements as a breakthrough, but will they really change the course of the two nations’ integration?

There isn’t enough information available right now to be able to draw firm conclusions over precisely what decisions have been made and how they will be put into practice. It’s hard to tell from the published list of areas of integration how detailed the programs are, and what plans and timetables there are for their implementation. It’s likely that more concrete details will become known after the programs are given the final approval of Russian President Vladimir Putin and his Belarusian counterpart Alexander Lukashenko in November at the state council of the Union State that the two countries together comprise. Still, the current list does provide some idea of where Russian-Belarusian integration is headed.

Firstly, the programs appear to be a compromise. Looking at the list, it does not look like the Kremlin has taken advantage of its ally’s weakness to push through its own agenda.

The main conflicts in the interests of the countries became clear several years ago, at the very start of the talks. For Moscow, important issues include tax and customs regulation: the ability to track the movement of goods across its territory. For Minsk, the terms of energy cooperation and access to the Russian market are what matters most. And just as Minsk resisted the introduction of a single tax code, Moscow constantly put off moving over to a single oil and gas market.

Both of these contentious areas appear in the list of agreed programs, complete with approximate dates, meaning that both sides have agreed to make concessions—though, of course, the timelines for implementing these concessions are entirely provisory, and could well go the same way as many other agreements between Russia and Belarus that never got off the ground.

Secondly, many of the programs look like general framework documents that will still need to be cemented and clarified with additional laws and agreements. The program on bringing monetary policies in line with one another, for example, envisages that the Russian and Belarusian central banks will reach an agreement on the principles and mechanisms for doing so by December 2022. What they will look like is not yet clear.

It’s a similar story with the single gas market. Moscow and Minsk have given themselves until December 1, 2023, to sign program addenda determining the principles upon which it will operate and be regulated. Considering the fraught history of the gas conflicts between the two countries, there is little cause for optimism in this regard.

Thirdly, it’s worth noting the issues that do not appear in the published list. There is no mention of a single currency, defense policy, state security, or supranational bodies. Political integration is ruled out entirely. In other words, anything that would impact on the foundations of state sovereignty has for now been removed from the equation. And though Lukashenko has said that it was Putin’s initiative to abandon the program on political integration, it’s obvious that it was the Belarusian side that insisted upon this.

This is all at odds with the popular belief that Lukashenko, weakened by mass protests and his isolation following last summer’s contested presidential election, would have to pay for the Kremlin’s help by surrendering aspects of Belarusian sovereignty. In their current form, the union programs contain little suggestion of dramatic integration. That means we are either underestimating Minsk’s negotiating position, or seeing a fundamental change in Moscow’s strategy—or both.

It’s likely that its disastrous experience with Ukraine has prompted the Russian leadership to rethink its approach, and to stockpile some strategic patience rather than try to break an obstinate partner by force. Ultimately, Minsk is in such a difficult situation right now that increased integration, including political integration, is only a question of time: something Moscow has plenty more of than Minsk.

On the other hand, procrastination is a tried and tested tactic for Lukashenko that has repeatedly proved effective when drastic changes on the international arena helped the Belarusian leader find new ways to hold on to power and shore up his country’s sovereignty. What if this time, for example, the flood of refugees from Afghanistan forces the EU to reconsider its relationship with Minsk, just as the Ukrainian crisis did back in 2014? Even in an apparently hopeless situation, therefore, Lukashenko will delay any handover of actual sovereignty to Moscow for as long as he possibly can.

In any case, Belarus’s geographical location, the structure of its economy, and the nature of its political system are pushing Minsk to diversify its trade flows and foreign relations as far as possible. Crude attempts to force Russian standards and behavior onto the Belarusian side are guaranteed to be met with resistance and antagonism, even amid Minsk’s current difficulties.

Finally, some of the formal and symbolic aspects of the much-vaunted meeting between the two leaders confirm that the agreements are not so much of a breakthrough as routine affairs with a spin put on them. What were previously called “integration road maps” are now more modestly referred to as “union programs.” In other words, the focus is shifting from closer integration toward the routine functioning of the Union State. This has the additional benefit of not sparking panic or creating unrealistic expectations.

The fact that the programs were agreed on the eve of Russia’s parliamentary elections (September 17–19) also suggests an attempt to score a win at home, even if it was pure coincidence.

Still, it says a lot that the two sides agreed the integration documents at the highest level. It attests to the fact that Moscow is still seeking a separate, greater integration with Minsk, beyond membership of the Eurasian Economic Union. And that means Moscow believes it to be particularly important for Russian security, and even to some extent for its state and national identity.

At the same time, the large number of union programs that have been agreed does not change the fact that one fundamental issue of bilateral relations remains unresolved. Given the significance the Kremlin affords its neighbor (or, to be more precise, its territory) in terms of security, Moscow clearly needs its relationship with Minsk to be more than that of just military and political allies. It needs long-term guarantees of geopolitical loyalty.

The best kind of guarantee would be the presence of Russian military and political infrastructure inside Belarus. That is something that will be difficult to obtain under the current Belarusian system, but Russia is unlikely to give up. That means the issue will continue to spark tension and conflict in their bilateral relations.

Minsk’s isolation from the West and the transition of power that has already begun there will create a window of opportunity for the Kremlin and the temptation to fundamentally increase its political influence in the neighboring country. But putting too much pressure on Belarus right now could backfire and lead to unforeseen consequences. It would appear that Russia understands that, and is therefore playing the long game on integration, seeing it as a safer option. 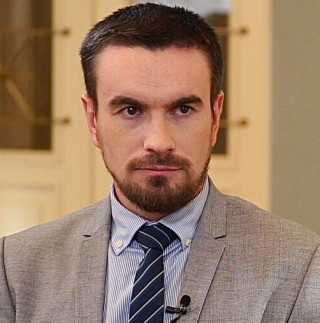 Dzianis Melyantsou is the coordinator of the Belarusian Foreign Policy program at the Minsk Dialogue Council on International Relations.

Dzianis Melyantsou is the coordinator of the Belarusian Foreign Policy program at the Minsk Dialogue Council on International Relations.
Read more about: Belarus

Belarus sparked global outrage and a ban on its airspace when it diverted a Ryanair flight and detained an opposition campaigner and his girlfriend.
Kafkaesque

The opposition journalist captured by Belarus after the flight he was on was diverted to Minsk was paraded before the media Monday.
'fraternal' partnership