Is Russia poised to fill the vacuum created by the chaotic U.S. departure from Afghanistan and enhance its clout in neighboring Central Asia? Don’t be so sure. Even though Moscow has publicly cheered the removal of U.S. and NATO troops from the region, Russian officials are sober-minded enough to appreciate the downsides of their departure.

The key question now is whether Moscow is equipped to deal with a combustible situation along its southern flank that is unfolding far more quickly than anyone might have expected. While Russian officials routinely assert that Moscow is rightfully the region’s chief security provider, it remains unclear whether Russia is up to that task, let alone whether it has the desire to do the job effectively.

Moscow Watches Kabul’s Fall With Some Satisfaction, Much Concern

Russia's desire for stability and influence

Russia’s greatest asset and biggest advantage in a Taliban-dominated Afghanistan are low expectations. The Kremlin’s main goal will be to try to ensure that the Taliban prevents extremists from causing problems in neighboring Tajikistan and elsewhere in Central Asia. Moscow will be prepared to absorb a few spillover cases of extremism—when Russian policymakers deem it in their interests, they have shown a willingness to claim that a terrorist attack either didn’t occur at all or wasn’t even a terrorist attack in the first place.

Russian leaders will face a much stickier challenge if the self-proclaimed Islamic State or other organized extremist groups begin once again to target Central Asia or Russia itself from Afghanistan. This is precisely the scenario that Russian policymakers have worried about and tried to avoid since 2001—and it is the reason why, until 2015, Russia played a quiet but significant role in supplying the U.S.-led coalition in Afghanistan by way of the so-called Northern Distribution Network, which allowed NATO to transport equipment and supplies through Russian territory.

Beyond purely defensive goals, the Russians want and expect little from Afghanistan. Their long-term task will be to maintain Moscow’s influence in Central Asia as the reemergence of the Taliban and religious fundamentalism potentially shake up the region’s balance of power and security dynamics. Russia is likely to find a healthy demand for the security assistance that it claims as its strong suit. To this end, the Russian military has already held joint training exercises multilaterally via the Collective Security Treaty Organization (CSTO), a Russian-led military alliance of former Soviet states, and bilaterally in Kyrgyzstan, Tajikistan, and even the ever-elusive Uzbekistan, which traditionally has resisted Russia’s Eurasian integration agenda.

Not such a helpful friend

Yet Russia’s track record as a security provider for CSTO allies and regional partners is surprisingly thin. Unlike the U.S. military, which has spent the past two decades working by, with, and through foreign partners on counterterrorism missions, the Russian military operates in a totally different fashion. Recent history across the former Soviet space from Ukraine to Central Asia highlights that Moscow often is an unreliable, unpredictable, or ineffective partner. Russia stayed on the sidelines of the 2020 war and subsequent 2021 border confrontation between Azerbaijan and Moscow’s CSTO ally Armenia. When the government of Kyrgyzstan asked for help quelling ethnic riots in 2010, Moscow had no appetite for intervening. Similar intercommunal violence persisted for days along the Kyrgyz-Tajik border in the spring of 2021, even as Russia’s minister of defense visited the Tajik capital for a meeting with counterparts from CSTO members. As if to underscore the ineffectiveness of that body, which Moscow created to reassert influence over its former internal empire, both Kyrgyzstan and Tajikistan, the opposing sides of that brief border war, are CSTO members.

Taliban Rule Will Be a 'Threat' to Russia and the World, Top Panjshir Resistance Member Warns

Other players including China and Turkey are likely to be more active and influential than Russia will be in both Afghanistan and parts of Central Asia. Financially, Russia can’t compete with China in parts of Central Asia that need to develop local economies and create jobs—an essential task for the region’s long-term stability. Moscow will also want to stay on good terms with Pakistan, the Taliban’s main sponsor, without alienating India. Moscow almost certainly reckons, based on its experience in Syria and elsewhere, that such balancing acts are manageable. But they are a far cry from the level of control the Kremlin enjoyed in Central Asia before the Soviet collapse.

Despite all appearances, Russia is worried

The bombast and gloating of Russian propaganda over the humiliation of the United States in Afghanistan are just that: bravado directed primarily at a domestic audience. At the official level, Moscow has no illusions about the threats resulting from the fall of former Afghan president Ashraf Ghani and the government he led. Russian President Vladimir Putin, Foreign Minister Sergei Lavrov, Defense Minister Sergei Shoigu, and other officials place little stock in Taliban assurances that Russian interests in Afghanistan will be protected. Instead, they point to the threat from uncontrolled weapons transfers to the Taliban, the threat of extremists among Afghan refugees crossing into Central Asia, and concerns about the drug trade. The majority of the opium and heroin consumed in Russia comes from Afghanistan through Central Asia, creating a large public health problem.

In at least one respect, the Kremlin and its media propagandists reinforce each other’s messages: if security threats to Central Asia or Russia arise out of the Taliban takeover, they will be the fault of the United States. By preassigning blame, the Kremlin is trying to give itself an excuse should it have to resort to cross-border strikes inside Afghanistan itself.

As one Russian expert in the post-Soviet states has suggested, Russian officials’ repeated denials that they intend to send troops to Afghanistan or resort to using force in the country raise suspicions that precisely such a possibility—with all the unwelcome comparisons to the Soviets’ past misadventure in Afghanistan—weighs heavily on their minds. Moscow has its own sad and humiliating history in the country, and the Russian people have not forgotten it.

This piece was originally published by Carnegie. 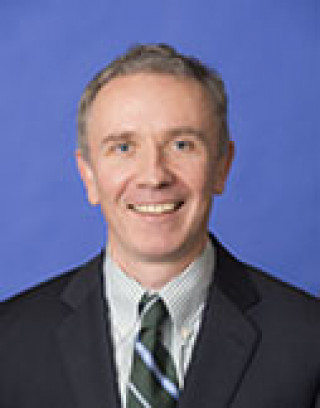 Paul Stronski is a senior fellow in Carnegie’s Russia and Eurasia Program, where his research focuses on the relationship between Russia and neighboring countries in Central Asia and the South Caucasus.

Paul Stronski is a senior fellow in Carnegie’s Russia and Eurasia Program, where his research focuses on the relationship between Russia and neighboring countries in Central Asia and the South Caucasus.