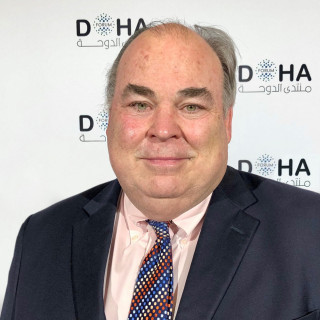 The recent hostilities over Nagorno-Karabakh did not have to end this way.

They would have become far worse, if allowed to continue. But regrettably, there have also been decades of missed diplomatic opportunities that might have avoided this human catastrophe altogether and brought peace earlier to this troubled region.

The Russian-brokered agreement that entered into force at 00:00 Moscow time on Nov. 10 brought a swift conclusion to 44 days of intense fighting.

The war had already claimed thousands of lives, displaced over 130,000 people, and done massive damage to civilian infrastructure, ranging from apartment blocks and homes, to hospitals, schools and businesses.

Azerbaijan’s success on the battlefield has helped Baku restore control over vast swaths of its territory that Armenian forces had seized as a security buffer in the early 1990s.

The capture of Shusha — a major historic, cultural and religious center — at the end of the war, and the imminent collapse of Armenian forces called into question both the fate of Stepanakert, the region’s capital, and the tens of thousands of locals that remained in the region.

It also heightened the risk of an act of desperation by Yerevan that might have escalated the conflict even further, possibly drawing Russian and Turkish military forces actively into the mix. Azerbaijan’s shooting down of a Russian helicopter flying over Armenia highlighted this rising instability.

It should come as no surprise, therefore, that Moscow was spurred into quick action.  There should also be no surprise that what emerged was not just a ceasefire, unlike the three previous agreements promoted by Russia, the U.S. and France — the OSCE Minsk Group co-chairs — in October. On each of those occasions fighting erupted within hours of their implementation. Indeed, the ceasefire agreed on just two weeks earlier in Washington, D.C. reportedly lasted minutes.

The latest agreement put into place what was required to halt the fighting. It includes both a ceasefire — this time with the rapid deployment of Russian peacekeepers to ensure a different outcome than the earlier efforts — and several elements of a political settlement.

It is not, however, a sustainable comprehensive peace agreement.

Whether Pashinyan can politically survive this debacle is unclear and the damage done to Armenian democracy and independence in the face of increased dependence on Russia may be appreciable.

A sustainable comprehensive agreement can only be achieved at the negotiating table, not on the battlefield. And at this point the OSCE Minsk Group remains the accepted mediation forum.

But Paris and Washington were not part of these last-minute negotiations.

Putin did speak with French President Emmanuel Macron a few days before the agreement, and Russian Foreign Minister Sergey Lavrov also spoke with his French counterpart after it had been brokered. To say that the United States has been distracted by the presidential election this past week would be an understatement. U.S. President Donald Trump has not spoken in public once since the fall of Shusha.

But it is important to emphasize that elements of the Moscow agreement were built directly upon efforts long advanced by that troika within the Minsk Group.

What Does the Nagorno-Karabakh Deal Mean for Russia?

The territories Armenian forces held as a security buffer were always expected to return to Azerbaijani control under a comprehensive political settlement, and a phased implementation of various elements was inevitable.

The establishment of a corridor connecting Armenia and the Nagorno-Karabakh region had also been considered part of any expected solution. Indeed, at peace talks in Key West in 2001, the idea of reciprocal transport corridors with guaranteed free movement of people and goods was considered — a mirror of those included in the latest Moscow agreement.

Several of the deal’s other provisions — the quick return of internally displaced persons (IDPs) with support provided by United Nations agencies, international assistance with demining and reconstruction efforts, the lifting of embargos and blockades, the release of prisoners of war and return of remains, the deployment of an international observer mission — were also all analyzed, discussed, and proposed by members of the Minsk Group over recent decades.

What is new in the Moscow agreement reflects the current reality — a partial solution that was not crafted in a slow, careful, deliberative process at the negotiating table, but against the backdrop of active warfare.

For instance, there had long been general agreement among Moscow, Washington and Paris that any monitoring or peacekeeping group would be drawn from OSCE states, but not include a contingent from a co-chair state or a country that neighbored Armenia or Azerbaijan — thus ruling out the idea of a Russian deployment.

But the essential element absent from the new agreement is the question that has proven most difficult to resolve: the future status of Nagorno-Karabakh.

From the beginning, an acknowledgment of Karabakh’s independence or right to self-determination has been the principal issue for the Armenian side.

Whether the two ethnic groups could even live again together peacefully in Karabakh remains an open question. Pashinyan recently expressed the belief that “Karabakh under Azerbaijan’s control means Karabakh without Armenians.”

This sentiment will have been magnified among the Armenian people by this latest war. This year at Valdai, Putin said the two sides’ goals could be achieved through peaceful negotiations, but added: “Unfortunately [they] still see each other through machine gun and rifle sights, and use weapons against each other.”

Amid the ongoing hostilities, it was wise not to seek an immediate resolution of this complex issue.

When Shusha fell, Aliyev cheered: “We have won this victory on the battlefield,” not at the negotiating table. “Despite all the statements, there are military solutions to this conflict,” he said.

While there may have been military solutions to some issues dividing the two nations, these have come at a particularly high cost.

In addition to the death and destruction, each side is believed to have used cluster munitions and possibly white phosphorus incendiary munitions — both banned under international conventions — in targeting civilian areas. The United Nations has also raised concerns about significant human rights violations and possible war crimes.

This will not help build international support for either side.

The use of force cannot resolve disputes like Nagorno-Karabakh.

The current situation is made unspeakably more painful because better arrangements than those being put in place today were attainable through diplomacy years ago.

The two sides, however, long fixated on maximalist positions, had been unprepared to embrace genuine compromise solutions.

The resultant sacrifices — thousands of lives, billions of dollars spent on arms, decades of lost growth and prosperity — have already exacted too high a price from the people of both Armenia and Azerbaijan.

The rare trilateral talks marked the first post-war meeting on the implementation of a Russia-brokered peace agreement between Armenia and Azerbaijan.
tenuous peace

The skirmish would be an apparent escalation of hostilities undermining a recent Russian-brokered ceasefire.
opinion Michael Kofman

A Look at the Military Lessons of the Nagorno-Karabakh Conflict

Russian President Vladimir Putin brokered the ceasefire between Azerbaijan and Armenia, which allowed Azerbaijan to consolidate gains after several weeks...