In a 2009 Salon article discussing Chicago's campaign to land the Summer Olympics, the journalist Edward McClelland lamented that when he ran into a Latvian sailor and the man only connected Chicago to the "gangster movie “Brat 2” (“Brother 2”).

McClelland argued that it was President Barack Obama, who helped Chicago clean up its image from the gangland of the 1920s. "…foreigners who used to take 'gangster tours' now gape at Obama's favorite barbershop."

Alexei Balabanov's film “Brat 2” was released eight years before Obama's presidency and played squarely into the 1920s mafia stereotype of the city. However, by peddling blatantly stereotypical representations of the African Americans who reside in the city, “Brat 2”  brought its Russian viewers into contemporary racial politics.

The recent 20th-anniversary showing of the film included footage from the American Black Lives Matter protests. It demonstrates the more significant issue of popular Russian understandings of race and prejudice in the United States. Furthermore, Russian media depictions of the protests in America reveal the deeply troubling Russian attitudes towards ethnic minorities in the United States and Russia.

I first learned of the "Brat" movie franchise when I came across the movie online and wanted to work on my Russian listening skills. I found the first movie to be a vivid and sensational depiction of post-Soviet Russia. The chaos born of the collapse of the Soviet Union was seared into my mind, so I was excited to watch the movie's sequel, which saw Danila traveling to the United States.

I was not prepared for what I saw in the second film. Unfortunately, there are relatively few positive portrayals of African Americans in Brat 2. Not only does Balabanov portray African American men as brutish, violent, foul-mouthed, and aggressive, but the film centers the story of the Russian Danila penetrating the seedy underbelly of Chicago to save Dasha (both physically and spiritually) from the clutches of her Black pimp who sells her body for profit.

Black men are represented as a pimp, gun-smuggling gangsters, homeless men, and a meek airport luggage porter. The negative depictions of African Americans begin early in the American part of the film.

At the start of Danila's time in Chicago, Dasha, the down-on-her-luck Russian prostitute, who becomes his sidekick, is brutally slapped by her pimp, Black Jack. Danila eventually assaults Black Jack and one of his henchmen after they verbally accost him, including calling him "snowflake" (a racial slur towards whites) while he is waiting on Dasha. He gets arrested, and while speaking to the police, the main cop hears what happened to him and replies, "f—k them n------s." Danila is then free to go.

In addition to the blatant racism of the police, there is a deep irony in Danila's cover story that he did not know he could not walk around anywhere (in America) because, in Russia, you can.

The logic is that in Russia (where there is not a sizeable Black population), a man like Danila can go about his way. Yet even in the year 2000 (the year the movie was released), people of color could not and cannot walk around in Russia anywhere or anytime they want. Ethnic minorities experience racial profiling by the police, thus limiting their ability to move and even rent apartments in the city.

20 Years of Vladimir Putin: How Russian Society Has Changed

Another problematic aspect of the film is the conversation between Danila, Dasha, and Danila's brother Viktor while sitting around a fire on the river bank. A homeless Black man approaches the group with curiosity, asking them how they are doing and explaining that they should never eat crawfish from the river, as it is an unclean bottom-feeder. Rejecting the advice, Viktor gets angry and turns the crawfish comment into a racist epithet. Danila intervenes and says, "negr go!" the man is incensed and returns with a friend to beat them up. Dasha explains that the proper term is "African American," but Danila does not understand. This conversation is poignant because it highlights the difference in racial and linguistic context he finds in Chicago.

Admittedly, I was upset when I first heard the term in Russian because I did not know what the word meant in Russian. The Russian word "negr" is akin to "Negro," which is an anachronism, but is not a slur, unlike the Russian word "chorny" which is similar to the English slur n---r.

Viktor's reaction to the homeless man illustrates the limits to the Soviet-era friendliness towards people of color. Before Viktor goes to the airport to go to America, he proclaims "svoboda Angela Davis," recalling the Soviet regime's leading role in publicizing the criminal trial of Angela Davis.

She would visit the Soviet Union in 1972 after she was acquitted. Thousands of Soviet children wrote letters on Angela's behalf, so Viktor's recognition is a throwback to the Soviet period. Curiously, he is so quick to use racist language towards the homeless man.

Perhaps, the most unsettling dialogue in the campfire scene comes from Dasha. Repeating a well-worn primitivist trope, she explains that Black people have something primal and animal in them that makes white people afraid. White people having lost this character, Blacks are therefore superior.

While Balabanov may have thought the quote was empowering for African Americans, it repeats the same ideas of Black aggression and inhumanity that have been the foundation of the murder of Black men and women by the hands of the police and their neglect by institutions. As the incident with Chris Cooper illustrates, the very presence of a Black man can lead to police phone calls because they have made a white person feel uncomfortable.

In the United States, there are complaints that doctors do not take the pain of their black patients seriously, and some still believe that black people have a higher pain tolerance than whites.

Finally, there is the classic ending of the film. Danila and Dasha are returning to Moscow in first-class seats, and we hear "Goodbye America" in the background.

The "revised" ending shown on television last week was a surprise to Russian viewers who saw a video of police beating protestors. Still, most of the images were of black and brown protestors engaged in property destruction and looting. Although there is some confusion about whether the ending was changed or the news program started early, the juxtaposition of the George Floyd protests in America with the film's treatment of black men and the Black community is evident.

Russian (and American) news outlets have focused on the property damage and looting that has occurred during the generally peaceful protests against police brutality in the United States. The Russian news reporter says, "The main values of the 'free world' are cracking under the blows of police batons, burning in the fire of looted stores, drowning in the fury of uncompromising confrontation."

Even President Putin has given his opinion on the protests, noting that while racism against African Americans as been a "long-standing problem" of the United States, he was against "mayhem and rioting." Putin even recalled a trope about African Americans and medicine, positing that Blacks only wanted Black doctors, something impossible in multiethnic Russia.

Putin's commentary mirrors that of President Trump and other conservatives who focus on the destruction of the protests. Both in America and Russia, the focus on looting and property destruction is a convenient way to undermine the exasperation of thousands of people whose skin color marks them as dangerous or violent, and thus a target for police violence.

Furthermore, it subverts the genuine solidarity across ethnicities in America against police brutality and systemic racism.

This point is what makes “Brat 2” and Russian media imagery of the George Floyd demonstrations so harmful. Black people, especially men, are depicted as threats, and aggressors. The violent Black pimp, the Black angry homeless man, the crooked Black gangster who sells Danila guns — all come from the worst stereotypes about Black people.

As the Black Lives Matter protests force America to deal with its centuries-long problems of racism and state violence towards people of color, Russia must also deal with its racist treatment of Central Asian, East Asian, and African residents and citizens.

Putin can showcase the multiethnic makeup of Russia, but he must also recognize the plight of minority ethnicities within his borders.

How did the "friendship of the peoples" of the U.S.S.R. fall to the depths of contemporary racism and violence against minorities in Russia? How did a country that was once a haven for African Americans fleeing Jim Crow-era America become a living hell for Black people?

Will Russia be able to cultivate a multiethnic social justice movement to address the systemic racism against ethnic minorities? If one sees people of color as violent criminals, it becomes impossible to see their humanity or that they deserve civil rights. Property can be rebuilt, but the dead cannot be reborn. 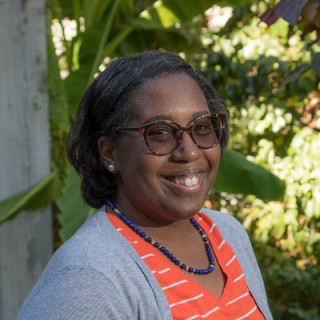 Kimberly St. Julian-Varnon is a historian of Russia, Ukraine, and the Soviet Union and an incoming Ph.D. student in History at the University of Pennsylvania. Her work focuses on race, ethnicity, and Soviet nationality policy  @ksvarnon

Kimberly St. Julian-Varnon is a historian of Russia, Ukraine, and the Soviet Union and an incoming Ph.D. student in History at the University of Pennsylvania. Her work focuses on race, ethnicity, and Soviet nationality policy  @ksvarnon

The biggest disappointment of the allied conference held at the U.S. military base in Ramstein, Germany on Friday was the failure of the negotiators to...