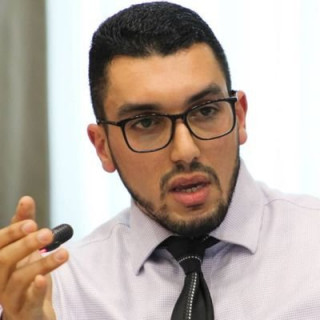 Kremlin’s support toward Haftar’s botched blitzkrieg on Tripoli may once again successfully capitalize on the U.S. and European powers’ collective abandonment of credible diplomacy. While the U.S. is most concerned about Russian military involvement in Libya, the impact of this intervention may actually be reflected in the diplomatic track. Europe’s passivity and disunity — along with the Trump administration’s failure to develop a coherent strategy — have already allowed far less influential players to project influence in Libya. The UAE and Turkey, for instance, have proven to be instrumental actors on the ground. While Russia may lack the political capital to launch an Astana-like process in Libya, its gamble on the inaction of its counterparts may still position it as a power broker.

Russia has deployed a large number of Wagner mercenaries and regular uniformed personnel in support of Haftar’s offensive. This intervention coincided with Germany and UN Special Representative Ghassan Salamé’s launch of the Berlin Process in September 2019. The German Foreign Office initially conceptualized this initiative as a summit for intervening states to unconditionally halt their support to the warring parties in Libya.

Foreign actors’ commitment to withdrawing their support would pave the way for relaunching the UN-led political process. Instead, after several preparatory meetings, the Berlin process has arguably morphed into a platform through which some of Haftar’s backers — particularly France and Egypt — have attempted to shape a political, economic, and security landscape favorable to Haftar and his Libyan Arab Armed Forces.

Russia’s deployment of Wagner mercenaries was not just concurrent with the launch of the Berlin process. It also came at a critical moment for Haftar, whose offensive had suffered military setbacks after losing his main forward base. In doing so, Russia initially maintained some form of plausible deniability about the degree of its involvement. It also became one of the primary players influencing the military landscape of Haftar’s offensive, thereby also dictating the septuagenarian general’s military and political relevance.

As a corollary, this also meant that Russian buy-in became the linchpin Berlin process’s success. Unlike other players in Libya, Russia is the only state with enough ground forces to decisively alter the outcome of Haftar’s offensive.

Despite Russia’s alarming involvement, Berlin process participants were complacent toward this new development. Russian troops’ combat contributions complemented the persistent airstrikes conducted by Emirati piloted, Chinese-made drones, and, at times, Emirati fighter jets. The Russian downing of both an Italian Air Force Reaper and an AFRICOM high-altitude drone elicited little more than a reprimand by AFRICOM’s General Townsend. The aerial superiority of the LAAF—the result of foreign aircraft flying on its behalf — has yet to achieve a military breakthrough on the ground, especially in dense urban areas.

And yet, thanks to Russian support, the tide may be slowly turning:  the Government of National Accord-led counter-advances are no longer as effective as they were.  Morale has taken a hit.  And, perhaps most importantly, the deployment of Russian mercenaries came at a time of diminishing Turkish military support for the forces aligned under the GNA. These forces are now more vulnerable than ever before.

Since early September, Turkey has decreased its number of Bakraktarr drone strikes. This reduction was partly a result of Ankara’s initial impulse to ascertain the prospects for the Berlin process.  Another motivating factor for Turkey's decision to scale back its support was the impact its role in Libya may have on its relationship with Russians in Syria. Furthermore, Turkey decided to capitalize on the international isolation of the GNA, which was left with no international support to counter Haftar’s power grab beside Turkey’s after April.

Turkey instrumentalized the increasing asymmetry in the relationship between Tripoli’s authorities and Ankara. Beleaguered, the GNA subsequently signed two Memorandums of Understanding with Turkey on maritime borders and security cooperation in late November, resulting in an Exclusive Economic Zone boundary line between Turkey and Libya. In doing so, Turkey absorbed a portion of Greece’s perceived territorial waters, an act which had a knock-on effect on Libyan-related alignments.

The reactions of other Mediterranean states to the MoU signing illustrates the disconnect between Berlin and the rapidly-changing military and political situation in Libya. Turkey and GNA’s actions have antagonized certain blocks. France and Greece comprise the first block, with both seeking to leverage their discontent into more antagonism for Turkey within the European Union.

This would involve the EU unilaterally condemning Ankara’s role in Libya. In parallel, the pre-existing struggle between the Turks and the Cypriots in the Eastern Mediterranean also led the broader Cyprus-Egypt-Israel block to condemn the MoU. This geopolitical dynamic is compounded by the fact that Italian and French oil companies ENI and Total are conducting offshore drilling off the South-West coast of Cyprus. While France has always been a staunch Haftar backer, Italy has gradually developed a policy of ambivalence towards him in Libya.

Overall, Haftar and his supporters would like to see international recognition withdrawn from the GNA. They are leveraging the anti-Turkish sentiment and are considering new avenues, such as the Arab League and African Union, to see their vision come to fruition.

Contrastingly, most states now denouncing the MoU once refused to exert any pressure on Haftar regardless of his and his backers’ hostilities. Instead, they used the Berlin process as either a means to shape an intra-Libyan settlement or a platform to settle geopolitical scores.

Yet, what France and Egypt overlook is the reality that they have little ability to influence the military landscape of Haftar’s offensive. Their efforts to withdraw GNA’s international recognition, if timed appropriately, can deal a capital punishment to the GNA on the political level. However, anti-Haftar forces would likely fill the resulting power vacuum with radical elements, which could yield disastrous results.

Another worrying trend is France, the UAE, and Egypt’s backing of Haftar. Their support toward the commander is de facto complementing Russia’s modest military contribution on the ground with their own diplomatic veil.

Kremlin’s interests are thus advanced at little cost. This confluence of military and diplomatic efforts is currently working to Putin’s advantage and provides Russia with disproportionate clout. Now, Russia can shape the contemporary military landscape in Tripoli’s surroundings, sabotage the Berlin process, and determine Haftar’s fate.

Against this backdrop, Erdogan’s latest provocative statements and his subsequent conversation with Putin on Libya should come as no surprise.  The Turkish leader’s calculus, which may well bear fruit, is that pursuing his ongoing and direct negotiations with Putin will ultimately undermine the political efforts of all other Haftar supporters. Turkish Foreign Minister Çavuşoğlu confirmed this recently at the Doha Forum, stating that “Erdogan and Putin agreed to work bilaterally to stop the bloodshed in Libya."

Ideologically and operationally, both Putin and Erdogan have pre-existing areas of cooperation that could be leveraged in Libya, making this rapprochement all the more plausible. Much like Russia’s control over Haftar’s political legitimacy, the GNA’s destiny is in Turkey’s hands, with all other players gradually losing relevance.

Ultimately, U.S. and Europe inaction opens the door to multipolarity in Libya, with Turkey and Russia jointly filling the vacuum they left. A real convergence in the interests of foreign players in Libya towards peace is certainly needed.

A momentary bilateral Ankara-Moscow rapprochement in Libya may induce a lull in the conflict, or even provide short-term stability. But backroom diplomacy between Turkey and Russia will not be enough to temper the interference of other players, nor will it bring Libyans to the table. Simply put, American and European incoherence and disunity guarantees that the long-term resolution of Libya’s conundrum remains elusive.

This article was first published by Carnegie Endowment for International Peace.

Real Politics Is Being Forced on Russia’s Communist Party

The Kremlin is abandoning attempts to cosplay democracy and relying more openly on the suppression of any critical voices, including the KPRF.
opinion Vitaly Gorokhov

Is Russia Cementing an Olympic Win?

Tokyo 2020 shows that a “rally around the flag” effect is possible even if the flag is banned.
opinion Michele A. Berdy