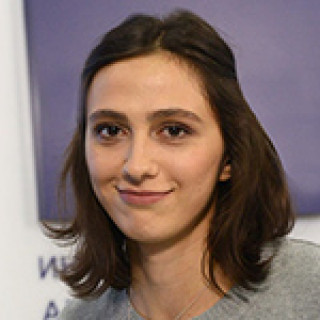 I was deprived of the right to compete under the Russian flag in 2015. It looks like I won’t get it back until at least 2024. I’m not a judge so I can’t issue a verdict or punish those who are responsible for this. I’m just an athlete, but I have many questions.

What actually happened in the Russian Athletics Federation (RAF) in 2015? Did we conduct an internal investigation? Who was ultimately punished — apart from the athletes who were caught doping and the five or six officials and coaches who were suspended directly by the IAAF (International Association of Athletics Federations)? Did we simply agree with the accusations and decide not to pursue it further?

And if the main people responsible for the scandal were punished, then why has barely anything changed? How come our athletes continue to systematically use banned substances, how come coaches linked to doping continue to work with impunity and how come our sporting officials continue to falsify official documents?

Could it really be that our Sports Ministry and national Olympics committee were satisfied with the RAF’s directors these past four years?

The charter of RAF states that the main goal of the federation is to develop, advance and popularize athletics in Russia.

Meanwhile, the majority of our regional federations are barely making ends meet and our athletes are competing in domestic tournaments with little hope for financial reward.

‘We Got What We Deserved’: Russia Reacts to Doping Ban

Are you aware that our sporting results have been deteriorating and that athletics as a sport is disappearing from our cities and television screens? Or that there are hardly any track-and-field stadiums left in the country? Isn’t this indicative of the work that you’ve done?

No one spoke out in my defense when RAF’s head, Dmitry Shlyakhtin, alluded that I might lose my right to compete as a neutral athlete after my criticism of him. Do you think that’s normal? I don’t think so. Although none of our officials seem to have a problem with the fact that this person — who is the minister of sports of the Samara region —was suspended by the IAAF’s doping unit and kicked out of the federation but continues to play a role in its affairs and pushes through his cronies into leadership positions.

I won’t be surprised if he is the person who our sports ministry chooses to appeal to CAS.

Do you really think that RAF’s current executive committee, which consists of just 10 people, has the right to determine the fate of the federation for 2020? Will anything improve if we trust the same people who for years blindly followed their now-suspended director??

Moreover, I’d really like to know: What has our sports ministry and Olympics committee done for me over the past 4 years? They’ve created so many commissions, but I’ve never seen the results of any of their work. In fact, I don’t even have neutral status anymore, nor do I have the opportunity to restore it.

Russia Banned From Olympics for 4 Years Over Doping Scandal

Should I personally sue Shlyakhtin and RAF, whose “professionalism” brought us to the current situation? Fine, I’ll look into it. I’ve already missed out on one Olympics and a year and a half of international competitions. And it looks like that won’t end soon. So who is to blame for all of this, and who will return what I’ve lost?

How have we gotten to the point at which getting neutral status is supposed to be a good outcome for an athlete?

I’m a Russian athlete and I should have the right to freely compete on the international stage under the Russian flag and hearing the Russian anthem. I shouldn’t have to wake up in the morning and wonder whether or not IAAF will allow me to compete.

You often rebuke me for my emotional criticism and for not proposing candidates to replace our coaches and officials that have been suspended. I’m always surprised when I hear this. I’m not the one who is supposed to be offering solutions. My job is to high jump and I’m accountable to you through my sporting results—which, I don’t think anyone can hold against me. In the same way, you are supposed to be accountable to us based on your work. After all, it is your organizations that are in charge of sports in our country.

I am fully aware that I’m unlikely to get an answer to my questions. Some might say that I don’t have the full picture, while others might offer me sympathy.

I don’t need any of that. I just want to be honest to myself, my fans and other young athletes. I want to receive that which is rightfully mine — the right to perform. That’s what I’m fighting for!

A Russian version of this article was first published by Championat.

Mariya Lasitskene is a Russian athlete who specializes in the high jump. She won the gold medal at the 2015, 2017 and the 2019 World Championships.

Mariya Lasitskene is a Russian athlete who specializes in the high jump. She won the gold medal at the 2015, 2017 and the 2019 World Championships.

Thanks for signing up!
Read more about: WADA , Olympics

IOC to Appeal all CAS Decisions on Cleared Russian Athletes

"We are unsatisfied with the decision and the motivation and we will be appealing."
WADA

Russian Olympic Committee Chair Will Not Run for Re-election