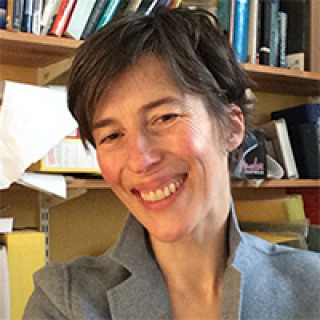 What makes democracy resilient is its acceptance that we, the people, and by extension our governments, are imperfect. The separation of powers between executive, legislature, and judiciary are there to keep the debate continuous, rights protected, and imperfect governments honest as they pursue their current mandate. In totalitarian systems, by contrast, the governing regime justifies itself by a supposedly ‘scientific’ blueprint. The law is reduced to an instrument for the fulfilment of that blueprint.

From the illegality of the leave campaign to the decrial of judges and MPs as “the enemies of the people” to the prorogation of parliament, the Johnson-Cummings team has transitioned from the norms of liberal democracy to the attitudes of totalitarians. Ideologies matter in democracies because they structure the debate within a given set of institutions. In totalitarian systems, the ideas matter absolutely, because they define all institutions and the single doctrine under which they operate. So what are those ideas? And how did we get here? The answer is slowly, over forty years.

Since the election of Margaret Thatcher in 1979, successive governments of New Right and New Left have attempted to implement an asserted science of government based on the radical, free-market neoclassical economics of the Virginia and Chicago Schools: neoliberalism. This new bipartisan consensus effectively disabled the representative, conflict-resolving functions of the party system. Its dominant idea — that markets are always more efficient, the private morally and functionally superior to the public — has led to the quiet shattering of the state as an effective mechanism of social integration within capitalism. The claims of neoliberalism are based on utopian assumptions; the supply-side revolution has failed accordingly, and we are living with the systemic consequences of that failure.

Lavrov: We're Not Rubbing Our Hands With Glee Over Brexit

The extraordinary fact is that the Leninism of the one-party vanguard Soviet state and the supply-side revolution fail for many of the same reasons. When you explore the neoclassical economics at the root of the U.K.’s neoliberal reforms, it has far more in common with Leninism than with the political economic doctrines of the post-war era. Anglo Keynesianism, German Ordoliberalism and the Swedish Rehn-Meidner models all accepted the realities of radical uncertainty and the incompleteness of human rationality. The affinities between the economic libertarianism of the last forty years and Leninism are rooted in their common dependence on a closed system, machine model of the political economy. Both depend on a hyper-rational conception of human motivation: a perfect utilitarian rationality versus a perfect social rationality. The policy failures that ensue are written into this DNA.

These ideological affinities produce real institutional consequences. The conception of the political economy as a closed system governed by reliable laws of motion sustains a doctrinaire faith in the functionality of a “pure regime.” Both reject the idea — and the empirical reality — that states and markets when combined are more productive, innovative, just, and stable.

Leninism as it evolved in the Soviet system believed in the complete subordination of markets to the plan. For neoliberals, the state must be subordinated to market mechanisms. When it comes to the mechanics of government, Leninism and neoliberalism justify a near identical methodology of output planning, quantification, forecasting and target setting: techniques that only make sense in a closed-system, machine world. In the real world that is inescapably complex and uncertain, however, the result is a set of deepening socio-economic crises in both systems.

UK and Russia after Trump and Brexit: What’s Next?

As a vanguard state of the supply-side revolution, the U.K. today is playing out the tragic punchline to a dark historical joke. Soviet and neoliberal states share pathologies that span from chronic forecasting and planning errors to rising costs, from the demoralisation of the state’s de-professionalised personnel to political sclerosis, flawed analytical monoculture, and corporate state capture. The more neoliberals embrace their materialist utopia as an infallible science, the higher the tide of unanticipated consequences and systemic failure; the louder the mordant laughter of Soviet ghosts.

If the combative Thatcher governments were Leninists, the Blair years were those of Khrushchev, who sought to render the system more socially inclusive, to invest in new technology and to experiment with the new systems of governance. The Conservative-Liberal coalition ushered in neoliberalism: the Brezhnev years. A critical juncture of profound public disillusionment and reactive political hiatus was inevitable and the global financial crisis had brought it forward. In the Soviet system, the years under Leonid Brezhnev (1964-1982) were those of the fullest systemic entropy: the period of ossification, self-dealing, and directionless political churn. The central committees of the Brezhnev era combined cynical opportunists and true believers: the only people prepared to respond to ever more apparent systemic failures by doubling down on traditionalist orthodoxy.

The Johnson cabinet is only the most extreme version of successive Conservative cabinets unable or unwilling to believe the evidence of their own eyes: that neoliberalism does not work in the terms by which it is justified. In Sajid Javid as Chancellor we have diligently rigid true-believer: a supply-sider with roots in the financial sector, the last redoubt of that cadre.

What is problematic for this cabinet however is that there is no majority social base for their actual project, which is the completion of the supply-side revolution, the creation of a free trade, deregulated, offshore (i.e. tax haven) Britain and the shrinking of the state towards the utopian night-watchman minimum. How could there be? The supply side reforms to date were supposed to produce a lean and efficient bureaucracy and a newly-innovative enterprise culture. What they have created in practice is the worst of both regimes. As the state as socio-economic referee has been withdrawn, the U.K. economy has succumbed to a dominant business model in which financial extraction via the maximisation of shareholder value has completely undermined the culture of investment and with it the productive and innovative capacity of the private sector.

The rising social inequality and misery produced by the financialised economy overwhelms a welfare state now cut and asset-stripped to the bone. At the centre of this is an informationally and organisationally fragmented state shorn of strategic capacity and forced to manage many of its most complex and important social functions via outsourced contracts. Remove the market rhetoric and outsourcing amounts to Soviet enterprise planning — but with added profit taking. The only way to complete this revolution today is under cover of other projects: Brexit is ideal. It provided the wrong diagnosis of a real crisis: that of the U.K. state.

The leaders of the real, productive economy in the U.K. oppose Brexit in principle and dread “No Deal” as a willful act of economic self sabotage. The leaders of the financially extractive economy and those who benefit from the really-existing-supply-side-revolution demand Brexit as an opportunity to escape EU regulations that have acted as a brake on their worst excesses. “No deal” for this group promises an unprecedented fire sale of U.K. public, corporate, and land assets. Out of the top five donors to the leave campaign, four had made their fortunes in private equity firms. That the extreme economic purpose of Brexit has been successfully conflated with an act of national liberation from tyranny is a product of skillful charismatic politics, a polarised social media landscape nevertheless driven by conventional media skewed ever further to the right.

The definition of charismatic politics is the ability to reconcile seemingly irreconcilable ideas. Cummings, Johnson, and Gove combine a classic Chicago School scorn for the state with a charismatic talent for populism. It is a remarkable achievement to sell the obliteration of the post-war democratic state as the final iteration of the Dambuster spirit.

However, it is one thing for first generation revolutionaries to feel that any means justify the ends, as the process of educating the population in their true natures has just begun. Decades into a systematically failing project, however, and this strategy requires heroic levels of self-delusion. As Spender concluded in “The God That Failed,” the proper question for communists became that of how much human suffering, incompetence, and corruption you are willing to inflict on your society in the name of your beliefs before you concede they might have been wrong after all.

Today’s cabinet of neoliberal Brezhnevites are seeking to render irreversible a system that is at the height of its structural power but built on a now demonstrably mistaken blueprint that no longer possesses any genuinely popular means of support. We live in an era where governments unwilling to admit their fundamental errors of policy entrench the core doctrine, even as it drags the society underwater. As the Soviets found, when the popular legitimacy of your actual project is lost, the culture of lies and populist scapegoating becomes your only option. Brexit has offered a cornucopia. The purpose of policy-making and public spending during this last-ditch attempt to monopolise power — the only way this revolution now continues — will have a purely instrumental electoral logic.

As in Leninism, the promised withering away of the state under neoliberalism is ultimately a religious utopia: it promises to return us to an Edenic state of nature before the fall. In the Brezhnev era, the Leninist doctrine became an alibi for the abuses of massively centralized power; in the neoliberal version the state will likewise fail to wither anywhere. Instead, it will become more completely captured by business and financial interests, with unprecedented abuses of public policy and money to follow. The completion of the supply-side revolution isn’t compatible with democracy. It will only demonstrate to a more extreme degree how wrong its founding assumptions are. The result is the vicious politics of Pinochet in Chile and of the constitutional nihilist Trump in the U.S.. It is a politics that moves seamlessly to the nativist crony capitalism of Orban in Hungary. A chief strategy of Orban’s regime is to set deliberate political economic fires for his party to dramatically extinguish.

More important than any of this, however, is the fact that all this could not be further from the problem-solving politics and state that we need to deal with the climate emergency. The closed-system, machine model of the economy assumes all future movements and changes in the economy are already determined by the fundamental real parameters of the system, and these cannot be changed by human action. In the real world, the parameters of the global political economy are being transformed every day for the worse by the accelerating ecological crisis. To sustain a cabinet of climate-change-denying neoliberal hardliners who reject the rule of law at this point is the very height of folly.

This article originally appeared on the LSE British Politics and Policy Blog.

Abby Innes is an Assistant Professor of Political Economy at the LSE.

Abby Innes is an Assistant Professor of Political Economy at the LSE.

Thanks for signing up!
Read more about: Soviet Union , Britain

Russian Communists marched and laid flowers next to Lenin's Mausoleum as the nation remains split over the revolution's legacy.
right to restitution

Surviving descendants of victims of Stalinist repressions filed a class-action lawsuit to demand compensation the law says they are entitled to.
returning the names

Every Oct. 29, activists read the names, ages and professions of those who died in Stalin’s purges in the 1930s.
Banks

Russia's Sberbank has been forced to give a £5.5 million ($6.7 million) boost to its struggling London investment bank, the bne Intellinews news website...