The Syrian war was largely over by the end of 2018, but the country remains a bleeding hotspot that can threaten Israeli and American interests. There is one way to minimize the risks of further instability, give hope to war-weary Syrians and meet big-power strategic objectives: forging an American-Russian deal. That’s not as far-fetched as it sounds.

By the end of 2018 when the worst of the fighting ended, Syria had suffered more than 500,000 deaths and $400 billion in damage. Half of the population had been forced to flee their homes; more than 5.5 million refugees left Syria and the rest were displaced internally.

And yet the risk factors that remain are hard to overstate: No civilian and economic rehabilitation has begun in the ruined state, weapons are still widely available, anger at an oppressive regime simmers among the population, Sunni extremists are ruling the Idlib area in northwest Syria and various foreign forces are still deployed in the country.

A return to fighting is hardly a remote possibility. Even if some measure of stability is maintained by Bashar Al-Assad’s regime, the advance of Iranian military capabilities in Syria – and in Lebanon – threaten Israeli and American interests and embolden Iran to take further action against its Sunni rivals.

The possibility of a Sunni extremist entity in eastern Syria threatens stability in Iraq and Jordan. Those risks would be heightened if the U.S. decides to withdraw its forces from Syria.

Despite the sometimes toxic relations between the U.S. and Russia, the door is not closed for a deal over Syria that serves the strategic interests of both players. The compromises required are within the realm of acceptability for both states. What would a Russo-American deal look like?

Syria and Now Iran: How the U.S. Is Driving Russia South

First, it would recognize Assad’s regime for now and delay the United Nations-mandated political transition process in Syria. The signatories would agree to fund Syria’s economic rehabilitation process, providing Assad a major incentive to accept.

In return, they would insist on the withdrawal of all Iranian military components from Syria and cut off the supply of illegal arms to the country. They would also agree on the preservation of the autonomous rights of the anti-Assad Syrian Democratic Forces as well as the Kurdish and Sunni communities in east and north Syria as a bulwark against any resurgence in Islamic State.

In practical terms, Russia would have to invest military and political resources to ensure the Iranian military withdrawal and monitor the border for combatants and arms traffic. That would mean interdicting Iranian, Hezbollah, IS and other pro-Iranian and Sunni extremist factions and preventing any insurgent activity from Syrian soil towards neighboring states.

Why would Russian President Vladimir Putin agree to such a deal? Russia would achieve its objective of keeping Assad in power and reap some economic benefits during the rehabilitation process in Syria. It would also receive global and regional recognition for its major role in Syria, something Vladimir Putin is likely to value.

For the United States, the main benefits would be more at the political level. First, an agreement along these lines would support regional stabilization while addressing threats to important U.S. allies in the Middle East and especially Israel.

Second, the agreement would be a component in the campaign against the Iranian regional insurgency. Third, it will outline in clearer terms future American involvement in Syria and Iraq, with less direct deployment and involvement in Syria (while continuing American support for the SDF forces and communities) and give the needed focus for Iraq and other regional issues.

For Israel, the agreement would achieve its main interests in the Syrian theater: a push-back of Iranian military entrenchment and a weakening of Lebanese Hezbollah by cutting off its crucial logistic lines from Syria.

It's clear that such agreement carries potential risks, including opposition from the Iranian and Assad regimes, as well as Turkish discontent over the Syrian Kurds’ autonomous rights (although the future political transition of Syria, the prevention of another wave of refugees and American support can provide incentives for Turkish acceptance).

There is also the risk of violations by the signatories, as happened after the de-escalation agreement in southwest Syria that was signed between the U.S., Russia and Jordan in 2017. To overcome these risks, the Syrian deal must be differentiated from the Iranian nuclear issue, the incentives should be defined and clear and an effective supervision process put into place.

An agreement along these lines would benefit U.S. and Israeli interests, meet important Russian objectives and deescalate tensions in the region. Most of all, it would offer the prospect of stability and peace for the people of Syria. The alternative is grim indeed.

IS is a terrorist organization banned in Russia. 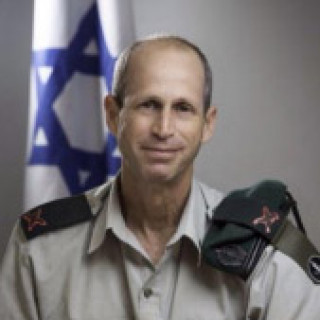 Ram Yavne is a brigadier general (retired) and former head of strategic planning in the Israel Defense Forces.

Ram Yavne is a brigadier general (retired) and former head of strategic planning in the Israel Defense Forces.
Read more about: Syria

The attack was the third offensive on Russia's airbase in Syria in the past week.
Syrian strike

No servicemen were hurt in the attack, which was launched by rebel forces in northwest Syria.
Renewed campaign

The Turkish army had asked for Russia to protect its troops by striking "terrorists in Idlib."
Syria