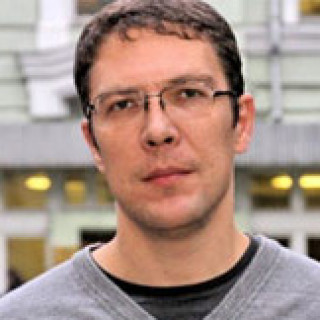 Russia’s southern republic of Ingushetia, which has since last fall been going through one of the most turbulent periods in its post-Soviet history, can hardly be described as a typical Russian region.

Accordingly, there is no point in scanning the recent change of the republic’s head for a model that the Kremlin could apply every time in the event of mass protests against the regional authorities, such as Ingushetia has seen in recent months. The replacement of the once-popular Yunus-Bek Yevkurov with the little-known Makhmud-Ali Kalimatov could, however, reveal a lot about Moscow’s new policy in the North Caucasus.

Those who followed Yevkurov in the first years of his work as the head of Ingushetia could surely not have foreseen such a dismal end to his career in the region. He was appointed head of Ingushetia in the fall of 2008, when the most pressing challenge facing the republic was reestablishing basic security there. If in the 1990s the main source of instability was Ingushetia’s proximity to war-torn Chechnya, in the 2000s it was local radical groups that were gaining strength in the region.

Not for the first time in the North Caucasus, the situation was made worse by disproportionate responses by the security services, with young men whose involvement with armed jihadis was at the very least unproven finding themselves targeted.

This created tension even within the section of Ingush society that did not support the extremists in any way. The previous head of the region, Murat Zyazikov, was clearly not capable of stopping the spiraling violence.

Following his appointment, Yevkurov launched himself into trying to resolve every conflict personally. Under his active patronage, a commission began work on helping those who had decided to quit armed groups to adapt back into society. If they had no blood on their hands and had expressed remorse, they were helped to return to civilian life.

Yevkurov also personally looked into many complaints by local residents about the actions of security service operatives and officials at various levels. Contrasted with the hands-off approach of the region’s former leadership, this could not fail to win Yevkurov supporters in Ingushetia.

So how did this auspicious beginning end in such a dramatic fall from grace, and in his inability to quell the protests that broke out in the republic in 2018?

One reason was that same hands-on approach that had once made Yevkurov so popular. His personal involvement in resolving even the most local of conflicts meant that after eleven years of his leadership, there were a lot of people who were unhappy with various decisions taken by Yevkurov.

Following an assassination attempt on Yevkurov in 2009 and his subsequent absence from political life for several months, cracks began to show in his team, with several high-ranking officials suspected of seeking to take control of the region for themselves. Despite staffing experiments and regular reshuffles by Yevkurov, the conflicts within the regional power structure did not stop, and nor did the corruption scandals, some of which involved relatives of Yevkurov.

The final blow to Yevkurov’s popularity was inflicted by the mass protests that broke out in Ingushetia in September 2018. There is a misconception that they were only about the republic’s border with Chechnya (in Soviet times, Ingushetia and Chechnya comprised one region).

The signing of an agreement on the administrative border between the two Russian republics by Yevkurov and Chechen leader Ramzan Kadyrov was admittedly a major trigger for the protests, but was certainly not the only reason.

Under that agreement, Chechnya gained part of a mountainous forest area that many Ingush activists protested had historically belonged to Ingushetia. Yet not a single inhabited area, even the very smallest, became part of the other republic under the terms of the agreement.

No one disputed that the border between the federal regions would have to be formalized sooner or later, and previous attempts to start work on demarcating the border didn’t attract even a fraction of the public attention in Ingushetia that the issue encountered in 2018.

The trigger for the protests was, therefore, likely not the agreement itself but the manner in which it was signed, behind closed doors. The authorities presented the decision to the region’s residents when it had already been made.

From the very beginning, the protests brought together those who were specifically concerned by the border issue and those motivated by the problem of corruption, the belief that the republic’s head should be directly elected and other issues unrelated to the border question. The protests escalated, with demonstrators calling for Yevkurov’s resignation, clashing with the police, and blocking a major highway. On June 24, Yevkurov announced his resignation.

Who is Ingushetia's new leader?

The name of the new acting head of Ingushetia, Kalimatov, only started being mentioned in the region on the eve of Yevkurov’s resignation. Prior to that, the main topic of discussion among the republic’s inhabitants had been whether the new head would be a local or an outsider, without naming specific candidates.

It’s hard to predict how the new acting head will behave, but some of the circumstances of his appointment are worthy of close attention.

Kalimatov comes from a family that is well known in the republic. He was a notable figure in Ingushetia in the 2000s, heading the regional prosecutor’s office in 2004–2007, before leaving the republic, allegedly over a conflict with its then head, Zyazikov. His brother, Alikhan Kalimatov, a local FSB operative, was killed in Ingushetia in 2007.

Representatives of the Kalimatov family played an active role in the formation of the republic of Ingushetia in 1991–1992, including in the organization of a referendum on establishing Ingushetia as a separate federal subject within Russia. The family is not involved in the current conflict: Its most high-profile representatives were living outside the republic in the fall of 2018, and are not associated with either side in the standoff.

The choice to appoint Kalimatov acting head of the republic shows that staking hopes on outsiders, which was much discussed following the appointment of Vladimir Vasilyev — a non-Dagestani — as leader of the North Caucasus republic of Dagestan in October 2017, is at the very least not seen by the federal center as universal to personnel policy in the North Caucasus. It may well be that the future popularity of the Dagestan staffing model will depend on the success or failure of Kalimatov.

The rich history of law enforcement in the Kalimatov family also contains some hints as to the Kremlin’s new political logic on the North Caucasus. What’s most important here is that the heightened influence of the Chechen leadership in other parts of the North Caucasus does not figure in the interests of the security services, though at the time of Yevkurov’s resignation there was much talk of that growing influence: specifically, that relations between Yevkurov and Chechnya’s Kadyrov had been strained.

Finally, the emergence of a head of Ingushetia who is not involved in any way with the standoff that began in 2018 will theoretically open up an opportunity to start the process of public reconciliation from a blank slate. It only remains to make use of that opportunity.

This article was originally published by Carnegie.

Konstantin Kazenin is a senior research fellow with the Gaidar Institute, specializing in the North Caucasus.

Konstantin Kazenin is a senior research fellow with the Gaidar Institute, specializing in the North Caucasus.

Thanks for signing up!
Read more about: Caucasus

Lavrov made the proposal as new fighting erupted between the Caucasus rivals despite a Russia-brokered truce.
intense clashes

Armenia also said it is not planning to ask for intervention by a Russia-led military alliance.
heightened tensions

Direct Turkish military action would mark a major escalation after days of fighting between Armenian and Azerbaijani forces.
push for peace

Kremlin Urges Turkey to Work for Ceasefire in Karabakh