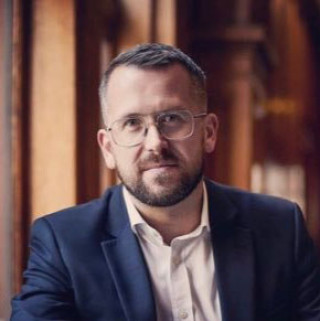 The small Ukrainian town of Avdiivka is unknown to most people. Nestled in the east of Ukraine, just two kilometers from the contact line with the occupied Donbass region, it’s a town that has seen most of its population flee after relentless shelling and gunfire by Russian-led forces. Avdiivka was once a bustling town of heavy industry, as its coke plant – amazingly still running — stands as a reminder of. It is now a battered ghost town that has been filleted of its citizenry and its soul.

The tragedy of Avdiivka is the tragedy of many Putin-sponsored crimes that plague democracies young and old alike. Much of the eastern European region is battling under the Kremlin’s heavy fist, whether it be kinetic operations that violate their sovereignty or more subtle ways of showing small, independent states that Moscow believes it’s in charge.

Indeed, just last week we learned the identities of the four Kremlin-backed agents charged with the MH17 terrorist attack that killed 298 innocent people. It’s also nearly one year since the U.K. government uncovered the identities of the two GRU agents who carried out a chemical weapons attack on U.K. soil, which led to the hospitalization of two Russian nationals, a serving police officer and the death of an innocent British citizen, Dawn Sturgess.

The international community reacted in horror, and a coordinated expulsion of a record number of Russian diplomats followed. Who’d have thought they’d unravel it all within a year?

It is against this backdrop of terror and criminality that the Parliamentary Assembly of the Council of Europe amended its rules to allow the readmission of the Russian delegation — sanctioned after the illegal occupation of Ukrainian territory in 2014 — back in to the human rights body.

Ukraine, the Baltic states and other eastern European governments are justifiably angered. Some in the British Government want to underplay the significance of this development, but member states who supported this change are visibly embarrassed by their actions, evidenced by the fact that the PACE press release didn’t even mention the outcome of the change that had been pushed through against the will of Russia’s neighbors.

It’s telling that most of those who are against this move are states geographically closest to Russia whilst, those who endorsed it remain at a safe distance. But geography provides no comfort.

Some have argued that it is better for Russian civil right activists to have the federation back in the councilto provide an avenue of accountability for human rights breaches. This ignores the fact that Russia’s government continues to shun the rulings of international bodies — most recently the ruling of the International Tribunal of the Law of the Sea, which required Putin to release the 24 Ukrainian Sailors Russia has held illegally since December last year.

Putin gives not one jot about any ruling that would side with civil rights campaigners in his own nation.

I would also remind those who advocate this line that Russian law always take precedence over any other body of law, hence why there has been no trial of the two state-linked assassins responsible for the Novichok attack in Salisbury, for whom extradition has been sought and denied. Russia’s constitution forbids the extradition of its citizens to face trial abroad.

The truth is that this Faustian pact helps only the coffers of the council and the tyrant in Red Square.

It does nothing for human rights activists in Russia and has only offended young democracies on Putin’s doorstep, left standing for European values while western Europe shrugs its shoulders. How grotesque.

While Putin and his cronies continue to disrupt democracies, fund military operations that violate European sovereignty and murder those it considers inconvenient, the truth is that we have let down those in Russia who want to see their country turn a corner and embrace democratic reform.

Europe has opted to embolden the tyrant at the expense of the oppressed — both in Russia itself and on our very own continent.

Thankfully, as recent protests in Georgia show, there are some willing to stand up for the dignity of democracy. Many in Tbilisi will know of a town just like Avdiivka. So, when the next Kremlin intervention happens in Europe, Europe mustn’t feign surprise. We were warned.

For a different take on Russia rejoining PACE, click here for an opinion piece by Vladimir Ryzhkov.

Stewart McDonald is a Scottish Member of Parliament for Glasgow South & SNP Spokesperson for Defence.  @StewartMcDonald

Stewart McDonald is a Scottish Member of Parliament for Glasgow South & SNP Spokesperson for Defence.  @StewartMcDonald
Read more about: Europe

The sanctions will target six people — likely to be Russian officials — as well as one entity "involved in the Novichok program."
‘SERIOUS CRIME’

Navalny, who is being treated in Germany, blames Putin for his near-fatal poisoning by Novichok.