The recent naval incident off the Kerch Strait sends one clear message: The situation between Russia and Ukraine is inherently fraught with a real danger of war.

Given the deepening confrontation between Russia and the United States, and Ukraine’s close relations with America and NATO, such a war, should it break out, may not be easily contained. Thus, the situation needs to be handled with the utmost care. Political affinities and emotions should not stand in the way of exercising cold reasoning and assuming responsibility. No one should be given a license to provoke a shooting conflict that might engulf Europe.

An analysis of the developments off the coast of Crimea leads to the following conclusion. The Ukrainian vessels, en route from Odessa in the Black Sea to Mariupol in the Sea of Azov, sailed through the waters that Ukraine regards as its own, and Moscow, since 2014, sees as belonging to Russia, alongside Crimea.

The Ukrainian Navy also either failed to file a request with the Russians for passing through the Kerch Strait or filed it late, and did not wait for the Russians to respond. Thus, Kiev was making a statement: Russia’s annexation of Crimea is illegal; its control of the Kerch Strait is unacceptable; and freedom of navigation must be upheld.

The Russian coast guard responded forcefully. They physically blocked the strait, rammed one of the Ukrainian vessels, opened fire that injured three Ukrainian sailors, and detained all three craft with 24 crew members. As late as September 23, Russia allowed two Ukrainian ships to cross into the Sea of Azov on the basis of an agreed-upon procedure. This time, for whatever reasons, Kiev chose not to follow the established protocol.

The Russian authorities could hardly condone the Ukrainian breach of procedure: they were fully resolved to send their message about where Russia’s new borders lie. Moreover, Russian security services are genuinely worried about possible attacks against the recently constructed bridge across the Kerch Strait.

The incident, a first-ever direct clash between the Ukrainian and Russian militaries, has so far not escalated. The Ukrainian sailors and vessels are in Russian custody. At some point, they will be handed over or maybe exchanged for several Russians held in Ukraine. Russian actions have been predictably condemned by the United States, the European Union, and Canada. The Ukrainian parliament has agreed to impose martial law, but for a shorter period than requested by President Poroshenko, and only in the country’s border regions. The presidential election in Ukraine will not be postponed.

Now is precisely the time to reflect on what has happened and think ahead. Legal positions and geopolitical realities are different things. No one besides Turkey recognizes the Turkish Republic of Northern Cyprus. Only a handful of countries apart from Russia back the sovereignty of Abkhazia and South Ossetia.

Serbia refuses to recognize Kosovo, which is also not a member of the United Nations. Nagorno-Karabakh is formally regarded by everyone as part of Azerbaijan. Yet any attempt to substitute the legal position for the geopolitical reality in any of these cases is bound to lead to a collision. Crimea belongs in the same category, only the consequences of the collision are likely to be on a much higher order.

Whoever wins the Ukrainian presidency next spring and whatever the composition of the Verkhovna Rada in the fall, Kiev will not abandon its current stance vis-à-vis Russia. The Kremlin’s hopes for a “more sensible” cast of characters to emerge next year on the Ukrainian political stage will probably soon be dispelled. Kiev will go on condemning Moscow’s aggression, its annexation of Crimea, and occupation of Donbass. Russo-Ukrainian reconciliation is a very long way off.

Just the opposite: the risks of flare-ups, whether around Crimea, in the Sea of Azov, or in Donbass will remain worryingly high in the foreseeable future.

European Politicians Call for New Sanctions on Russia Over Ukraine

Russia has no interest in ratcheting up tensions with Ukraine. It will not win Ukraine back, and can destroy even the small chance of improving relations with Western Europe. Responding to Ukrainian actions needs to be firm in spirit but smart in execution.

Russians need to realize that Kiev has to deal with Moscow from a position of weakness, and such a stance often carries an element of recklessness: look at the way in which Russian pilots warded off U.S. planes from coming too close to Russia’s borders. Five years after the Maidan, it is time to accept that Ukraine is a long-term issue for Russia, and this requires Moscow to show patience and develop a strategy.

Ukraine’s major resource is appealing for outside support against Russia. There is no doubt that the United States and its European allies will continue to back Ukraine politically. They will also give it economic, financial, and military assistance. They will mute or tone down their criticism of Ukrainian policies and actions as necessary, in order “not to provide grist to Mr. Putin’s mill.” This fully fits within the paradigm of the current U.S.-Russian “Hybrid War.”

However, there has to be a word of caution. Ukrainian leaders should not get the idea that whatever they do to provoke the Russians to “show their true colors” will pass. The 2008 experience of Mikheil Saakashvili, who started a war to liberate part of Georgia’s sovereign territory only to discover that the U.S. forces were not rushing to his rescue, should serve as a warning. The Georgia war was brief and securely contained. Ukraine, God forbid, would be anything but.

Dmitry Trenin is director of The Carnegie Moscow Center, where this piece was originally published. The views and opinions expressed in opinion pieces do not necessarily reflect the position of The Moscow Times. 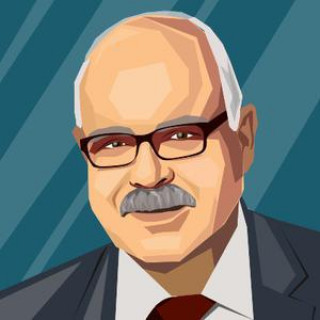 NATO member Turkey, which has friendly ties to both Russia and Ukraine, has sought to position itself as a mediator in the crisis.
presidential fear

Many of the outrageous claims were contained in a televised address Putin gave on Monday.
gearing up for war