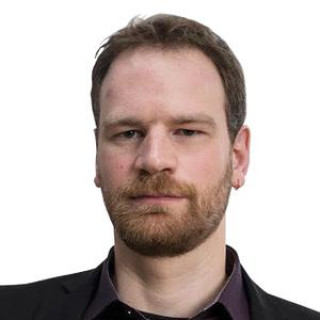 The average length of a course syllabus at most universities in the world is three to four pages. Usually, it contains a brief description of the course, a reading list, a description of the grading policy and the professor’s office hours. This is roughly all a student needs to know to decide whether to take the course.

The average length at a Russian university? Some 30-40 pages. Twelve are taken up by an enormous table that enumerates the competencies a student can expect to develop. The reading list, of course, is so long that it far exceeds what any normal student is capable of actually reading. Even outlining what exactly is included in those 30-40 pages would end up being much longer than this column.

Another Independent University Comes Under Fire

Students hardly ever read the syllabus, because it doesn’t really include the information that they need to determine whether they will take the course. Why, then, do professors actually complete the huge amount of paperwork that goes into compiling these documents? The answer is Rosobrnadzor, Russia’s Federal Education and Science Supervision Agency.

The watchdog performs regular inspections of universities and is tasked with issuing and revoking education licenses and state accreditation. Course syllabi are only one among thousands of documents collected and inspected by the agency.

For a year before an inspection, both faculty and staff must prepare hundreds of boxes filled with the documents. Almost all are produced exclusively for inspectors and are never actually used in the classroom. This huge amount of work effectively paralyzes the education process in many institutions.

However, a series of recent decisions by Rosobrnadzor has escalated this problem to new proportions. On June 21, it denied state accreditation to the Moscow School of Social and Economic Sciences, a university where I teach. MSSES is also known as Shaninka, after its founder, the British sociologist Teodor Shanin. Rosobrnadzor’s decision in June followed another, equally ridiculous move two years ago, when the agency revoked the education license from the European University in St. Petersburg. Since then, endless court appeals have not been able to change the outcome of the decision.

In both cases, the grounds are absurd. The European University was initially accused of not having enough “practitioners” among its faculty (whatever that means). Later, it was charged with failing to provide special furniture needed to teach philosophy and history.

Shaninka’s sins, however, are even more grave: One of the syllabi indicates that the duration of the course is 12 hours, though it is actually 14. And the academic director of the master’s program in law is accused of being insufficiently qualified for the position because he earned his master’s degree in history (he later obtained two academic degrees in Roman Law).

The agency’s criticisms are seen as being self-discrediting by the academic community because both the European University and Shaninka are role models. Shaninka was founded in 1995 jointly with the University of Manchester, which awards diplomas to Shaninka’s master’s graduates. Anti-plagiarism policies, education in English, an emphasis on writing skills — which have become widespread in the Russian academy over the last 20 years — originated from Shaninka. An outpouring from the academic community both in Russia and abroad demonstrates the strong support for the university.

The damage done by Rosobrnadzor to the Russian education system is already unacceptable.

Shaninka’s functioning has not yet been disrupted by Rosobrnadzor’s decision (the university earned its reputation and operated without accreditation for a majority of its existence; its partnerships with British universities constitute quality assurance for the students). However, the damage done by Rosobrnadzor to the Russian education system is already unacceptable, and there is currently no way to prevent the agency or the powers standing behind it from doing more harm, like revoking Shaninka’s license and closing it down, as it did with the European University.

The recent petition addressed to President Vladimir Putin from the Association of Leading Russian Universities demands that the power to accredit universities be transferred to the academic community. The autonomy of Russian universities and their independence from Rosobrnadzor is the only way to ensure Russian science and education integrates into the international academy.

Grigory Yudin is a professor and academic director of the master’s program in political philosophy at MSSES. The views expressed in opinion pieces do not necessarily reflect the position of The Moscow Times.

The views expressed in opinion pieces do not necessarily reflect the position of The Moscow Times.
Read more about: Education

In this bizarre situation where most of us are in home isolation to protect ourselves against the Corona virus, everyone has to reinvent themselves and...
Show-and-tell

The demonstration took place under a banner reading “life for the motherland, honor to no one!”
nothing gold can stay

“If nothing is done, the situation may become tragic by 2025,” researchers warned.
campus politics

MGIMO is considered one of Russia’s elite academic institutions.