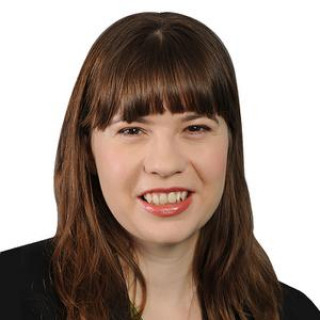 It’s no secret that Vladimir Putin uses prestige sporting events to bolster Russia’s image at home and abroad. Look no further than the Sochi Olympic Games in 2014. But by hosting the FIFA World Cup this year, Putin is playing a more subtle geopolitical game: shoring up ties with regimes in the Middle East at the West’s expense.

In May, a luxury hotel called The Local opened in the capital of Russia’s restive and predominantly Muslim republic of Chechnya. It is the first hotel in the North Caucasus region to be sponsored by a foreign funder — namely, the Fabulous Abu Dhabi Hotel Management Company. The Crown Prince Mohammed bin Zayed attended the opening ceremony. Probably not coincidentally, the hotel is also where Egypt’s national football team will stay during the World Cup.

For years, Moscow has been wooing Cairo on a number of political, military and economic fronts. Last year, Russian special forces deployed to Egypt in an effort to buttress a Moscow-backed warlord in neighboring Libya. In December, Moscow signed a $30-billion deal to build a nuclear power plant in the Arab world’s largest country.

One of the most important tools in the Kremlin’s courtship of Cairo — and a host of other capitals in the Middle East — has been the head of the Chechen republic, Ramzan Kadyrov. And now, he is playing host to the Egyptian squad and its star striker, Mo Salah.

Football is the most popular sport in the Arab world. It evokes strong emotions that intersect a range of political and societal issues. Some analysts say that football in this region can indicate the course of its political events. It’s hard to imagine that Moscow is ignorant of this, and the success of Egypt’s stay in Chechnya — as well as a now iconic photo of Kadyrov posing with Salah — will resonate back home.

Mohamed Salah has to sit out Egypt's first training session in Grozny as his shoulder injury is still not healed - but Chechnya's President Kadyrov comes to say hello
https://t.co/dOZyBdBlL1 #MohamedSalah #WorldCup @AFP pic.twitter.com/5b0ND02MiI

Two years after Putin installed Kadyrov in 2009, his horses began racing in the Dubai World Cup. Posing with his prize animals, Kadyrov began to cultivate a compassionate image with leaders throughout the Middle East, all the while extending little compassion to his own people.

Business has been another avenue. In May last year, the UAE-funded Sheikh Zayed Fund opened in Grozny, pledging $300 million for small and medium business enterprises in the republic for a decade. Kadyrov has, in turn, been funding humanitarian ventures in the Muslim world. Most notable is the reconstruction of Syria’s historic Umayyad Mosque, destroyed in Aleppo in 2013.

Some of those humanitarian efforts, however, function as fronts for intelligence operations. In Syria, Moscow has predominantly used Muslim Chechens as part of Russia’s military police to keep law and order in areas retaken by Syrian government forces.

Russian Troops Being Briefed for Deployment in Syria — Reports

Russia’s closest strategic partner in the region, Iran, was the first national team to arrive in Moscow for the World Cup. The two countries have been fighting side by side in Syria, and Russia has strengthened ties with Tehran by rallying European allies to salvage the Iran nuclear deal scrapped by U.S. President Donald Trump this year — all without visibly ruffling the feathers of Saudi Arabia, Iran's regional rival.

From Moscow to St. Petersburg, Sochi to Kaliningrad, here's a look at where all the 32 teams are based for #WorldCup2018 #WorldCup(Art by @SophiaMiroedova) pic.twitter.com/xJw4ncXKYL

Russia’s Middle East power plays, often leveraged through Kadyrov, erode U.S. influence in the Middle East. They create a perception of Russia as the sole power that can talk to everyone in the region without upsetting the Middle East’s delicate geopolitical balance.

Just as during the Sochi Olympics the absence of strong Western opposition to Russia’s hosting the World Cup will only embolden Putin by granting him the international legitimacy he craves. Moreover, it will likely only increase Russia’s already growing influence in the Middle East — at the expense of the West.

Anna Borshchevskaya is the Ira Weiner Fellow at the Washington Institute for Near East Policy. The views and opinions expressed in opinion pieces do not necessarily reflect the position of The Moscow Times.

Russia’s military has admitted there were "killed and injured" soldiers among its troops in Ukraine without saying how many have died.
opinion Tanya Lokshina

Moscow Plays a Weak Hand on Lawlessness in Chechnya

It's time the Kremlin stops simply whispering in Kadyrov’s ear behind closed doors and demonstrate that lawlessness will no longer be tolerated.
who's to blame

“At least it wouldn’t look as ridiculous as the theory you provided,” Kadyrov said after Navalny blamed Putin for the incident.
Kadyrov

The head of Russia's newly formed Rosgvardiya Victor Zolotov was granted Chechnya's highest award from the acting head of the republic Ramzan Kadyrov,...