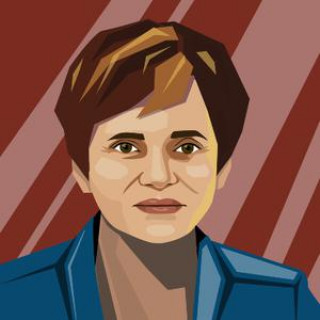 In the 21st century, August has continued to bring Russian citizens unpleasant surprises, such as the war with Georgia in 2008, the prison sentence for Pussy Riot in 2012, or last year’s repression of protesting farmers. And that’s not even the whole list.

August has maintained its grim reputation this year, too. In addition to the massive spate of arson of private homes in Rostov-on-Don and the terrorist act in Surgut, there was an event that shocked the entire cultural community — the arrest of Kirill Serebrennikov, a prominent director of theater and film and a seminal figure in the European arts.

Serebrennikov was arrested on Aug. 21 in St. Petersburg, where he was making a film about the legendary perestroika-era singer Viktor Tsoi. He was transferred to Moscow and held in pre-trial detention. On Aug. 23, the Basmanny Court in Moscow sentenced him to house arrest.

Serebrennikov, the artistic director of the Gogol Center, is accused of embezzling 68 mln rubles ($1.1 million) allocated by the Culture Ministry to carry out the Platforma project, which was created to develop and promote contemporary theater. Although in interviews Vladimir Medinsky, the Culture Minister, tirelessly insists that Serebrennikov’s arrest has nothing to do with politics, no one doubts that we are witnessing a political show trial that marks the end of the independence of post-Soviet culture.

For anyone who knows the country’s history or lived through the Soviet era, the style of this dreary Kafkaesque drama is the giveaway, and the true intentions of the instigator and the executors are obvious. Financial audits began in 2015 after a public denunciation by pseudo-patriotic activists about the director’s “perversions” and covert “disloyalty.” In May 2017, agents of the Investigative Committee raided the theater. Armed to the teeth, wearing camouflage uniforms with ski masks covering their faces, they herded all the actors in the auditorium, took away their phones, and held them for several hours.

"No one doubts that we are witnessing a political show trial that marks the end of the independence of post-Soviet culture."

Kirill Serebrennikov was arrested at night — very much in Stalinist traditions — and brought into court in handcuffs. He listened to the court’s decision sitting behind bars, like he was in a cage. This was an unequivocal message to the cultural community: Their hopes to protect even a small part of their personal autonomy from state pressure had gone up in the air like smoke.

This, by the way, is not the first action meant to intimidate Russia’s creative class. The first alarm rang out back in 2003 when “Orthodox Christian” hooligans vandalized the exhibition “Caution, Religion!” and the court didn’t just acquit them — it convicted the organizers of the exhibition for inciting national and religious enmity.  In the end, the museum curators only had to pay fines, but the case marked the start of mass attacks on secular culture. Next came the sensational trial of Pussy Riot that ended with a prison sentence for two of the participants.

The Show Trial of a Russian Theater Director (Op-ed)

In 2016, there was an uproar in Novosibirsk over a production of the Richard Wagner opera Tannhäuser, staged by the young director Timofei Kulyabin. Another batch of “Orthodox Christian” activists saw “slander of Christ” in the production. The show was removed from the theater’s repertory and the head of the theater was fired.

There are plenty of other examples, such as the authorities’ persecution for many years of Teatr.doc, a troupe that puts on plays about burning social issues; or the thuggish “religious” storm troopers who disrupted performances, crashed art exhibitions, and attacked cultural figures. And that’s not all, of course.

It’s not as if the cultural community didn’t react to such excesses. They wrote collective letters of support, public opinion leaders appealed to the president for help, and famous lawyers defended the victims. But the arrest of Serebrennikov showed that all those measures are insufficient. There needs to be a new level of consolidation of the cultural community to protect their habitat.

This is the main problem that we inherited from our unfortunate totalitarian past: an atomized and fragmented community. The repressive Soviet system prevented society from organizing itself and viciously put down any forms of collective resistance to the state’s abuse of power. The lack of tradition of consolidation is felt particularly keenly now when professional solidarity to support Kirill Serebrennikov and the preservation of culture as a whole are matters of life and death.

I am terribly disturbed by the polemics on social media about the director’s arrest. Only a few theatrical figures — the theater critic Marina Davydova, the playwright and director Ivan Vyrypayev — have called on their colleagues to unanimously protest the fabricated accusation against Serebrennikov and to boycott the authorities in the upcoming elections.

There are more and more texts in which the authors declare that they won’t support Serebrennikov for moral reasons. Their grievances come down to this: It’s his own fault. He took funds from the criminal state, and therefore he served the state. If you continue with that logic, the arrest of Serebrennikov  — the first time a director of this caliber was arrested since Vsevolod Meyerhold in 1939 — was to some extent God’s punishment for Serebrennikov’s conformism — a lesson to him and the entire artistic world.

While insisting on this, the moralists fail to mention that Serebrennikov used the state grant to create dozens of marvelous productions and to found several theatrical institutions, including the celebrated Territory Festival, which has become one of the most important creative and educational theatrical platforms in the country. Actually, for that matter you can serve the state — produce ideological trash — without state subsidies.  A great deal of jingoistic hackwork is produced on private funds. Where there’s a will, there’s a way.

Of course, we might suspect that under the guise of moralizing, the director’s critics are simply envious and cowardly. That may be true, but it’s not all of it.

We saw the same situation in 2001 when the award-winning NTV television channel was dismantled. While thousands of people came to the NTV offices in protest, the journalists’ community was split. Some journalists suddenly doubted that the channel deserved its fine reputation, other journalists at the station had bad things to say about the character of Yevgeny Kiselyov, the head of the channel, and still others reported that the station had a kind of mafia, and so on.

These weren’t isolated incidents, and I’m sure that the people who wrote those texts sincerely believed in their objectivity and independent thought. But this is a kind of social isolationism, since the writers never consider what they write in the broader context. While they declare their uncompromising aversion to the powers that be, when they refuse to defend their own profession they are in fact supporting the repressive politics of the state.

The Russian cultural community is facing a difficult choice: either it will find ways to collectively resist the authoritarian grievances of the state, or culture will once again become ideology’s handmaiden.

There’s good reason for the recent growing interest in the history of Soviet human rights activists, post-war non-conformist art, the heroes of the 1991 revolution, the theory and practice of civil movements. There is an active search for platforms to be used for the consolidation of professional and citizens’ groups. I’d like to believe that we’ll find them.

Irina Prokhorova is a prominent literary critic and cultural historian. She is also the head of the New Literary Observer magazine and publishing house.

"Such situations are sad, but they happen all around the world,” Medinsky said
Police

The director has been placed under house arrest until Oct. 19